Hate meeting: Is it a banal boulevard comedy or the first scene of a tragedy?

We should not underrate them by saying lunatic or lumpen; they may be nothing on their own when they are alone. However, when they are backed by the power of the state, they acquire the power to set the agenda and to repeal the laws, and legislations. 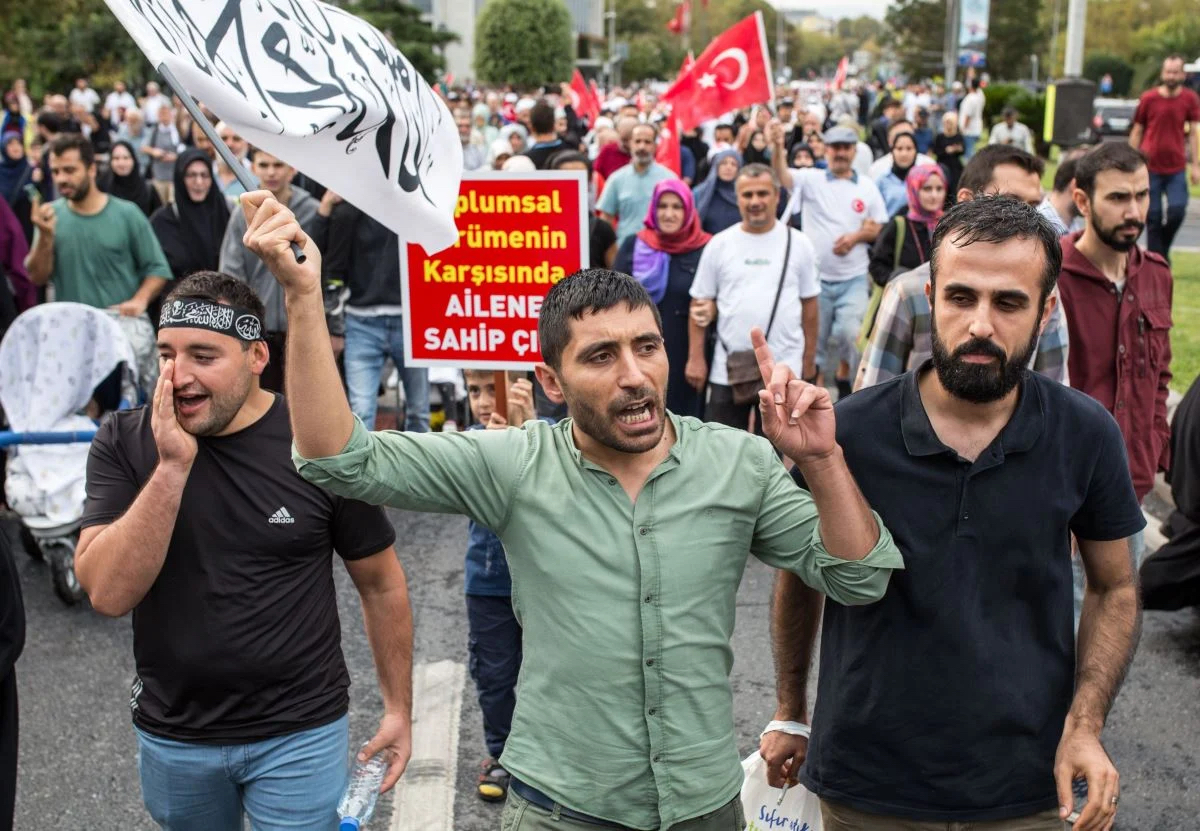 We know this from July 15, which occurred in the glare of publicity as a terrible spectacle of violence. Did it really happen as advertised? What was the plan? Were the budget, ammunition and organization chart clearly laid out, for instance? These questions are of little consequence. Anyway, the credibility was ensured via blood and tears. Our boys did a good job! Mission completed! A bloody movie, in which dozens of people were killed and body parts of them were cut off, was shown to the crowds in the middle of the city, and it was accounted that this would be sufficient. Those who objected and questioned were silenced by saying “What the hell, we have lost so many martyrs! What kind of a thing you imply, traitor!”

This bloody spectacle, which occurred in the glare of publicity, was used as a basis and justification for all kinds of injustice and oppression experienced thereafter. In common usage, “a coup d’état was organized from a coup d’état”. We already know the experiences after 2016.

At first, I didn’t take this hate rally and the calls to Saraçhane in Fatih, seriously either. Since this religious group had made a call to Sultanahmet for an anti-LGBTI+ press statement earlier. However, not even 30-40 people participated in the meeting which was urged and signed by more than a hundred associations. Moreover, their campaign against İstanbul Convention was deplorable. On the other side, they not only succeeded in repealing İstanbul Convention, but they also laid the foundations of the anti-LGBTI+ policy of the forthcoming period via this hate rally. We should not underrate them by saying lunatic or lumpen; they may be nothing on their own when they are alone. However, when they are backed by the power of the state, they acquire the power to set the agenda and to repeal the laws, and legislations. Fascism already likes lumpen and lunatic, as a matter of fact, it isn’t wrong to say: “Fascism is a kind of coalition of lunatics.”

No need to impose logic on this kitsch theatre. Just because it is mind-boggling, it is a pity for our minds. They also seemed ashamed to be a part of this kitschy show. That’s why it was pell-mell represented, what matters were actualizing it in one way or another. The major scene was coming soon, it would already begun.

So what will happen from now on, what may happen? For instance, the government may make allowances for all kinds of unlawfulness and violation of rights by saying “it is necessary to protect children/family” or “Families are annoyed”, from now on. Or it can carry out this oppression, cruelty itself. There is a sub-group of people whose rights have been removed, who are stigmatized as perverts hence who have to continue their life between wind and water, anymore. From now on, landing a job, or renting a flat will be more difficult for them. Employers and hosts will act more recklessly against them. Maybe, murderers and gangs will be armed with guns at backstage of the secret services.

Surely some estimates like consolidating the party alignments, and channeling the outrage of excluded and poor people, who groan bitterly due to economic crisis, to LGBTI+s. That is to say, several birds will be killed with one stone.

Can you imagine what this churlish power, which arrested Gülşen pell-mell on the pretext of an innocent joke and blacklisted Aleyna Tilki due to a tweet, may perform against LGBTI+s, who are the scapegoats of for all seasons all around the world? Just try to imagine.

Well, we are faced with a coalition of lunatics, consisting of TERF, Radio and Television Supreme Court (RTUK), Abdurrahman Dilipak, combatant Tuğçe Kazaz, women from Patriot (Vatan) Party, Alp Erenler (hero saints), some goschist compositions, bigoted sects and all kind of reactionary elements, from now on (God save our minds!) All these elements, which are able to drawn each other in spoonful water under normal conditions, have gathered and settled on LGBTİ+ hatred. It seems that, in these days when we need unity and solidarity the most, the most beautiful, the most realistic and the most authentic common ground was LGBTI+ hostility. Fortunately, we have experienced it as well, Turkey has been waiting for these days since the Tanzimat reform era.