How to be queer without offending the conservatives?

There is no way to be queer without offending the conservatives, but there’s a way to stay together and supported. 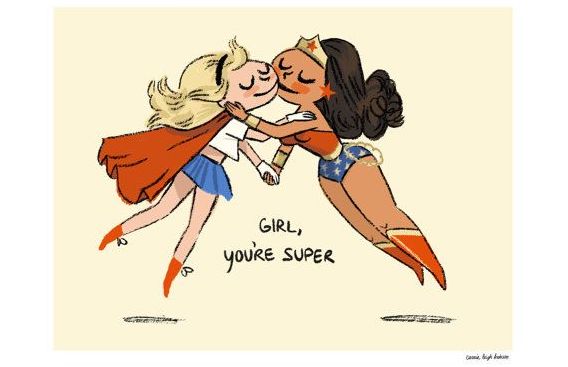 Since 2008, every 26th of April we celebrate Lesbian Visibility Day. It’s a day to recognize and bring visibility to lesbians all around the world. Same-sex sexual activity is a crime in 70 countries around the world, and in 9 of these you can get a death sentence. I have the privilege of living in a country, France, where this is not a crime, marriage equality is legal, and freedom of expression is valued. I also come from a country, Turkey, where being LGBT+ is not a crime, however condemned by the majority of the public. Being a citizen of these two countries that I have a strong bond with, on 26th of April this year, I thought that it would only be fair if I act upon my privilege and speak up about Lesbian Visibility Day. So, I shared this text in Turkish on Twitter:

It’s OK to be into women, to fall in love with them. It’s OK to have butterflies in your stomach when you think about her. It’s OK to lose your mind when you see a beautiful woman, coz why not? It’s OK for a woman to kiss and have sex with another woman (with her consent of course). This is not a fantasy or a fetish. It’s natural that you’re into women. You’re not abnormal or a pervert. Figuring out and accepting your sexual orientation is a difficult phase that takes time. You’re not alone.

All of these things that I say of course apply to bisexual, pansexual and heteroflexible women. Today may be the Day of Lesbian Visibility but despite the heteronormative system, the scale is so large!” 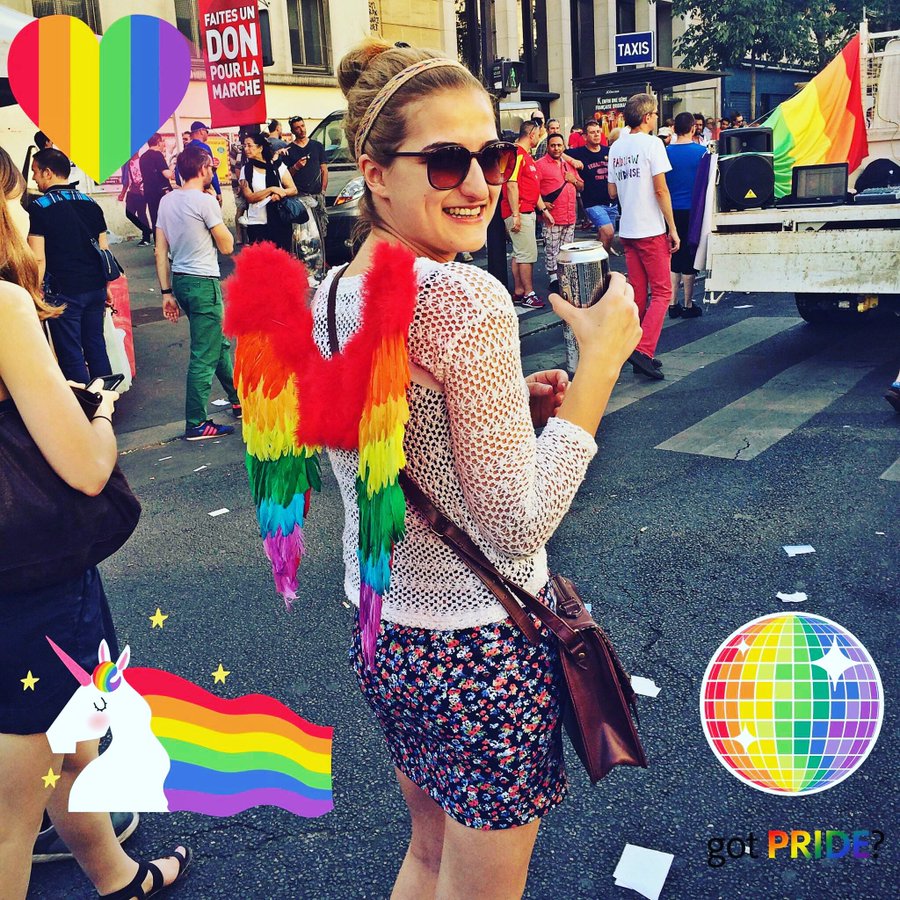 I knew that LGBT+ rights were under attack for a while now in Turkey. Since 2003, Pride Parade took place in Turkey, majorly in Istanbul. In 2013 about 100.000 people participated in Istanbul Pride. However, in 2015, police attacked Istanbul Pride with the excuse of Pride falling into the holy month of Ramadan. Since then, every year municipal officials announce that Pride is banned and if a crowd attempt to gather, armed forces attack them, detaining some of the participants. I knew that with the rise of conservatism every year, more and more people, whether they are public figures or government officials were publicly denouncing LGBT+ community. However, since the COVID-19 situation, I’ve set myself boundaries on following the news and social media feeds. So I had no idea that Ramadan had started and on 24th of April the Chairperson of Religious Affairs Administration in Turkey, Ali Erbaş, targeted LGBT+ community at Friday’s khutbah.* He simply said that Islam curses homosexuality, and brings diseases.

He blamed homosexuals for causing the COVID-19. He encouraged the believers to fight against homosexuals, whom he called evil.

Apparently, there was a bomb waiting to explode, and by tweeting about Lesbian Visibility Day, I contributed to the explosion. I certainly was not the only person tweeting about it. Yet as I learned the next day, the Turkish hashtag of Lesbian Visibility Day became a Trending Topic on Twitter and my Tweet showed up as the Top Tweet, with a reach over 1.5 million. So, I ended up being one of the most of those who got attacked by receiving over 1K messages of threats, insults and hatred.

Why were they so upset? They simply blamed me for badly influencing young kids with my perversion and encoring them to convert to homosexuality. I then got blamed for the outbreak of Coronavirus as one’s sin can result in God’s condemnation with a pandemic or a natural disaster. Then came the people who prayed to God under my Tweet, as they were scared my sin would cause them condemnation. I guess I ended up gaining some bonus points for Heaven as I motivated people to pray. Though those points might have gotten neutralized as many responded saying that I will end up in Hell. They called me sick, a pervert, a demon. Then came those who told me that I “chose” to be a lesbian because I was so ugly or unlovable that I couldn’t “catch” any men. Following another crowd blaming me for lobbying for homosexuality, asking me if I was getting paid by the “external foreign powers” such Netflix. I should have used those Tweets asking for a free subscription of Netflix, but oh well! Then came those men who said that my definition of a lesbian resonates with them as well since they like women, hence now they define themselves as a lesbian. Then came those porn accounts asking to talk to me in direct message, and many men or lesbian impersonators messaging me on Instagram, asking to meet me. I mean since I’m talking about women being attracted to women, I must be open to threesomes, right? I also got reported to the President, the Interior Minister and the Police. They said that my published book should be banned and removed off the shelves, that I’m a spy, that should be arrested, punished by death sentence, if not then by rape.

Hate may be contagious, but so is love. So, I responded by posting a photo of me taken in one of the Pride parades in Paris, saying that this is who I am, happy and beautiful, at peace with myself. After that, I could no longer track what was happening and soon enough I lost access to my account. Apparently, that’s what happens when multiple people spam your account. I could login to my account the next day, only to realize that I accidently came out as a lesbian, which I don’t define myself as one. I define myself as queer, just to be clear. I spent a whole lot of time blocking the hateful messages and hiding some of them. Twitter has this awesome option of hiding replies publicly, which I highly recommend to anyone who gets cyber bullying.

I then saw all of those other lovely messages from people who supported me, some of them also being queer, celebrating their queerness. I felt nurtured with love and compassion.

Here’s my experience of accidently coming out and the backlash I had to face where Islam is the predominant religion, but also the support I received from strangers. Not to mention my lovely friends who are always there for me. All those queer people who can’t come out due to their life conditions; my experience doesn’t fully represent what you’ll have to go through. There are people out there who will support you, who will accept and love you for who you are. You just need to look for them. Contact the associations in your region. There are so many resources out there.

There is no way to be queer without offending the conservatives, but there’s a way to stay together and supported.

*Khutbah is the primary formal occasion for public preaching in the Islamic tradition.