Show must go on!

I have left behind four years with HIV. At the end of four years, a promise, a friendly look, a case of solidarity, a morale boost gave me the power to say these things and shoulder the policy of what I said. 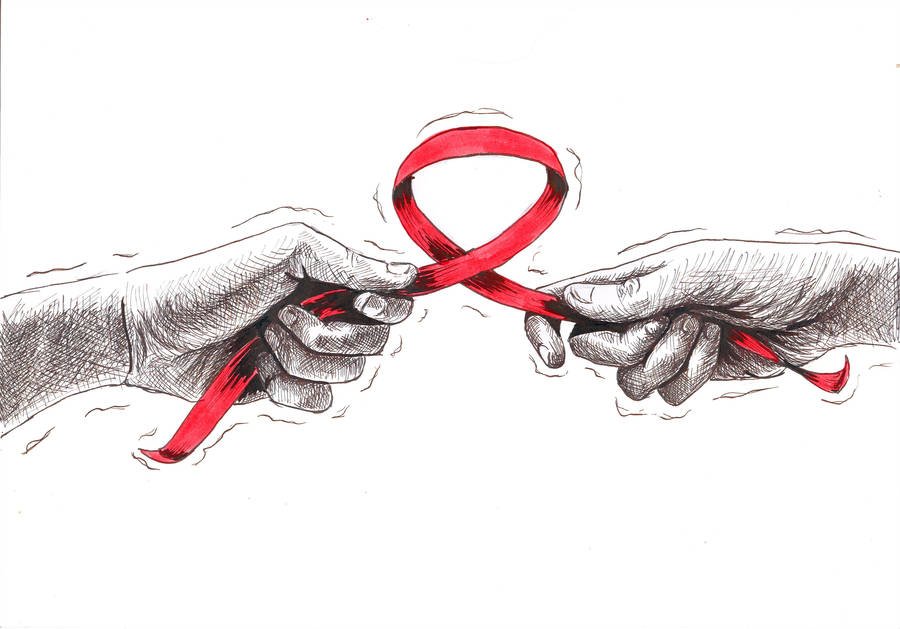 I remember when I was a rookie trans woman. You know, the hardest times. I needed inspiration more than anyone. I had to create a motivation for myself, to be resilient, to be able to fight, to come to my senses. That's why I've searched and scanned for a long time. Really, where would inspiration be found? How would it be used if found? Songs, poems, idols... none of it helped.

One day, all of a sudden, fortune smiled at me. Sorry, I should have said herstory. I found the inspiration I was looking for. Not the songs, not the poems, not the idols. My inspiration was at a time. It's called, you know, the 80’s!

The 80’s got me up. The 80’s made me a rebellious, free girl with curled hair and a lap jacket, singing on the shoulders.

My motivation and inspiration in writing this article are the 80’s again. If this is about HIV, how come it won’t be about the 80’s? It's a time when people living with HIV have rose up, protesting pharmaceutical companies, revolting, going hand in hand with the LGBTI+ movement. The 80’s means the infamous “AIDS crisis” that makes goosebumps for everyone, brings a lump to their throats.

Something happened during last year. Something broke the flow. In December of the Year Two Thousand Nineteen a saying was produced: "I don't have to share my status.”

This statement which was said by the Association For Struggle Against Sexual Violence has created chaos in society, but it has made me stronger than I've ever been. A saying that focuses on the subject has been created. Subject's rights were actually protected. A policy was made that was written in my language and it was for my rights. It was like the 80’s, but no one died.

A lot has happened since the Eighties. HIV has changed a lot. It became undetectable and untransmittable with one drug a day. HIV stopped being an obstacle for working, making children, having sex, or just living. It's become a chronic health condition. But discrimination and hatred have not changed despite all of the scientific developments. What if these developments hadn't happened? Nothing will change the fact that HIV is a human rights issue. Nothing will change the fact that those living with HIV cannot open up, are not employed, disclosed against their own will, and subjected to violence.

There are some words I can't help but say at every opportunity I get:

The people living with HIV exists. They're alive, they have the same blood in their veins, they're as healthy as anyone, they're not dying and they're here. Those living with HIV have their own organizations, their own policies, their own statements. Those living with HIV are struggling for their rights. They struggle with discrimination and hatred to live their lives in a normal flow. They want to get rid of the social crisis that society, the media, and fear have imposed on them, so that everyone has access to up-to-date information.

Those living with HIV do not have to share their status with anyone. Not with the doctor, not with the nurse, nor their partners. Learning and implementing methods to prevent HIV transmission is the responsibility of individuals. People who live with HIV are indebted to anyone or are not more dangerous than anyone just because they live with HIV. Instead of being bullied into sharing their status, it is much more meaningful to create safe environments where people living with HIV can easily open up.

HIV is everyone's issue. People living with HIV are not the issue. The issue is the cost of condom prices, lacking government policies, overarching policies for PREP and PEP have not been introduced.

Condoms don't just serve as a barrier to HIV. A condom is also a birth control tool. The use of condoms in a relationship is a decision made by the partners together. One party has no more obligations than the other. At this point, it is not irresponsible not to use a condom. People may knowingly and willingly become infected with HIV through certain decisions. In fact, HIV-positive people are not people who are being punished for their irresponsibility.

If you want to do something about HIV, you can start by listening to the stories of those living with HIV to replace discriminatory attitudes and discourse with an inclusive attitude and discourse.

I have left behind four years with HIV. At the end of four years, a promise, a friendly look, a case of solidarity, a morale boost gave me the power to say these things and shoulder the policy of what I said. Not just voicing them. This is exactly the world that I want to give to those living with HIV.

Since my inspiration was the 80’s and the 80’s cannot be separated from HIV, then I'd like to end this with the words of Freddie Mercury;

“inside my heart is breaking, my make-up may be flaking, but my smile still stays on”