"Turkey's representative to the United Nations did not say the truth" 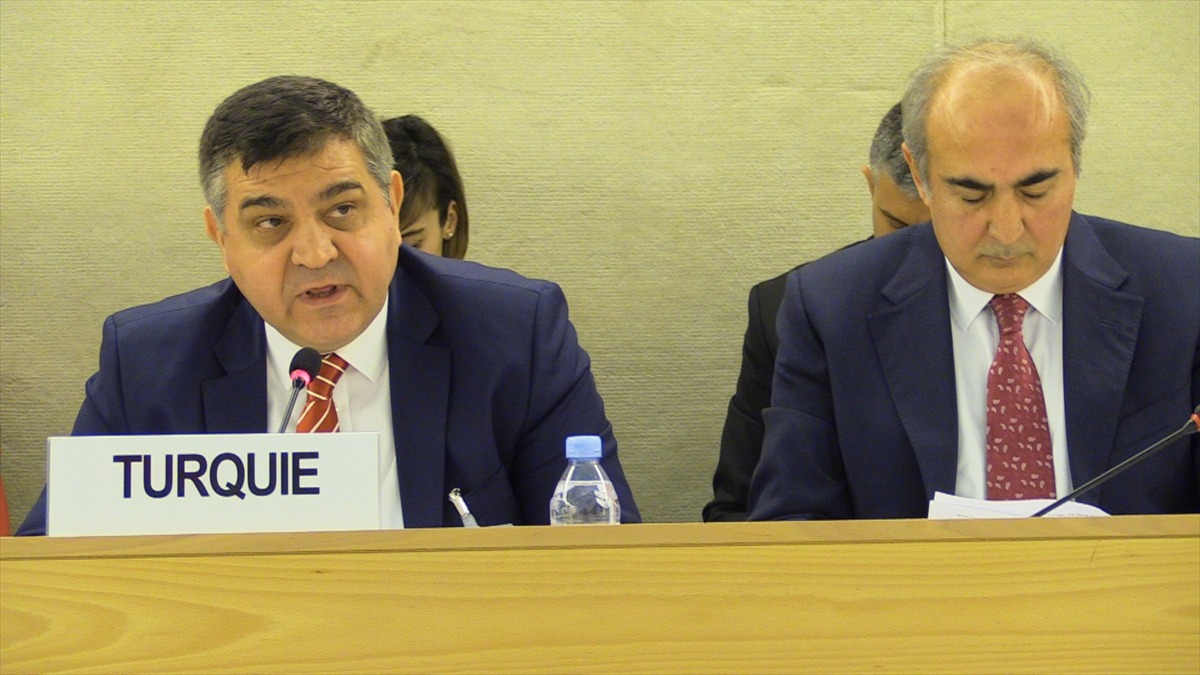 At the Universal Periodic Review meeting, where 15 states presented recommendations and criticisms of LGBTI+ rights at the United Nations (UN) Office in Geneva, Deputy Foreign Minister Faruk Kaymakçı claimed that LGBTI+'s in Turkey have freedom of speech and demonstration.

Lawyer Kerem Dikmen from Kaos GL commentated on the response of Kaymakçı.

Att. Dikmen says, “Government officials can exhibit such behavior where they either by individual attitude or as an outcome of institutional decision-making they make a statement that does not answer any of the issues or by-pass them. This type of behavior does not aim to respond but to act as if they did. It's a common practice for states that frequently violate human rights.”

Dikmen reminds that the bans against LGBTI+'s in Turkey are being monitored by the world, adding, "What Turkey representative Kaymakçı said was to completely ignore the world's ability to access information. In fact, when we say beyond truth, it is this kind of policy; to bend reality and build its own truth."

"Not only demonstration marches; even movie screenings are banned in Ankara"

"Let's be clear; Turkey's UN representative did not say the truth. The world did not believe these words that did not contain any truth. So what did Turkey hide the facts about? With a few exceptions in Izmir since 2015, LGBTI+'s living in Turkey has not been able to march in any demonstrations. Be careful here, we are talking about Turkey, not a specific city.

In Ankara, not only demonstration marches; even simple movie screenings are banned. This is because of the general ban, which has been in effect since October 3, 2018. What makes this general ban is it's an omnibus bill. So neither theatre, nor cinevision, nor a simple meeting, or a simple cocktail can be held by LGBTI+ rights advocates. Let's take it one step further, it is not possible for an LGBTI+ rights advocacy association in Ankara to show a film shown by any association today."

The truth is not far…

Att. Dikmen says to prove the Deputy Foreign Minister Faruk Kaymakçı's claims do not reflect the truth, all you need to do is to check the website of the Governorate of Ankara: "Well, how do we know that the statements made before the UN are not true. There is no need for far-and-right research, it is possible to understand this when you look at the website of the Governorate of Ankara. And the governor's statements on the lawsuits filed on the subject..."