A Historic Event in Montenegro

Forum Progres, the Montenegron LGBT organization, has been recently coordinating a campaign for the LGBT community in Turkey as a symbolic and powerful way of solidarity. 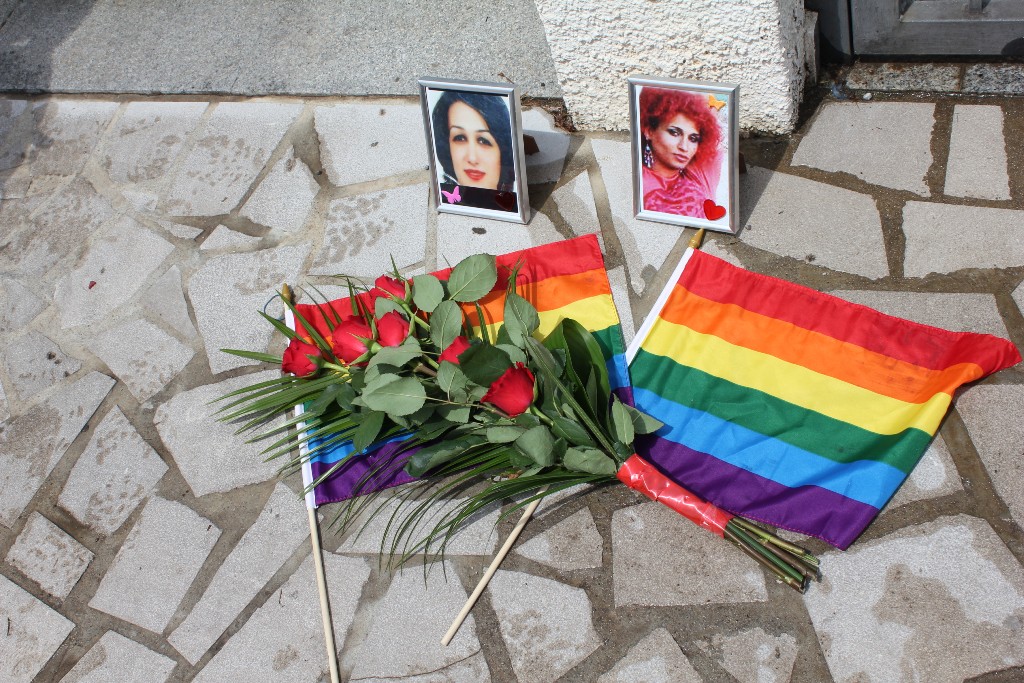 Forum Progres, the Montenegron LGBT organization, has been recently coordinating a campaign for the LGBT community in Turkey as a symbolic and powerful way of solidarity. The campaign has been aiming to bring visibility especially to the violence targeting the trans community. The letter prepared by the organization has received great international support and was read in front of the Turkish Embassy in Montenegro yesterday. The call was addressing the Ambassador of Turkey to Montenegro Kesoğlu, Prime Minister of Turkey Erdoğan and President of Turkey Gül and urging them take the necessary measures to revise Turkish legislations  to stop police violence and discrimination against trans people at all levels and in all public spheres.
The statement of the organization is below:
Press Release by LGBT Forum Progess
A historic LGBT event has just occurred in Montenegro. Namely, the "LBGT  Forum Progress” and friends have held a protest in front of the Turkish embassy today at 11:30am.
The protest parade started from the offices of the ”LGBT Forum Progress” and proceeded towards the Turkish embassy. The cars of the participants were protected by the police. After we arrived we took out the banners with the sign: “Never hush, never share a crime"  which were written in English, Montenegrin and Turkish. The other banners spread the words of love in the spirit of tolerance.
The photos of the two of the latest victims were laid alongside flowers and candles, at the very entrance of the embassy. Unfortunately no one from the Turkish embassy joined to salute us, but the Turkish ambassador left the building during the protest, without any comments. She just got in the car and left. Nevertheless,  a strong message has been addressed not only to the Turkish Prime Minister but also to the president of this country and the Turkish Ambassador in Montenegro. But the best thing was that this was not a local on but also an international event.
Many countries, NGO’s and individuals sent us their support or organized similar actions in their countries. Besides Montenegro, until now, the countries that made this action more broader and have sent the same letter to the Turkish embassies are :  Italy, Malta , Belarus, Slovenia, Australia ,Turkey and Georgia . As we have just heard, LGBT Georgia is joining the petition and tomorrow will conduct protest rally mear Turkish Embassy in Tbilisi and address the same letter to the Ambassador.We hope that other countries will follow their example.
Things didn’t go without any incidents. A young man tried to penetrate the police protection, but he was quickly seized by the police. Other than that everything went great. Our young activists were very brave and have shown that “LGBT Forum Progress” is actually making progress considering LGBT and human rights in Montenegro. All in all it was a beautiful day, filled with feelings of pride, love and tolerance.
“LGBT Forum Progress” will continue sending letters to the Turkish Embassy and helping to change things. This was the first ever protest in Montenegro which included rainbow flags and other symbols of the LGBT community. This was a day of making history.
Greetings and all the best from the “LGBT Forum Progress” team.
Until our next action,
LGBT Forum Progres