Access to LGBTI related websites was blocked one by one? 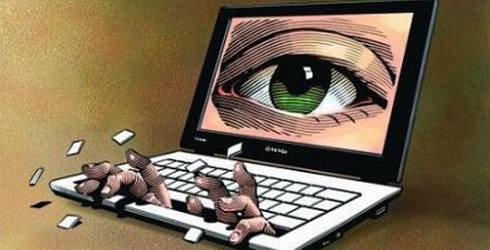 On the one hand, the ban on gay dating app Grindr in Turkey was taken to the Constitutional Court by Kaos GL Association. On the other hand, a range of LGBTI thematic websites has been blocked for “administrative measure”.

The Turkish Telecommunications Directorate (TIB) blocked access to www.gaylez.com on April 9; www.travestice.com on May 7; www.travestisitesi.com and www.turkgaybar.com on May 26 and finally, www.istanbulgay.com on May 27. These 5 LGBTI websites promote gay and trans hangouts and share LGBTI thematic news.

Mater from Alternative Informatics Association: It is apparently the censorship!

Mater from Alternative Informatics Association commented the ban on LGBTI thematic websites to kaosGL.org: “It is apparently the censorship and the violation of freedom of expression”.

According to Mater, reminding that websites have been blocked by TİB systematically, legal procedures regarding the administrative measure, which might have been initiated because of a personal complaint, are begun in 4 hours. Those are the times that new Internet legislation gives too much discretionary power to the telecommunications authority. There are examples that TİB has no idea why it has blocked access to certain websites.

Mater noted that websites can be accessed by either changing the DNS or using a VPN, but the case is not all about the accession, the deprivation of freedom of expression should be considered.

Mater also claimed that the websites mentioned above were blocked within the scope of one of the crimes listed in Law 5651 Regarding Crimes on the Internet. However, there is no information regarding which “crime” is related to the closure of the websites.

According to the Law Number 5651, websites can be blocked if there is suspicion that the crimes such as “obscenity” and “prostitution” are committed on the Internet. Kaos GL Association’s Lawyer Hayriye Kara said that “we have not informed about the reasons why these 5 websites have been blocked yet. However, websites with LGBTI content are often blocked by being associated with obscenity. Ambiguous terms like “obscenity” in law cannot be acceptable. Freedom of information and share cannot be restricted through this term”.

Kara also noted that these applications can be interpreted as part of sexual orientation- and gender identity- based discrimination.

The decision to ban Grindr was given within the context of protection measure by İstanbul Anadolu 14. Sulh CM (İstanbul Anatolia 14th Criminal Court of Peace). According to the decision, Grindr was associated with obscenity and prostitution, but considering that the decision to ban Grindr did not define which contents of Grindr relating to obscenity and prostitution, it automatically considered homosexuality as a crime.

This news piece is a part of the research supported by Swedish Development Agency SIDA within the scope of “Internet and Sexual Rights” Project of APC to which Kaos GL is associated as well.