Children's books were destroyed in Turkey due to ‘encouraging homosexuality’

The books 'Declaration of the Rights of Boys and Girls’, which was previously declared as 'obscene publication', was pulled off the shelves and destroyed this time. An indictment was also filed against the book's translator. 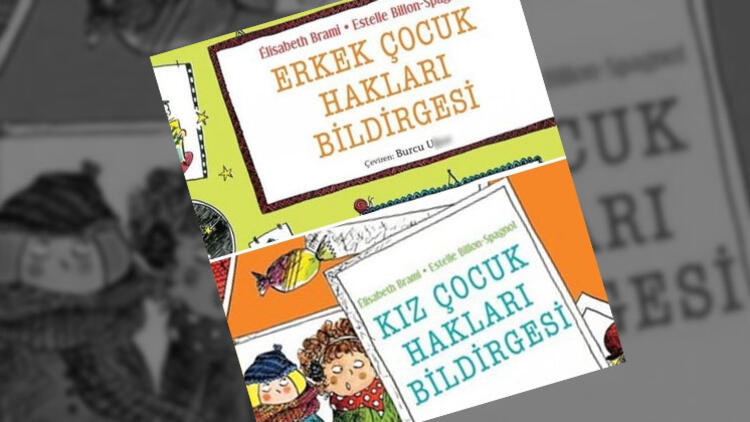 Sabah's Atakan Irmak reported that the Ministry of Family, Labour and Social Services requested the book, which was put on the market as the 'Declaration of The Rights of Girls', to be reviewed by the Board for the Protection of Minors from Obscene Publications. The report, prepared as part of the review carried out by a 5-person delegation, included homophobic statements; "includes expressions and visuals that encourage homosexuality and change stereotypes on child development".

The ministry's report also included the following transphobic statements: "The book includes expressions that says children that has no gender awareness can behave in a transgender manner, that behavior of boys can be assumed by girls."

The report prepared by the Ministry was sent to the Istanbul Public Prosecutor's Office and requested that the book be collected and immediate legal action to be taken against the person who translated the book. The prosecutor's office took action after the ministry's notice to collect children's books, the 'Declaration of The Rights of Girls' and the 'Declaration of The Rights of Boys'. While the prohibition on printing, distribution and sales of books was imposed, the books printed were confiscated and destroyed.

The book's translator was also indicted on the grounds of 'Mediating the Spread of Obscene Publications'. The translator, who is being sued for up to 3 years in prison, will appear before a judge in the Criminal Court of the First Instance in the coming days.