Commissioner for Human Rights: LGBTI bans are unacceptable and must be immediately discontinued

The Council of Europe Commissioner for Human Rights, Dunja Mijatović, underlined the need to end LGBTI+ bans in Turkey in her country visit report. 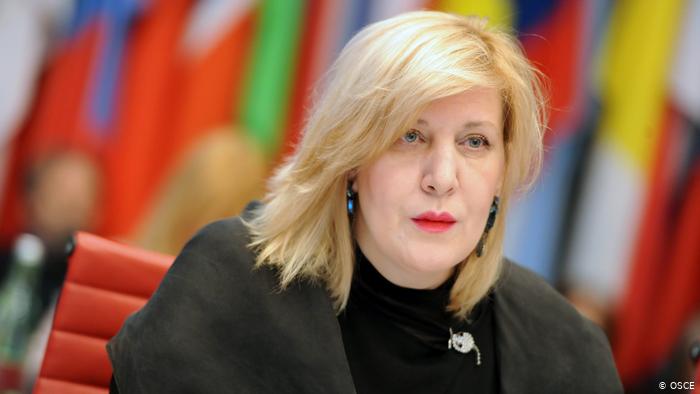 In a report published yesterday (19th February), the Council of Europe Commissioner for Human Rights, Dunja Mijatović, calls on the Turkish authorities to restore judicial independence and stop the practice of targeting human rights defenders, lawyers and journalists and silencing them by using administrative and judicial actions.

The report is based on the Commissioner’s visit to Turkey carried out in July 2019. Commissioner has had a meeting with Kaos GL’s representatives during her visit.

In the report the Commissioner explained her observations regarding LGBTI+ rights in Turkey:

“The Commissioner also observes severe restrictions imposed on the day-to-day functioning of NGOs, including, for example, an indiscriminate and indefinite ban declared in Ankara during the state of emergency on all public events focusing on the human rights of LGBTI persons. This, in addition to being an inacceptable interference with the right to freedom of peaceful assembly guaranteed under the ECHR, severely restricts the possibility of LGBTI organisations to carry out their legitimate activities. The Commissioner understands that, after the state of emergency, the initial ban was replaced by an equivalent one under new, far-reaching powers granted to provincial governors by Law No. 7145. Despite administrative court decisions declaring the first ban unlawful, it is currently maintained and strictly enforced. For example, in May 2019 following an attempted pride parade at the Middle East Technical University, over 20 students and one academic were arrested, the majority of whom are currently facing trial. Similarly, police stopped members of the Ankara Bar Association from having a press conference on LGBTI issues on 17 May 2019. Governors in others cities, including Istanbul, Izmir, Antalya and Mersin have also enforced similar bans for pride events.

“When the Commissioner raised this issue with officials from the Ministry of the Interior, they justified these bans by reference to the safety of participants in such events against terror threats. While not disputing the veracity of such threats, the Commissioner underlines that the authorities have a positive obligation to guarantee that LGBTI persons can enjoy their rights to freedom of association and assembly as equal members of society, and if necessary are entitled to the authorities’ protection of their security to do so.

“Open-ended and indiscriminate bans, such as the ban on LGBTI-related activities in Ankara, which clearly contradict the right to freedom of assembly and association enshrined in the European Convention on Human Rights, are unacceptable and must be immediately discontinued.”