Egypt: Revolution never shined for women in the first place

Egyptian feminist Kholoud Bidak: ‘A militarized country is the last thing we ever wanted.’ 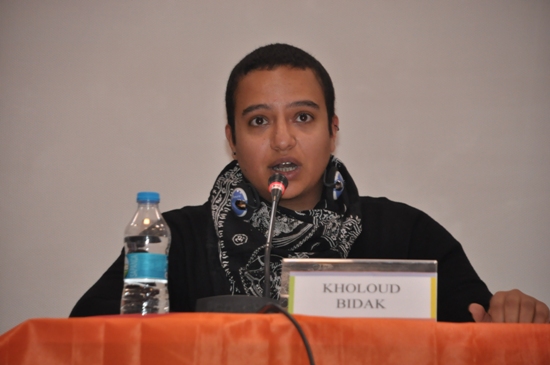 Egyptian feminist Kholoud Bidak: “A militarized country is the last thing we ever wanted.”
“In March 2011, it was the army that did the virginity tests to 18 women who were caught from Tahrir.” says Kholoud Bidak, an Egyptian feminst activist who works for the Nazra for Feminist Studies in Cairo.
Oppressed so long under the regime of Mubarak, the women in today’s Egypt are suffering equally in the hands of soldiers. Sexual violence and the existence of women have so long been ignored not only by the Islamists, in particular the Muslim Brotherhood, but also by the anti-regime protestors, civil society and the left-wing parties. The struggle is hard, if not harder, but as Kholoud Bidak says, women are on the streets every day to remind the rest of Egypt of their presence until the message goes through.
Kholoud, we wish to listen to you and the women you organize and unite with. Why and how did the unrest start again?
Basically, people went to the streets again to show their refusal of the Muslim Brotherhood rules and to get rid of Morsi who’s now the former President of Egypt.

Under what circumstances are you struggling on the streets as women?
Being a woman in Egypt, even before the revolution, means that you’ll get sexually harnessed -verbally, physically or both- no matter how you look and how old you are! Add to this the neglecting of the society including the civil society, intellectuals and the left parties.
There was only one collective called http://harassmap.org/en/ that started to work on this issue before the revolution. Now and after the increase of the sexual assaults, there are more efforts and collectives that working on this issue. Especially the role that OpAntish (Operation Against Sexual Assaults & Harassment) plays is crucial.

What does it mean for you that the army took over the government now?
Army is unfortunately a sacred institution in Egypt and people have big trust in it. Because Egyptians are not politicized at all, they do trust the army again. Though in March 2011, it was the army that did the virginity tests to 18 women who were caught from Tahrir. Plus there is the Maspieo Massacre in October 2011 where the army ran over the bodies of the Coptic Egyptians by the army tanks! A militarized country is the last thing we ever wanted.

When you were in Ankara, you were telling us about the Tahrir Square and the fact that it was no longer as safe as it used to be. How are the streets now? And who is it exactly that is marching?
Yes, the crime rates are increasing, the economy is in a very bad position and thousands or may be millions of the Egyptian families can’t find sources of income anymore! Plus, the amount of violence in the streets are increasing in a very scary way. We are expecting it to even increase more! 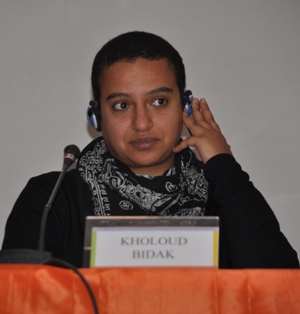 The shine of the revolution 2 years ago did not manage to cover up the sexual violence and rape cases against women. Now we hear the same stories again and you and other 6 women’s organizations did a press release to condemn it. What should women expect from this process?
At the moment, there are a lot of NGOs and political parties who started to work on the issue, plus so many other collectives and groups who have been organizing to work on this issue.
Unfortunately  we are not expecting it to end soon, it’s a disease in our communities that goes back to long time, even before the revolution. The Attaba, which is a very famous crowded square in Egypt downtown, a girl incident took place in 1995 and it wasn’t too late and she wasn’t provocative at all, it was a gang rape in the street and no one interfered.
Luckily, women never stop marching either to Tahrir or to the palace even after all these sad news.