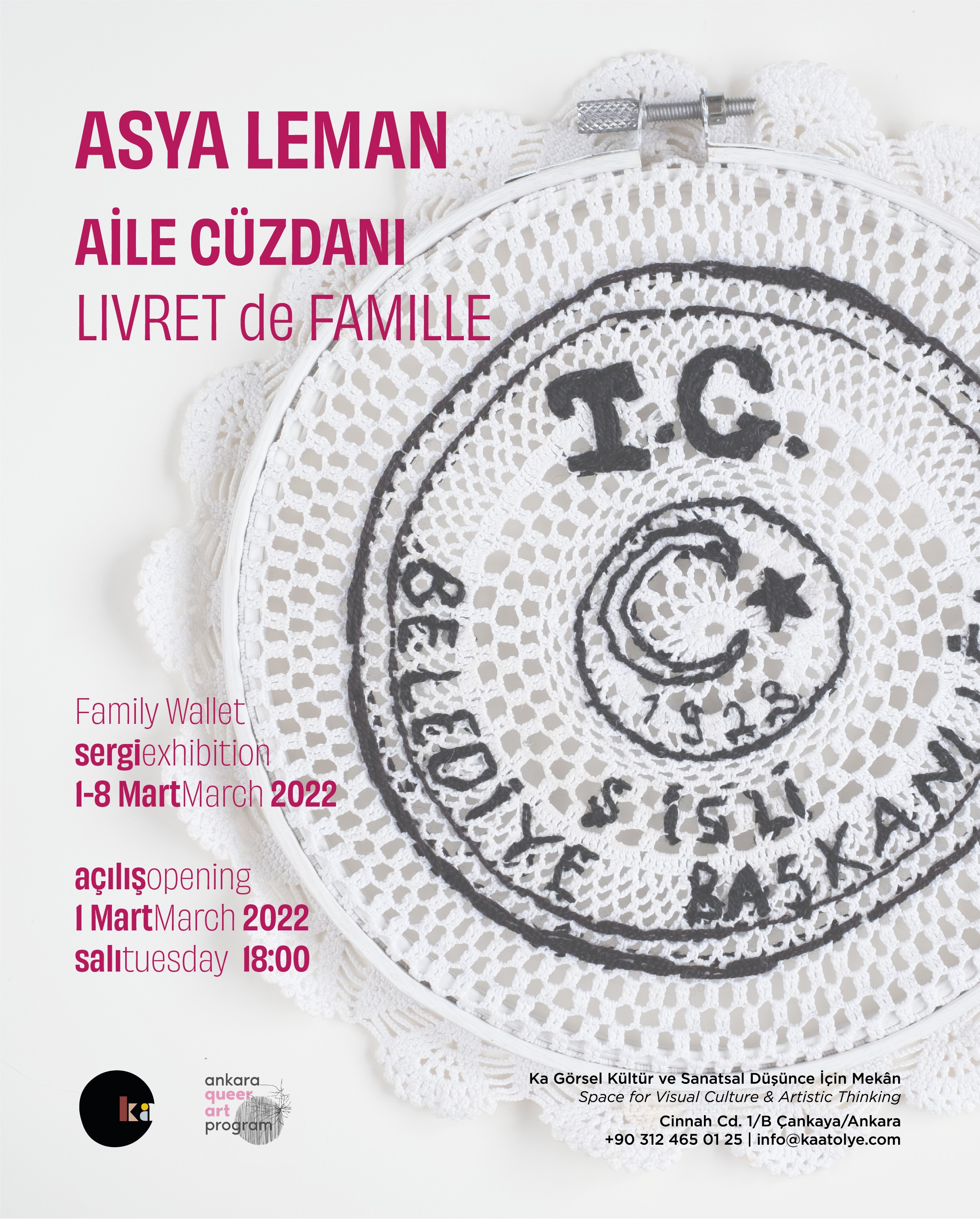 Accompanying the artist's performance video, the “Livret de Famille“ (Family Wallet) is an installation consisting of 3 cross-stitch embroideries titled "Tools", a photo collage titled "Replicas," and a cut-up poem titled "Prime Document". It is an effort to turn inside out the bureaucratic procedures and cultural signs formalizing the transfer of women from the hands of one power into that of another.

In an effort to dismantle the meaning of the official document, the artist plays with the fixity and immutability of the end by embroidering or by cutting-and-pasting, in the accompaniment of irregular sounds, the ways an individual is categorized by both the institution of marriage and the bureaucracy.

The Livret de Famille can be viewed
from 14:00 to 20:00 between March 1-4,
from 10:00 to 20:00 on March 5, 7, and 8.
Ka is closed on Sundays.
--
Asya Leman has been dwelling in Istanbul since 2000 when she came to attend university. She has been working with mediums of photography and video since 2010. She is into cinema as well.
With the docu-fiction short film Void (Hükmü Yok) produced in 2018, she became interested in constructing visual narratives against the masculine domination of the states through the bureaucracy.
In her imaginations mostly inspired by her personal experiences, she stages herself as one of the central subjects. Using official documents, photographs, and objects from her personal history, she tries to create narratives reversing her own experiences. She usually works with analog tools or draws on an artisanal tradition.