Feminist Forum asks: Is there a way out of Turkey’s sexual fascism?

The 5th Feminist Forum started yesterday with the opening speech by Prof. Dr. Alev Ozkazanc: ‘The period we’ve been going through is an extreme and exaggerated display of masculinity. We need to find a way out of this sexual fascism.’ 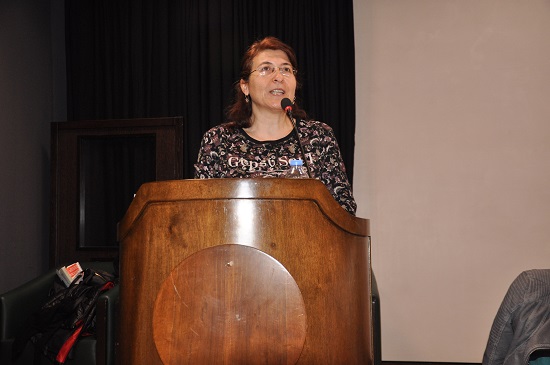 The 5th Feminist Forum started yesterday with the opening speech by Prof. Dr. Alev Ozkazanc: “The period we’ve been going through is an extreme and exaggerated display of masculinity. We need to find a way out of this sexual fascism.”

The Feminist Forum of Kaos GL Association kicked off yesterday with a theme of “Body” at Ankara University, Cebeci Campus, Ahmet Taner Kislali Art House, hosted by the university’s Department of Women Studies.

The opening speech of the forum was given by Prof. Dr. Alev Ozkazanc of Ankara Univetsity’s Institute of Social Sciences, Department of Women Studies. Ozkazanc, both Kaos GL Assocation Advisory Board Member and editorial board member of the association’s peer-reviewed journal KaosQ+, said “On March 8, we have seen women being dragged about on the ground, tear-gassed and we couldn’t celebrate March 8 as we wanted. We are going through a bad period. Street demonstrations are being prohibited. And we face difficulties with [organizing] events in halls. For example, this year you had to leave your ID at the entrance for our on-campus event.”

Claiming that Turkey is going through a civil war atmosphere, Ozkazanc stated: “We are face to face with an authoritarian and fascistic regime. In such a situation, I wondered for a long time what we can talk about body. It is not possible to limit the talks when we say ‘body’. Our bodies are things getting hurt, cold, bruised, intervened, dragged about, worked on, working, being worked, represented or conversely not shown and hidden, beautiful and ugly.” 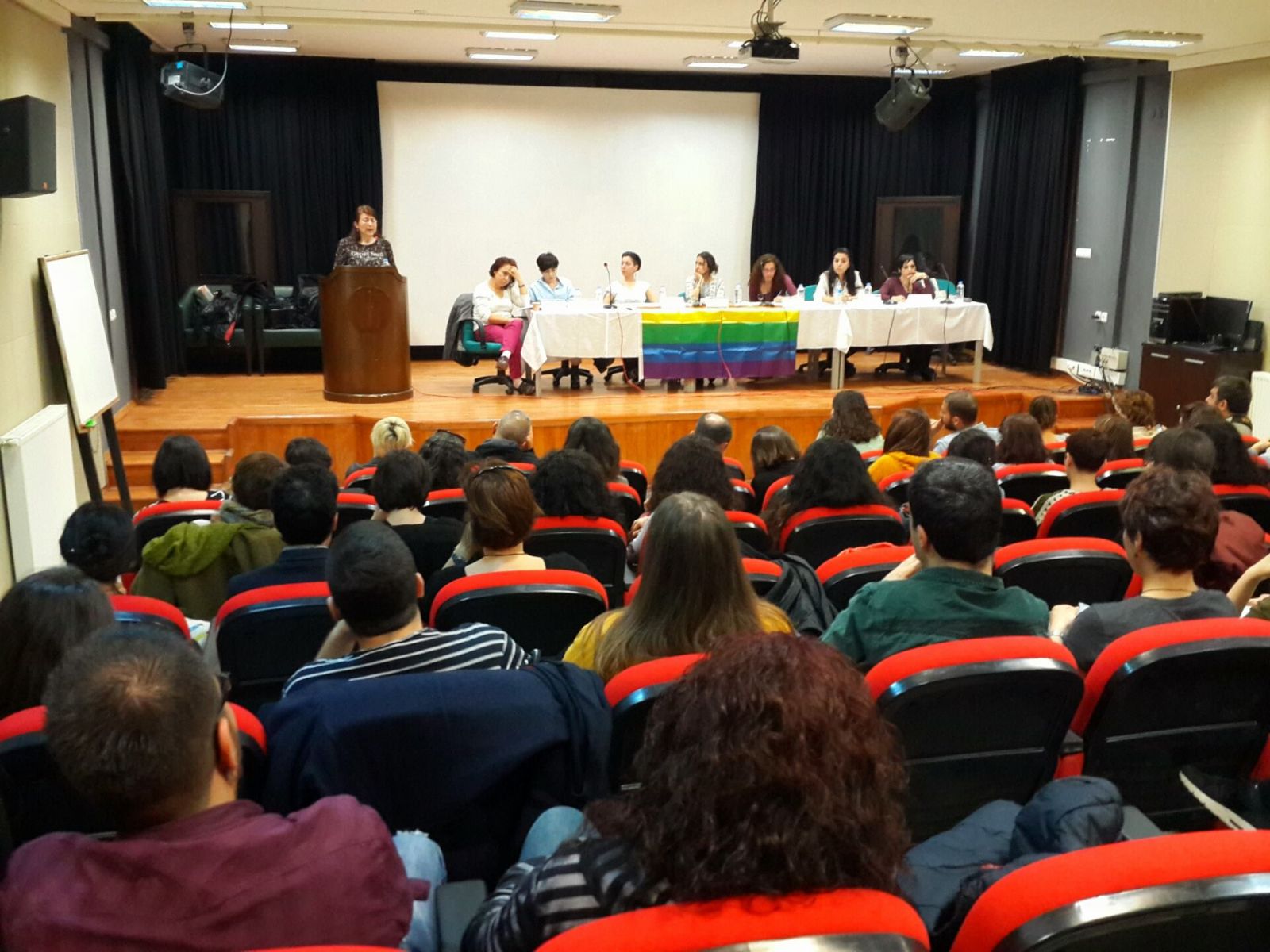 Resisting the feeling of “being buried before dying”

“Since June, we have to think more about dead bodies, living bodies and those in between, bruised bodies” said Ozkazanc, defining the recent political situation in Turkey as “an extreme and exaggerated display of masculinity” and added:

“We need to see that this extreme and exaggerated masculinity performance is threatening anyone on its way with marginalization and annihilation. This masculinity display not only targets female, male, young or LGBTI bodies, but also non-human bodies such as nature, houses, buildings and non-living nature. This war and violence comes with a strong libidinal investment. We see this in the attitude of the police and special teams - the enforcement instruments of the state. A war that is curiously and stunningly sexualized is going on. The question on the face of all these is this: Is there a way out of this sexual fascism?

“In a situation that forces bodies only to survive, we should defend life. Such periods create grief and shame in those who did not die yet. Watching others die and being unable to do anything gives a feeling of “being buried before dying” politically, culturally and emotionally. First of all, we should resist this feeling. We should keep not only the desire to be alive but also the desire for the possibility of a different life. Around June, we were filled with such a strong desire. Because, the desire for a different life was strengthened. We were enthusiastic, desiring bodies. We shouldn’t forget this recent past.”