Göregenli: ‘Homophobia is the Deepest Discrimination’

Organized by Human Rights Association Çanakkale Branch and ÇOMÜ Department of Sociology students together with Kaos GL, the panel ‘Discrimination on the Basis of Gender and Hate Crimes’ hosted Prof. Dr. Melek Göregenli. 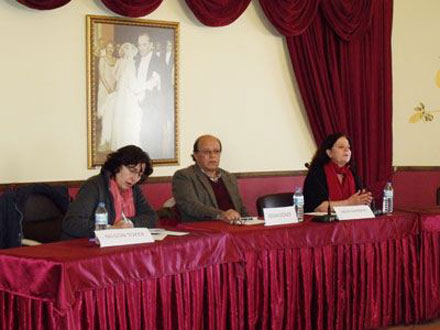 Organized by Human Rights Association Çanakkale Branch and ÇOMÜ Department of Sociology students together with Kaos GL, the panel “Discrimination on the Basis of Gender and Hate Crimes” hosted Prof. Dr. Melek Göregenli. Stating that homosexuality is not a choice, she said “homosexuality being shown as a choice, the violence towards homosexuals is tried to be legitimized in the society.”
Under the moderation of Human Rights Association Chair of Çanakkale Branch Kenan Döner, the panel hosted Kaos GL Advisory Board Members Prof Dr. Melek Göregenli and Prof. Dr. Nilgün Toker Kılınç to give their speeches.
During her speech, Prof. Dr. Melek Göregenli expressed that homosexuality is not a choice and homosexuals make up 10-20 % of world's population and she said “It is a known number. If homosexuality was not discriminated culturally and ideologically, I cannot predict what that number would be. There are so many people who cannot admit themselves their homosexuality or even if they did they cannot live accordingly. If that is a choice, people hold themselves responsible for the difficulties they encounter. Then the violence against homosexuals is legitimized. However, homosexuality is not a choice.” 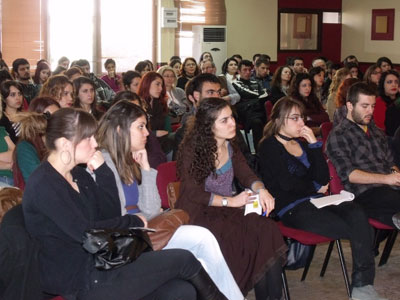 Göregenli added: “Research indicate that if people think that something is their choice then they are prone to put the blame on themselves for their victim-hood. If one chose to be a homosexual, then he or she is going to accept what happens about it. It is not a dress to be take off when you are on the street or at your workplace and then put on again among the people alike. Either you are homosexual or not. It is not possible to be this today and that tomorrow. There is a superstition going around called cultural homosexuality. It claims that homosexuality prospers among certain cultural groups. What is meant is that if you want to sweep away homosexuality, you must first sweep away those cultural groups. But that's not a healthy thought.”