“Gynecology Talks” article series of KaosGL.org and books of feminist publishing house Ayizi have been discussed during Women Writers Week. 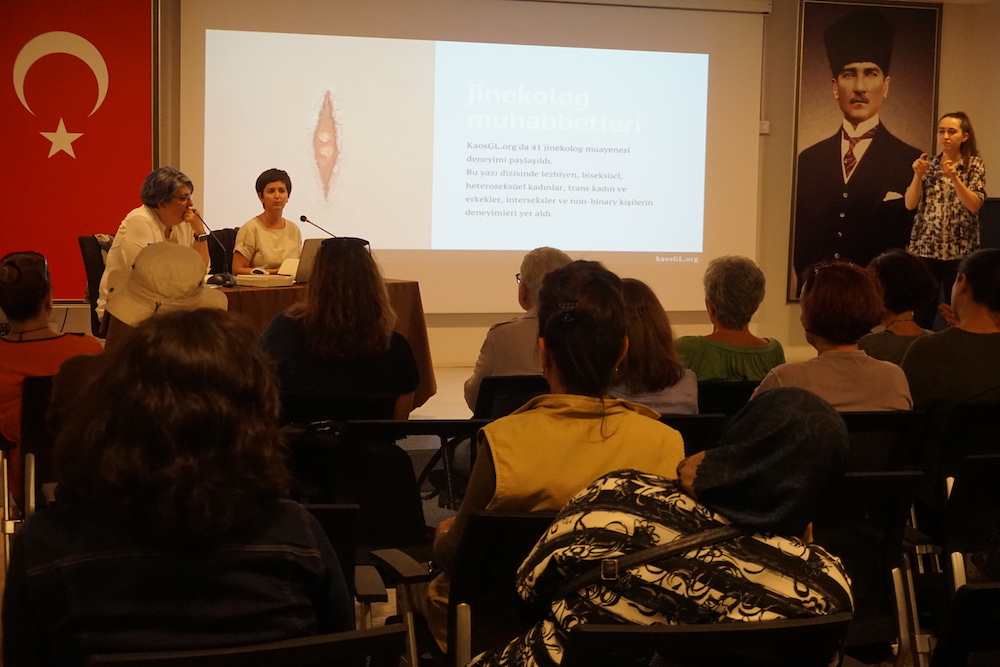 “Gynecology Talks” article series of KaosGL.org and books of feminist publishing house Ayizi have been discussed during Women Writers Week.

In the second day of Women Writers Week organized by Çankaya Municipality and Ayizi Publishing, health policies, gender and discrimination have been discussed. On 25th September, one of the editors of KaosGL.org Aslı Alpar and Meltem Ağduk from UNFPA had speeches on the panel themed “Our body is ours”. Speeches were translated into sign language during panel for participants having impaired hearing. 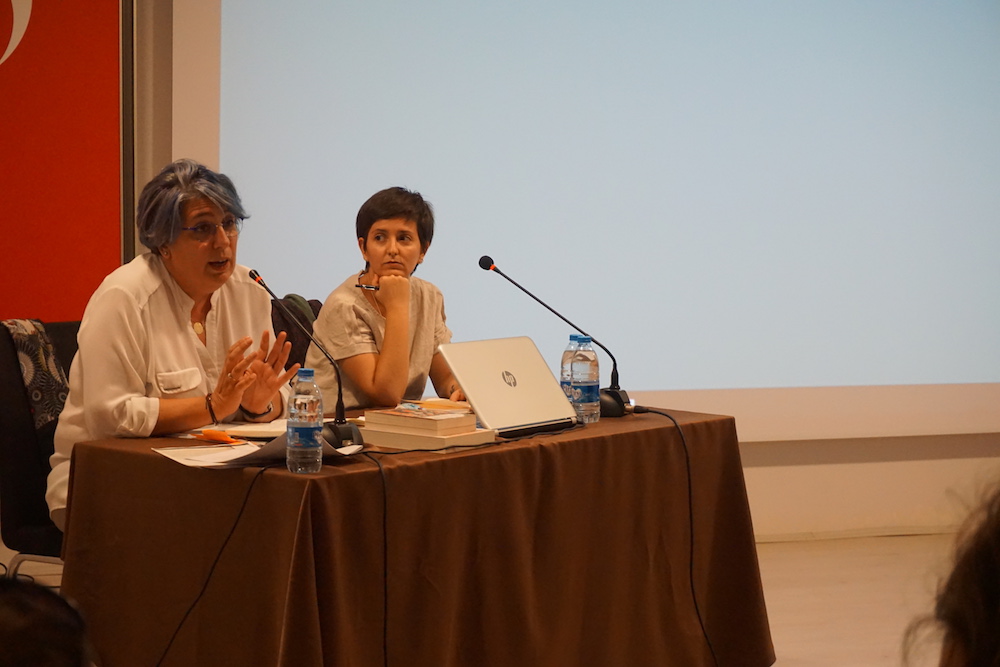 First speaker of the panel, Meltem Ağduk, told about that sharing experience is very important to avoid making the same mistakes particularly for feminist issues.

Addressing the relation between violence against women and women’s health issues, Ağduk also talked about abortion, and discrimination and mobbing in health sector. 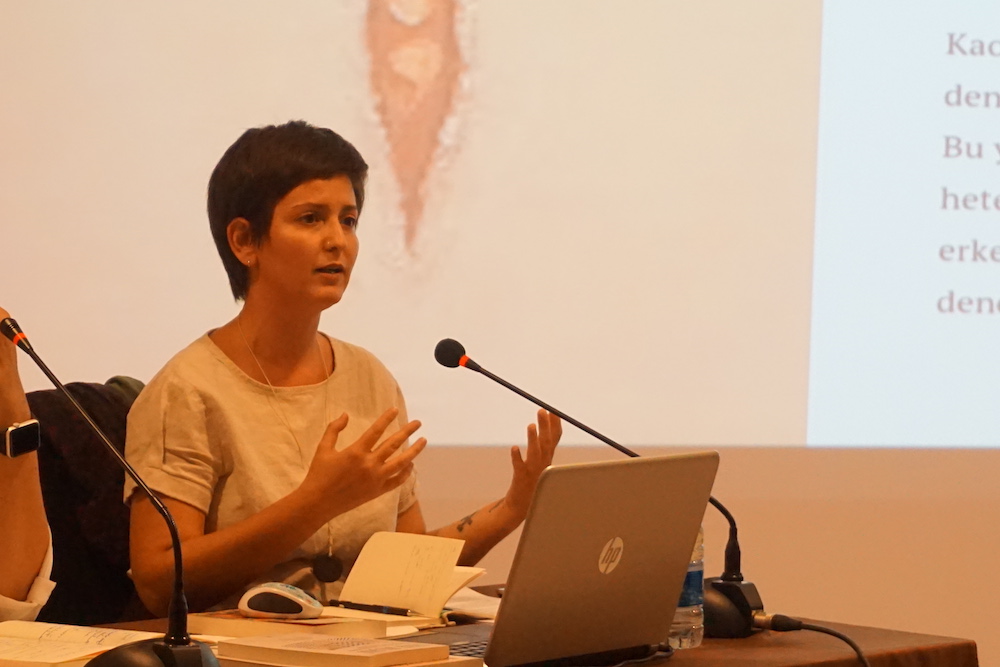 As the second speaker of the panel, Aslı Alpar from Kaos GL told about how Gynaecology Talks started: In April 2017, article series has started after an email posted to Kaos GL. Later on, many other gynecology stories has been shared with Kaos GL and 41 of them were published in the website.

These stories includes heterosexist attitudes of gynecologist against lesbian-bisexual women, transphobic attitudes against transmen or discriminative attitudes due to ethical/ moral concerns of the doctors.

After the article series, Alpar conducted an online research about the issue, and in a very short time 574 people has been reached by the survey. According to the survey, %48 of the participants have not been exposed to discrimination in gynecology examination.