HDK LGBTI+ activists Yıldız and Güneş sentenced to house arrest for one month!

HDK LGBTI+ Assembly activists Yıldız İdil Şen and Güneş, who were detained after the March 8 protest, were sentenced to one-month house arrest. 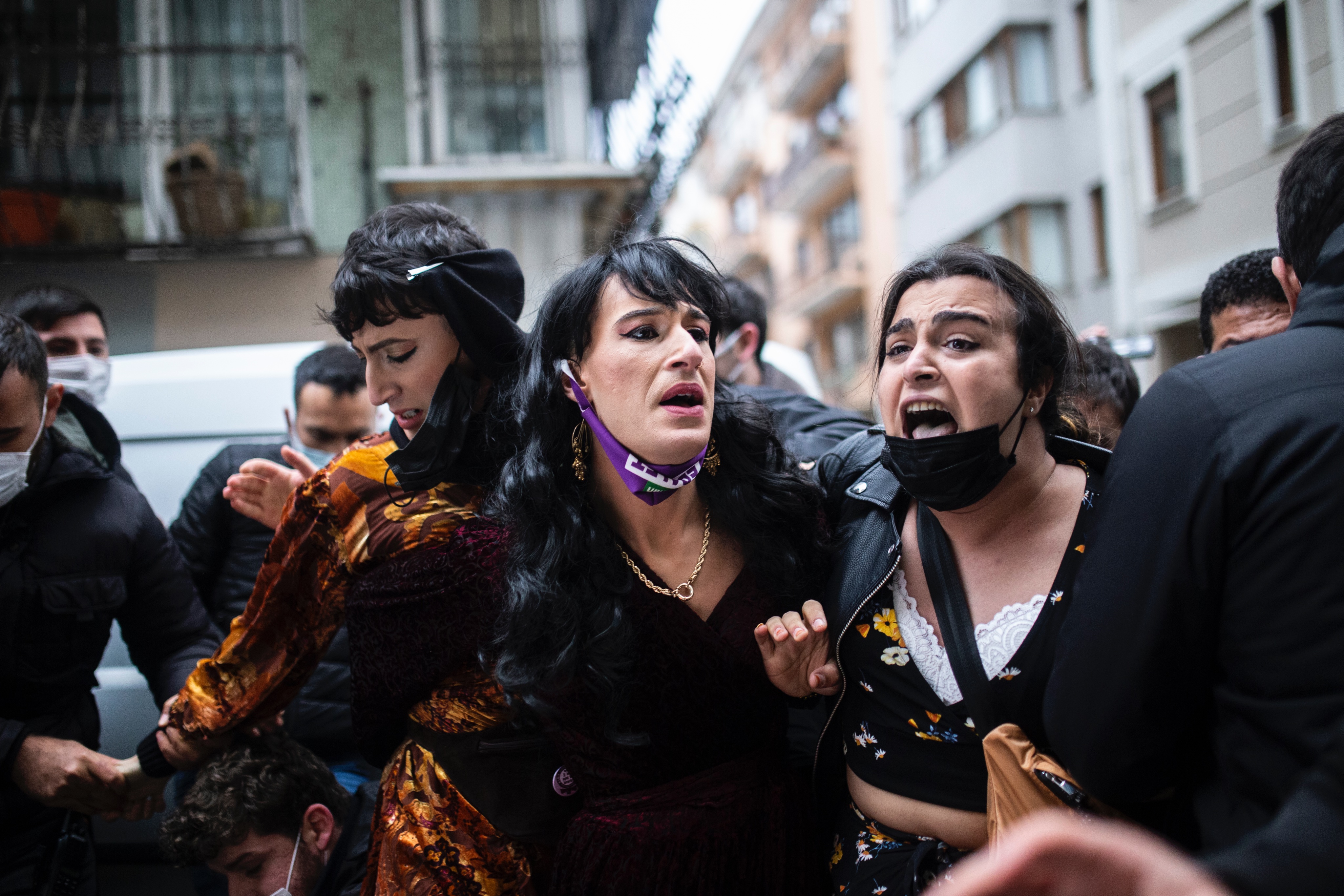 Police did not allow LGBTI+ banners, trans and rainbow flags and umbrellas at the March 8 rally in İstanbul Kadıköy, attacked the Trans+ Cortege formed by the call of the Peoples' Democratic Congress (HDK) LGBTI+ Assembly; turned off the microphone after the speeches of activists in the cortege, followed the trans women after the rally and got them into custody from the taxi on their way to home, and detained those who reacted to their violence.

While all these were happening, the Kadıköy District Governorate cited LGBTI+'s demand to participate in the demonstration by passing the checkpoint as a reason for the police attack. The district governorate described the police attack on trans women going to their homes as “resisting police officers".

The attorneys were prevented from meeting with their clients and could not reach their clients for hours. Those who were detained were transferred to the courthouse today.

The prosecution sent 9 people to the court with a request for arrest without even taking a statement. Kartal Anatolian Courthouse 3rd Criminal Court of Peace took the statements of everyone who were detained today through online judiciary systems. In the interrogation, the detainees stated that the police detained them by torture, and that they especially targeted and discriminated the trans people.

The judge denied the request for arrest. It ordered house arrest for one month for Yıldız İdil Şen and Güneş, who were among the detained.  All those detained has been sentenced to injunction of bi-weekly signature and a ban on leaving the country.