​Italian feminist activist Giovanna Camertoni underlined the relation between heteronormativity and violence during her speech on Feminist Forum. 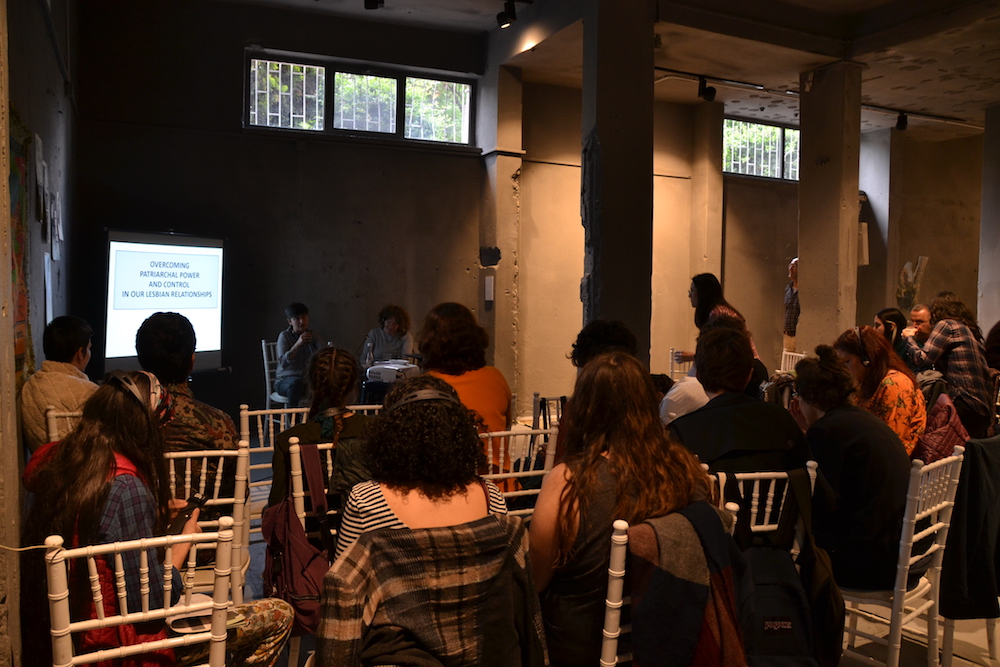 Italian feminist activist Giovanna Camertoni underlined the relation between heteronormativity and violence during her speech on Feminist Forum: Heterosexual assumption prevents LGBTIQ people from naming it when exposed to violence and prevent them to access to services.

On 11-13th of May, Feminist Forum was organized for the seventh time this year with the theme of “Consequence of Sexuality”.

Making the opening speech of the session, moderator Seçin Tuncel told that in lesbian relationships violence is barely talked, but it is important to discuss such issues especially within the situations where the parties are both perpetrator and the survivor.

Radical lesbian feminist activist Giovanna Camertoni working in AntiViolence Center in Trento/ Italy told about domestic violence, sexual violence and the ways of overcoming this violence during her speech on “Overcoming patriarchal power control in our lesbian relationships”. 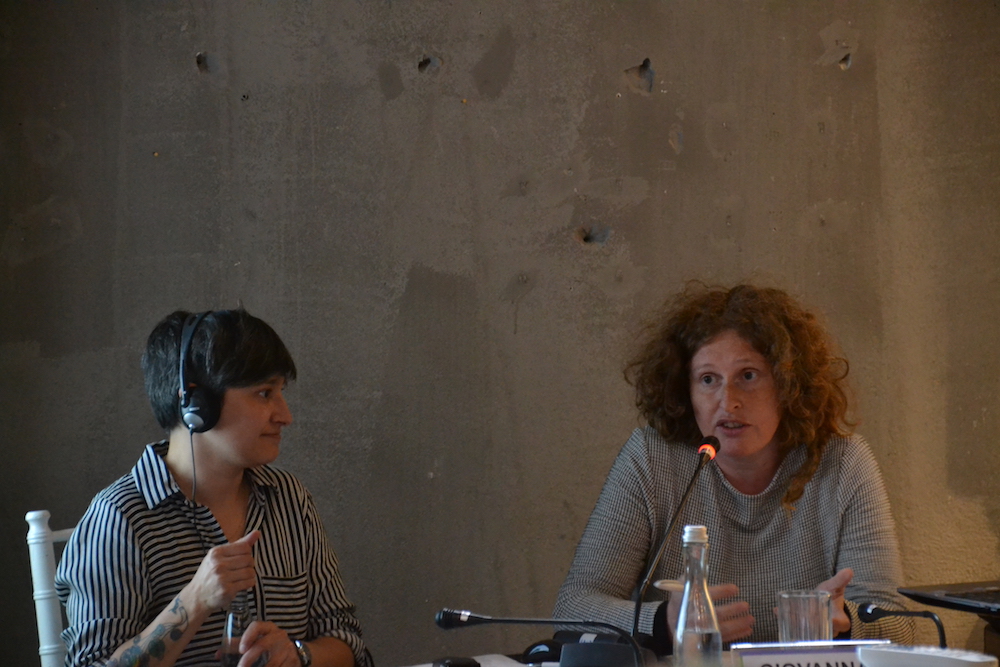 In the second day of the Forum hosted in Kova Art, Camertoni indicated that violence may occur in many ways and mostly it is not only physical violence.

“Emotional or psychological abuse is any type of behavior used by one partner (or ex-partner) to make the other person feel afraid or worthless. It also includes one partner making the other partner feel responsible for their safety.”

During her speech, Camertoni gave examples of these types of violence:

* putting the partner down, e.g. telling them that they are ugly, stupid, worthless or incompetent;

* ‘outing’ or threatening to out their sexuality, gender (identity, history or expression) or intersex status to friends, family, at work or to their cultural community;

* telling, or threatening to tell, others about HIV status (or other illness) without permission;

* applying pressure to a partner to act or look more “male” or more “female”;

* operating video surveillance cameras and audio recording devices in the home to monitor the activities of the partner;

Reminding that any behavior committed by a partner in order to take control of the other’s social life is regarded as social abuse, Camertoni mentioned online abuse as well:

“Cyberbullying and online abuse is any behavior involving the use of the internet by one partner to harm, harass or humiliate the other.

“Stalking is any behavior by which a partner (or ex-partner) tries to intimidate or harass the other.

“On the other hand, financial abuse is also a type of abuse including any behavior by a partner to control the other’s money against their will. Stealing partner’s money, controlling their income, or accessing their partner’s accounts without consent may be examples of the financial abuse.”

After giving examples on physical and sexual violence, Camertoni underlined the importance of recognizing and naming violence within lesbian relationships:

“In the “heterosexual assumption” individuals are pretended to be heterosexuals while social institutions, legislation and policy show how heterosexuality should be lived. It also pervades the services influences the help seeking decision made by LGBTQ people.

“The presence of a heteronormative culture can hinder the perception and the recognition of violence by the lesbian victims. It can also limit the victim from not asking for help and not abàndon an abusive relationship. In fact to be able to offer professional support to lesbian in situation of domestic violence, it is important to understand how violence and heteronormativity work and their interaction.

In the last part of her speech, Camertoni gave examples from real stories of lesbian women exposed to violence.

*Feminist Forum, organized by Kaos GL is supported by SIDA. This doesn’t mean SIDA agrees with the content.