I might be living in a fake state, but the rights violations in my state are not fake‘ 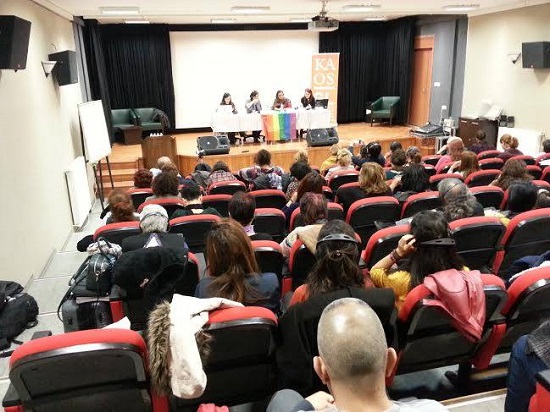 The 3rd International Feminist Forum continued on March 16th in the Ahmet Taner Kislali Art House at the Cebeci Campus of Ankara University with three different sessions. The main focus of the Feminist Forum 2014 which took place in Ankara from 14th to 16th March 2014, and was held by Kaos GL Association, Women’s Problems Research and Implementation Centre (KASAUM) and Ankara University Department of Women’s Studies, was the participation of women in peace and peace-making processes, as well as the possibilities of feminist and LGBT movements to work together.
12.00-13.30
The first session was titled Reading the Stony Roads of Patriarchy and Heterosexism through the Eyes of Feminist Formations in Canada, Georgia and India. The three panelists Rachel-Alouki Labbé from Canada, Roshmi Goswami from India and Mariam Gagoshashvili from Georgia are all board members of the UAF (Urgent Action Fund for Women’s Human Rights). The UAF „is a global women’s fund that protects, strengthens and sustains women’s human rights activists at critical moments. We intervene quickly when activists are poised to make great gains or face serious threats to their lives and work“[1]. Its decision-making is grounded in an international, feminist framework. The fund’s board members are all activists from different countries and represent communities around the world. In the session, the three speakers talked about the situation in their home countries and about their own activism.
Mariam Gagoshashvili, a queer feminist activist and artist from Georgia, started her speech by describing the general situation of feminism, women and LGBTIQ people in the post-Soviet region and Eastern Europe. After some important achievements had been made for women’s and LGBTIQ rights in the nineties, now there is a very conservative backlash in the whole region, led by the church as well as nationalist extremist groups. Conservative sexist and heteronormative values are getting stronger and more popular: Women are increasingly being pushed back to conservative gender roles of house-keeping and motherhood, while the danger for LGBTIQ people to get attacked is growing.
But at the same time, a new, young wave of feminism, including LGBTIQ issues in their agendas and connecting their activism with theory and the arts is growing, as well as new, self-organized movements of trans people and of sex workers. This is, according to Gagoshashvili, a very inspriring development, for „LGBTIQ and women’s rights must always be looked at together, because they are supressed by the same agenda of conservative and nationalist groups.” 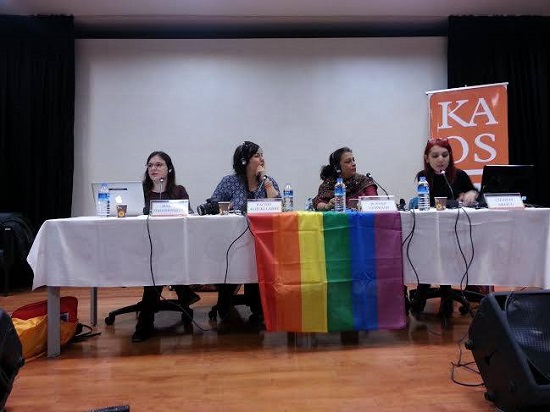 Roshmi Goswami from India is an active member of the feminist movement in South Asia and well known for her pioneering work with women in the conflict affected regions of India, including documenting and analyzing the impact of war and conflict on the lives of women. The women peace movement that she is involved with tries to keep an independent and critical look at the peace process of their region: „We do not only ask ’how many women are sitting around the table (where the peace talks take place)’, we ask ’what is on the table and who decides about the topics that are being discussed?’“. According to Goswami, „pushing for democracy is the only way to change things for women“, while „it is important that activist groups to not only look at their own issues and problems, but to include various different concerns in their work“.
Regarding LGBTIQ issues, Goswami made a very interesting remark concerning Nepal, where LGBTIQ people and their concerns are comparatively well integrated in social and political processes: „But I often ask myself whether these participating LGBTIQ people really bring queer issues into politics and society, or if they are rather being shaped and formed by the politics and society they are part of“.
Rachel-Alouki Labbé, a filmmaker and indigenous rights activist from Canada, talked about the situation and discrimination of First Nation People in Canada, as well as about their fight for equal rights and the recognition of their indigenous culture. She presented a part of a movie that she is currently working on, exploring the situation of indigenous girls and women in Canada. She is a member of the organization Idle No More, which "calls on all people to join in a peaceful revolution, to honor Indigenous sovereignty, and to protect the land and water"[2]. Though the situation of First Nation People in Canada is very precarious and especially women suffer both from discrimination within the mainstream society for being indigenous, and from discrimination and violence that they face as women within their communities, Labbé looks at the future with a rather positive attitude: „We are stronger now because we are all together now, with all the indigenous people of the world and we will continue our fight. The government does not like us now, but they will love us!“.
14:00-15:30
In the second session of the day, titled The Evolution of Feminism in Turkey and Cyprus - Shuttling between theory and activism, Simten Cosar from Turkey and  Dogus Derya from Northern Cyprus discussed around the examples of their home countries how the connection of feminist theory and activism can progress and lead to a stronger feminism.
MP Dogus Derya from the Northern Cyprus Parliament and representative of the Republican Turkish Party-United Forces (CTP-BG), started her speech with the words: “Activism without theory is not possible, and theory without activism remains incomplete“. 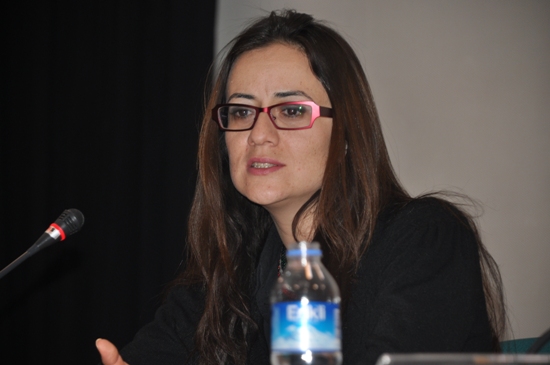 Derya talked about the problem that history is often seen in a way that makes patriarchy, militarization and violence (against women) invisible. As an example, she named the division of Cyprus in 1974 which is widely perceived as having brought peace to Northern Cyprus. This perception covers up the militarization of Northern Cyprus in those days and the huge amount of violence that went along with it. So in order to really see and understand the violence that has been used and is being used by men, it is important to look for historical information apart from the official historiography and to reread and rewrite history. Derya also pointed out that the fact that Northern Cyprus is often seen as a ”fake state” also makes the violations of (human) rights in her country look fake: „I might be living in a fake state, but the rights violations in my state are not fake“.
According to Derya, the AKP-era brought a new kind of oppression to Northern Cyprus: „Before, they were oppressing us with military boots. Now they are oppressing us with their neo-liberal agenda“.
Derya states that a feminist movement has to fight against all oppressing systems and practices at the same time, being e.g. anti-racist, anti-militarist, anti-homophobic and against ecological destruction.
Simten Cosar, a member of Kaos GL Advisory Committee & Hacettepe University Faculty of Communication, talked about different kinds of exploitation such as capitalism, patriarchy and nationalism. Cosar also underlined the importance of LGBTI-feminist allies being formed against a moralist approach presented as a so-called solution for the never-ending crisis of neo-liberal bodies. 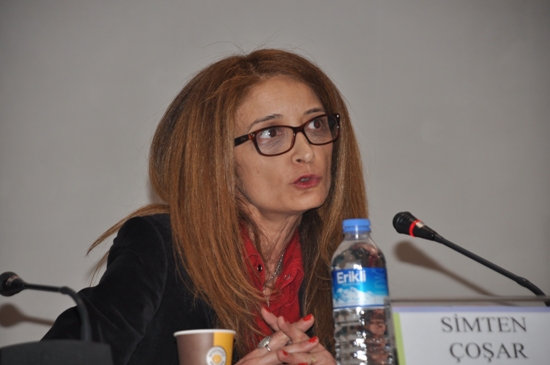 16:00-18:00
The Feminist Forum ended with an open discussion titled „If the personal is political” what do feminist politics stand for?, which gave space to discussion amongst the audience. The discussion was moderated by Alev Özkazanç from Ankara University.
Kaos GL’s 3rd International Feminist Forum was supported by SIDA, Norwegian Embassy, Urgent Action for Women’s Human Rights, Frontline Defenders, Mediterranean Women’s Fund, and Ankara University’s KASAUM.
[1] See more at: http://urgentactionfund.org/who-we-are/mission-history/#sthash.nVuGtJN9.dpuf
[2]http://www.idlenomore.ca/vision