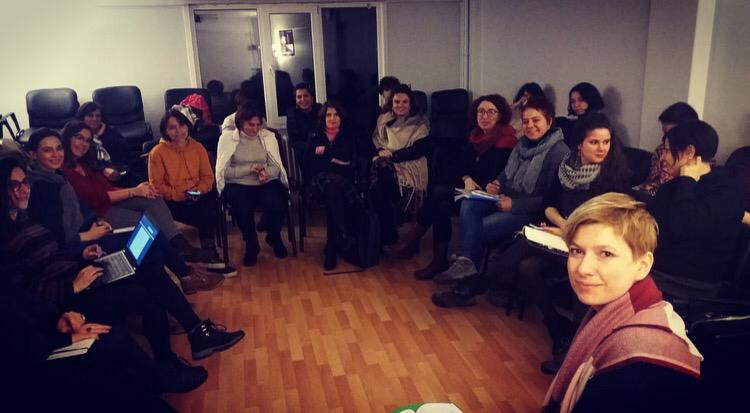 On 27th of February, Aylime Aslı Demir from Kaos GL attended to Wednesday meetings of İstanbul Yoğurtçu Women’s Forum which was founded during Gezi Park resistance.

In the event named “Intellectual Sources of Queer Theory”, normative relationship formed among sex, gender and desire was brought to the agenda and impossibility of “natural” sexulity as well as the ‘unproblematic’ concepts such as ‘woman’ and ‘man’ were problematized with the group.

Constructive texts of Michael Foucault, Valerie TraubAlan Bray and John D’Emilio on “discovery of homosexuality and heterosexuality” were also discussed during the Forum.

In the second session of the meeting, sexual liberation movement, productions of queer movement, discourses and models of organization were discussed.