Kaos GL is inviting all to share common experiences of various conservatism aspects in Turkey, the Mediterranean and the Middle East and to create a discourse from a joint perspective 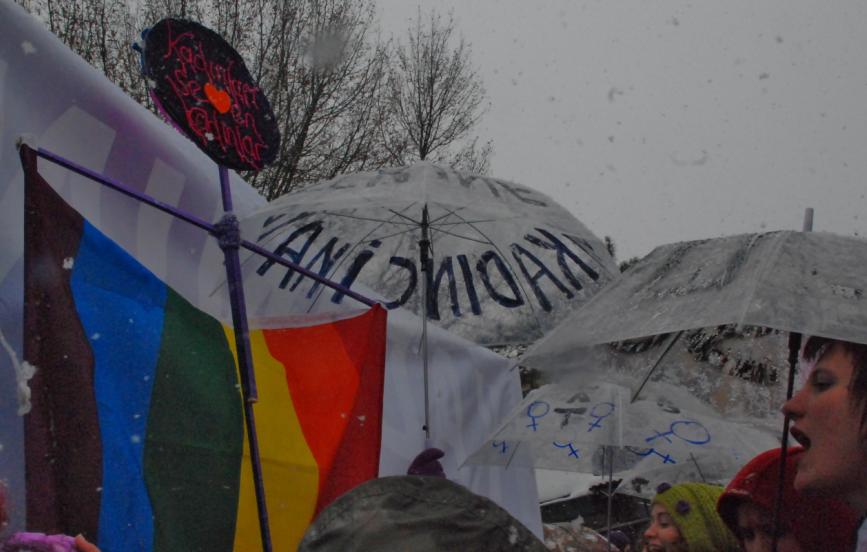 Kaos GL is inviting all to share common experiences of various conservatism aspects in Turkey, the Mediterranean and the Middle East and to create a discourse from a joint perspective.

Feminist Forums, organized by Kaos GL as a part of International Meetings Against Homophobia (in dedication to IDAHO events around the world) since 2006, is turning into an international forum in 2012.

The forum will take place on March 10-11 on Ankara University Cebeci Campus.  In the Feminist Forum, Kaos GL aims to discuss how the feminist movements are locating themselves in political structures which are rapidly getting conservative, how they locate themselves at where they are located and how they interact with conservative decision-making mechanisms.

Below are the international speakers of the Feminist Forum and their fields of input:

"Homosexual and Muslim - Liberation and Secularism, Between Islamophobia and Homophobia"

How is it possible, in these days full of prejudices against Islam and against LGBT sexual minorities, to build a peaceful identity when you are LGBT and Muslim? You can prove that another exegesis of the Islamic tradition is possible, but you will always find someone who thinks homosexuality is not natural. You could reform Islamic spirituality and fight back racism, you will always find someone to tell you the only way to be in peace with our heritage is to reject it. Thus, what kind of liberation could we build together? With which allies and, avoiding one extreme or the other, under which long term agenda?

“The Difference Between Queer and LGBT is Not Only Alphabetic Letters”

The challenges for LGBT/feminist movements are huge right now in Scandinavia (and other parts of EU). To gather in a solidarity movement, that goes behind the fences of the borders of the EU-contires, and that build on alliances with different issues and groups is urgent and I want to talk around how I see the different movements working in Sweden to accomplish that. But also about troubling tendencies where discussions around sexuality and gender transgression gets limited or reduced into a fight for more space for very defined and limited identity groups.

I will talk also on the problems around the focus on the ”adding on-politics/letters” that we have had in the last 10 years or so, whichs seems to have rather cementated ideas in certain parts of society that these issues can be reduced to a matter of including very specific and easily defined and separated identity categories, instead of creating a real knowledge around how and what the norms look like based on sexuality and gender.

Samar Habib discusses the rise of LGBT grass roots movements across the Arabic-speaking world, identifying challenges faced in different national contexts and the ramifications of the Arab Spring on the issue of LGBT rights.

In the last decade the Arab world has seen unprecedented grass roots organizing in relation to LGBTIQ needs and rights. This organizing has taken multiple forms, from official, government registered groups where it is possible to do so, on to more clandestine ways to address the needs of LGBTIQ individuals, there is a veritable Arab spring in relation to mobilisation for a better, more inclusive world. Nevertheless, the situation is far from ideal, with the path of these activists and community groups being beset by all sorts of obstacles, the resurgence of Islamist sentiment, for one thing, has meant both greater visibility fo the LGBTIQ issues and renewed persecution in contexts where persecution had been absent for some time. In this talk, I will discuss my observations regarding the Arab world and the different challenges being faced by LGBTIQ rights activists in different national contexts.