Gay and Bisexual Women’s Camp was held in Cirali, Antalya on September 13-16. 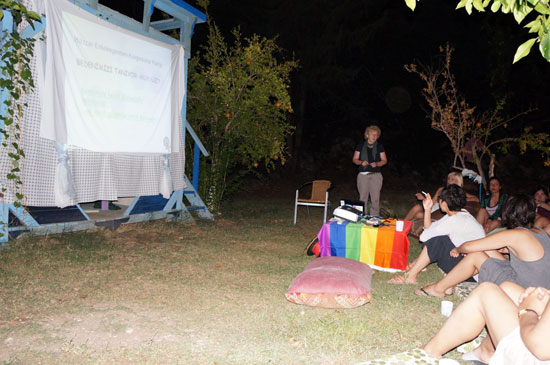 Gay and Bisexual Women’s Camp was held in Cirali, Antalya on September 13-16.
Activities Held During the Camp:
Workshop of Encounters
Moderated by Zehra Tosun, workshop of encounters was the first workshop of the camp. It started with people getting to know one another. During this workshop lesbian and bisexual women’s encounters with family, work life; LGBT, feminist and mixed organizations were shared. Mostly the experiences of coming out or being unable to do so were talked about. Personal stories of the participants showed that coming out to family or friends does not necessarily lead to pressure or being ignored. Contrary to the common belief, experiences proved that gay and bisexual women are exposed to discrimination at workplace and in education just like gay men and transgender people who are taken for granted as more visible in terms of their sexual identity. While it was expressed that negative prejudices towards gay and bisexual women in the society can cause occasional displeasure feelings of self and that women may start seeing themselves the way society wants, it was emphasized that being together in solidarity especially with gay and bisexual women makes it possible to overcome such difficulties.
Media Workshop
İdil Engindeniz Şahan conducted a training on writing articles and interview technics. How lesbian and bisexual women are represented in media was discussed.  Tabloid press, news using hate speech and marginalizing gay and bisexual identities were talked in relation with the problems such news create in daily life. 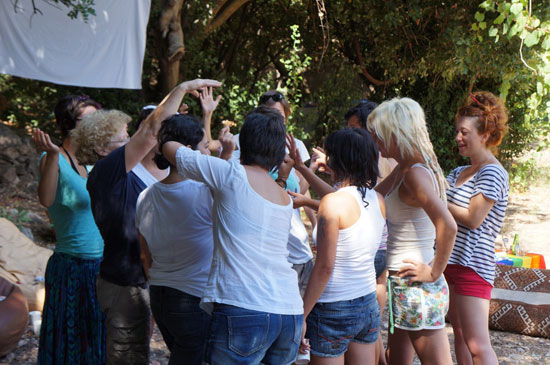 Forum Theatre
Forum theatre is a practice that includes the audience of the play as actors. The actors experience the solution of a problem decided by them, therefore, they actively participate in finding a solution for things that matter to them. The method has a functional role in shedding light on suppressed issues. The format enabled women to express their problems in a theatrical way.
Whose narrative is the gay and bisexual women narrative?
In this presentation, Kıvanç Tanrıyar compared the narratives based on terra incognita and those based on homosocial desire.  Questions like “Is there any prototype terra incognita speech that could match with misogynism?”, “What is the importance of analyzing such speech?”, “Can a writer who doesn’t adopt terra incognita and establish his/her narration with homosocial bonds be a misogynist?”, “Does the terra incognita speech have to establish a masculine narrator - male reader bond always through provocation, is there any terra incognita speech which goes beyond pornography?”, “While a queer man narrator looks for homosocial desire, does he go beyond the heterosexual man, if yes, how?” were opened to discussion. 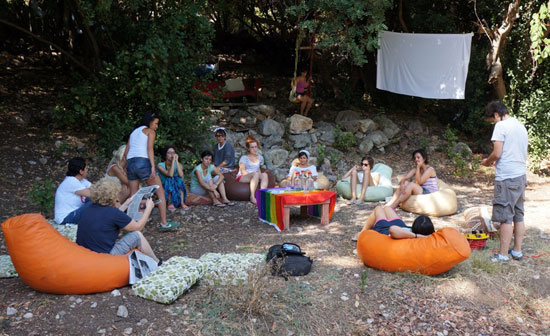 “Do we know our bodies against the male-dominant construction of pleasure?”
The workshop presented by Hasbiye Günaçtı started a discussion on woman body and sexuality being written with heterosexual man language in the books regarding health, medicine and many sources about sexuality.
“How can we make visible the discriminations and violations that gay and bisexual women are exposed?”
During the Law and Discrimination Workshop conducted by Yasemin Oz such issues were talked about: In the process of reporting the violations to gay and bisexual women, taking “trustworthy” information as just the violations being officially applied and information becoming public via media etc., the worries about making an official act and announcing the violation in the public space of trans men and gay-bisexual women; violations being kept invisible due to such reasons.