What is going on? We are at an important crossroads in which it is becoming clearer to women around the world that, as one feminist artist put it, "your body is a battleground." 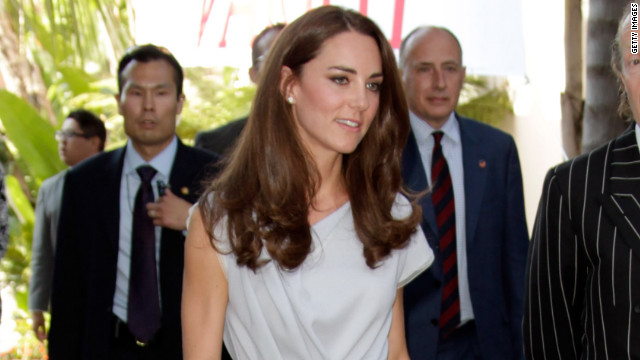 It seems as if we are in a time of unprecedented struggle over the meaning of women’s bodies and sexuality. Controversy is swirling about an American University professor who breast-fed a baby in class; topless photos of Kate Middleton have been released; and a Time magazine cover showing a mother breast-feeding her toddler sparked even more tittering in May.
It is not just the breast that is contested: Pussy Riot, the punk band, was sentenced to two years in a Russian prison after a staged performance in which they did high kicks that showed too much of their bodies. They tried, from prison, to explain "what pussy meant" and "what riot meant."
Michigan representative Lisa Brown got into hot water -- and fought back -- for using the words ’my vagina’ in the Michigan statehouse. Michigan women supported her by standing in front of the statehouse with a giant "V" symbol and spelling out the words ’VAGINA’ in pink letters.
Young women in Tahrir Square protesting in the Arab Spring were punished by imprisonment -- and vaginal exams by armed strangers for "virginity tests." This is not so surprising when you understand the delicate brain-vagina connection that my new book documents -- female sexuality around the world is targeted because through traumatizing the vagina, you can intimidate women on multiple other levels.
What is going on?
We are at an important crossroads in which it is becoming clearer to women around the world that, as one feminist artist put it, "your body is a battleground."
Vagina enters stage left -- or is it right?
In a hypersexualized culture, in which porn is available 24-7, it is not female nudity -- or discussion about vaginas or breasts or "pussy riots" -- that is scandalous. Indeed, the female body has never been so commodified before, and female sexuality has never been so readily consumable in sanitized, corporatized formats such as pornography.
Rather, what is still scandalous to our culture is when women take ownership of their own bodies. Staging a strip performance is not disruptive to social order in Moscow, but three punk poets using their sexuality to make a satirical comment about Russian leader Vladimir Putin is destabilizing and must be punished.
Legislating the most intimate aspects of women’s reproductive lives, all the way to imposing transvaginal probes on them -- as states are doing across the country -- isn’t shocking or obscene, because it is about taking away sexual control from women of their own bodies. What is shocking and obscene is when a serious person -- a legislator -- dares to take back ownership of her own self, with the scandalous words "my vagina." The issue is not the vagina, but who gets to say what becomes of it and who owns it.
Porn 24-7 doesn’t threaten social control. Indeed, its addictive effects, in terms of new neuroscientific discoveries, actually turns out to be a kind of drug or sedative. This turns a potentially liberating sexual revolution into yet another marketable consumer product that hypnotizes people and is creating new health and sexual problems around libido, rather than setting them free.
In the struggle over sex, these choices are where the struggle lies: Who decides reproductive rights; who decides when and how breasts might be exposed; who decides who can say vagina and where; who decides who is a slut; and who must be punished with hard labor for asserting their right to define their own sexual and artistic identities.
The sexual revolution came and went, and yet women are still not as truly sexually free as they deserve to be -- here or around the world. They are not yet, as these struggles show, fully free to define the meanings of their bodies and their desire, to assert their sexual wishes without punishment -- including punishment by the state. And they are not yet fully free to claim the right to sexual pleasure and autonomy without enduring public shaming.
Until that real freedom arrives, we can honor the pioneers such as Lisa Brown, Pussy Riot and the young women of Tahrir Square -- and keep up the fight to be free to name our bodies and ourselves.
As gender and representation expert Dr. Emma Rees notes of the struggle over how one may speak about female sexuality: "For until we have a language and a platform for talking honestly about women’s bodies and sexual drives, we’re doomed into a cycle of objectification and silence."
By: Naomi Wolf
Source: http://edition.cnn.com/2012/09/19/living/women-bodies-public-perception/index.html?hpt=hp_c4