The new religious context associated with the absence of definitive government as well as the absence of a formal constitution, creates a hostile atmosphere. 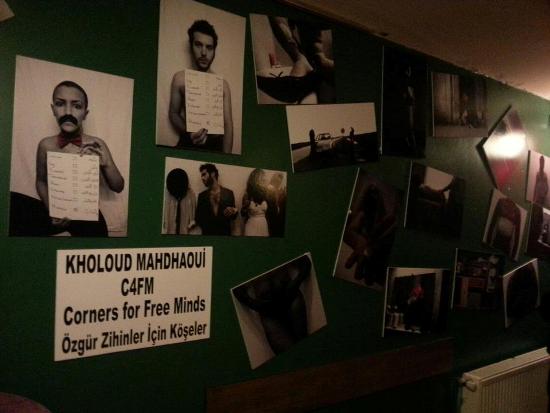 The new religious context associated with the absence of definitive government as well as the absence of a formal constitution, creates a hostile atmosphere.

LGBT people in Tunisia are daily facing difficulties because of their sexual orientation and gender identity. According to the Criminal Law in force in Tunisia, homosexuality is illegal and sanctioned. To learn more about the status of LGBT people in Tunisian society and their everyday lives, we spoke with Khouloud Mahdhaoui, a human rights activist in Tunisia.

Can you give us a short overview of life of LGBT persons in Tunisia?

Homosexuality is criminalised in Tunisia and it is sanctioned with 3 years in prison. The life of an LGBT person is an everyday struggle. Besides the law, there are also the social morality, religion and traditions which condemn LGBT persons. Anal tests are a standard practice by police and doctors in the legal sector for discovering gay men, while lesbians, are being cured by forced marriages, collective and corrective rapes which are common and usually organized by their families. Arrests are often accompanied by sexual harassment and rape. If we would like to summarize it, we might say that in Tunisia, homophobia is law.

Could you tell us if the status of LGBT persons change in Tunisia after the Arab Spring? How does the society treat LGBT persons and are there any LGBTs who are publicly out?

After the Arab Spring, many things have changed. Before it, the country was homophobic, but it wasn’t religious. Now, the Islamists have risen, Islamisation of politics, of public life, of the Tunisian street is very high. This new religious context associated with the absence of definitive government as well as the absence of a formal constitution, creates a hostile atmosphere, stifling and unbearable for the LGBT society. We found a huge deterioration in the quality of life, which was already unpleasant before, through outing, arbitrary dismissal, hate crimes, assault and incitement to murder by political and religious figures. Persons who are publicly out have left the country or live both in Tunisia and elsewhere. Transgender persons live terrorized and hidden.

Is there a difference in the way society and law treat lesbians and how they treat gays?

How are LGBT persons accepted or sanctioned by their families?

For sure there are some families who accept their children with their differences, but they are very rare and generally try to make their children leave the country. For the vast majority, having a gay child is a curse, a shame for the child but also for the family, for the family honour. Gay men are usually threatened with death and end up in the streets at a very young age, or are forced to play the game, and hide, lie, and become frustrated. For lesbians, as long as their sexual orientation has not been “proven”, even those who are masculine, will have no problems. We live in a patriarchal and sexist society, where a woman is weak because "she is a woman" so if she wants to look like a strong man (as we know, "all men are strong!"), it is quite normal. For those who have been outed, or who have done their coming out, they get locked up, forcibly married, sometimes raped to be “corrected” and “healed” by several people. 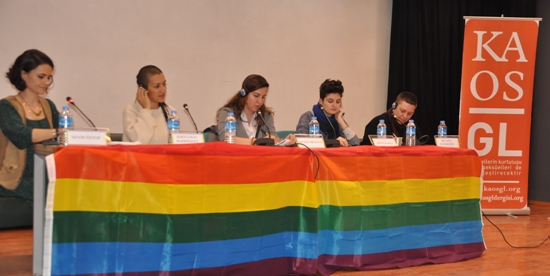 Can you tell us more about your organisation, your work and the actions you take to promote the respect and protection of LGBT rights, which difficulties and risks do you encounter in your daily work?

My organization "Chouf" (that means “watch”) is a group that has a horizontal structure. We are mostly women, lesbians or bisexual women and work on different plans. We try to take advantage of our professional activities to enrich the organization. Some of us are lawyers, so we confront and work on legal framework. Others are journalists so we try to educate the media. We organize workshops in order to raise the awareness on individual liberties, and offer legal support and/or psychological support for people who experienced homophobia. We don’t have any founders, we’re self-founding our actions which hugely limit our work, but we really believe in it.

Can you tell us more about your documentary project regarding the life of LGBT persons in all the countries of the members of the Regional Network Against Homophobia?

We have a documentary project that includes 19 countries of the regional network against homophobia and transphobia, Algeria, Tunisia, Croatia, Bosnia and Herzegovina, Serbia, Montenegro, Kosovo, Macedonia, Albania, Greece, Turkey, Iraq (from which we expect the response for the visa), Iran, Azerbaijan, Georgia, Armenia, and if we have enough money for tickets, Palestine, Egypt and Lebanon. We are a team of two people, Nicolas Silva and me, and the documentary is about homophobia and the impact of political changes and religious lobby on the life of LGBT persons. We are self-funded; so local organizations will help us with the management and logistical support to find the persons that we look for interviews.  It is very important for us that the interviewees express themselves in their native languages, and our network of friends will also help us to translate. We have also prepared a photo exhibition that is going to be exposed in the majority of the countries we will visit. This documentary will be filmed between July and October, and we think it will be done in February.