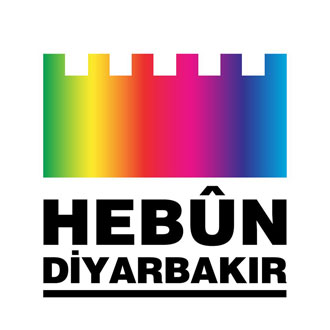 An extremist Turkish Nationalist hacking group called “Ayyıldız Tim” hacked this weekend the Facebook user of Hebûn, the Kurdish LGBT Association based in Dyarbakir.  Members of Hebûn are extremely concerned about sensitive information that was stored on their account and the fact that Kurdish LGBT people have been outed via the hacked user.
The Kurdish LGBT community in Diyarbakir struggles for space and recognition and its people suffer double discrimination for being gay and Kurd.  The local Association, Hebûn, does its best to help people and one of its most important means of organising meetings and events is through the social networking site – Facebook.
Last weekend Ayyıldız Tim, an extremist Nationalist hacking group managed to hack the facebook user of Hebûn and posted Nationalist symbols and video recording bragging about their previous hacks.  Ayyıldız Tim previously hacked many websites, forums and facebook pages/users including the United Nations’ official page.
Speaking with Gay Middle East, Arif, the head of the association, commented:
“The facebook page which was very useful for us in reaching LGBT people has been hacked and everything has been changed with Nationalist pictures and announcements.”
Turkey’s Kurds suffer from discrimination that includes serious restrictions on their language and any expression of Kurdish culture, as well as restrictions on non-violent political organizing.
“It is most definitely a homophobic- transphobic and fascist attack since we are Kurdish and LGBT. It serves as a reminder to the difficulties and discrimination we face as being both Kurdish and LGBT”, said Arif.
The user was connected with over 2500 friends who need to communicate safely and often with their identity protected: “we had 2540 friends most of whom had visibility problems. That is, they haven’t come out and our friend list was hidden because of this. Yet, this fascist attack made the friend list visible to public, which makes us really upset and worried. You must guess how hard to be a visible LGBT person here,” said Arif.  In essence this amounts to outing publicly thousands of vulnerable people.
In fact the main means of communication for Hebûn is through facebook, organising events and groups both virtual and real:  “For instance, we have a seminar entitled "Socialise and LAW 101" which aimed teaching LGBT Kurds their rights when faced with the constant police harassment in Turkey”, stated Arif.
Arif complains: “Not a single organisation made any statement related to this incident, or let alone protest against or had it covered in the Turkish media.”