LBT Women, Too, Met in Ankara to ‘Break the Chain’

The Ankara act of ‘One Billion Rising’, worldwide protests against violence against women, took place in Sakarya Square on February 14. 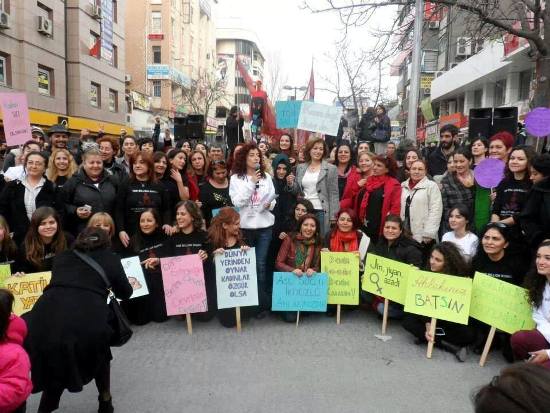 The Ankara act of “One Billion Rising”, worldwide protests against violence against women, took place in Sakarya Square on February 14. Organized for the second time, Berna Kose of Middle East Technical University’s LGBTT group METU LGBTT Solidarity, gave a speech on the violence and human rights violations experienced by lesbian, bisexual and trans women.
“The morals of the heterosexist order is the killer of many lesbian, gay, bisexual and trans people” said Kose, mentioning lesbians who are forced into marriage, bisexuals raped due to their sexual orientation and hate crimes. 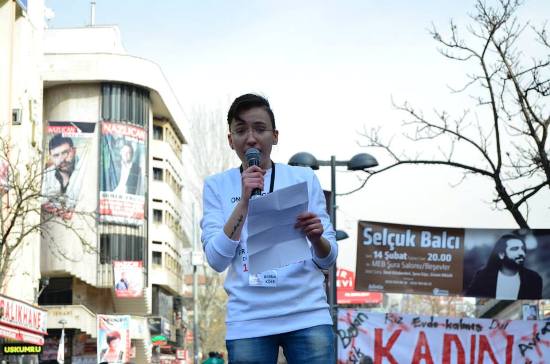 “Viva Love Between Women!
Kose continued her speech in the event entitled “justice” for this year’s Valentine’s Day: 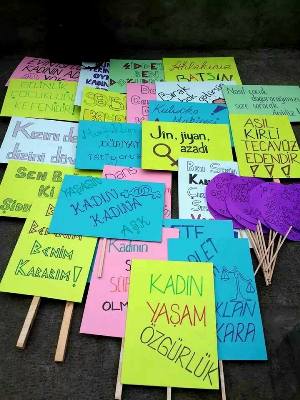 “Today I would like to tell you about the love between women and that gender reassignment surgeries are covered 100% by the state. And that the term “unnatural sexual act” was repealed from the Constitution of North Cyprus. But I will not do that as the situation for lesbian, bisexual and trans people has never been one for celebration.”
Following Kose’s speech, Gulum Pekcan and H. Veli Kurt performed their play “Requiem for Child Brides” and women danced to the song “Break the Chain”.
“Let the house be a mess!”, “Viva love between women!”, “Woman, life, freedom” (in Kurdish), “Justice does not come from customs!”, “My murderer is in my bed!”, “I did not come from your rib, you came from my vagina!”, “We want the world, not the kitchens!”, “I did not give birth to violence!”, “We are no incubators!” and “Bridal dress is the shroud of childhood!” were among the banners used in Sakarya Square to spread women’s messages.
Translation: LGBTI News Turkey