Lesbian Feminists From Tunisia, Algeria, Serbia and Albania Were in Ankara

Lesbian feminist activists spoke on the tools of activism and resistance against nationalism and heterosexism. 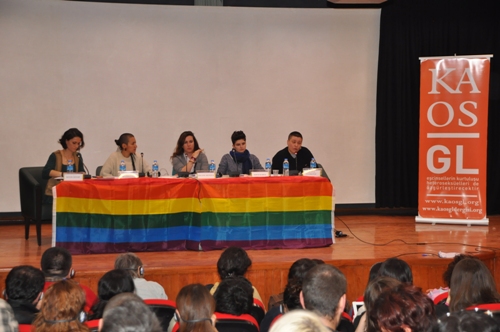 Lesbian feminist activists from Tunisia, Algeria, Albania and Serbia came together in Ankara to speak on the tools of activism and resistance against nationalism and heterosexism. The panel took place at Ankara University on March 16, Saturday.

Khouloud Mahdhaoui from Arken for Minorities in Tunisia, Xheni Karaj from Alliance Against Discrimination of LGBT in Albania and Biljana Stankovic from Novi Sad Lesbian Organization in Serbia were the panelists of the “Lesbian Feminist Forum”, moderated by Nevin Öztop from Kaos GL.

Tunisia, which was behind the wave of revolts and revolutions in the region, has seen a huge regression in the field of human rights, individual freedoms. In this transitional period, for the women, fighting for their rights is a duty.

After considering the loss of some of social and legal achievements, that postcolonial Tunisia has acquired, several groups for the defenses of women  rights were formed. I’ll talk about the context and the need for their creations, and the status of women in Tunisian society today. 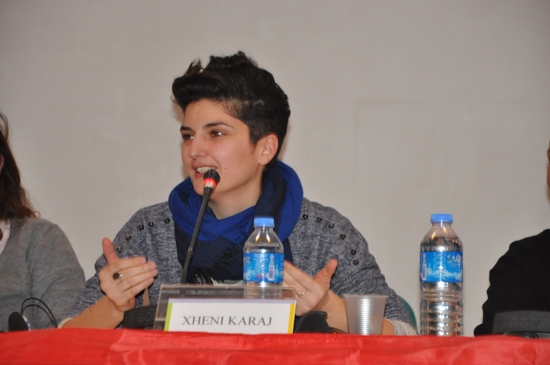 I have decided to talk a little about a overview of the situation of the LBT community in Albania and my experience as the first out lesbian activist in Albania. We created Aleanca in a period when nothing was happening regarding LGBT issues and there were no organisations active. Actually Aleanca started by a group of five lesbians even though now we are a mixed board of organizers. And this is interesting to happen in a society when most of people used to think that lesbians didn’t exist at all.

"Feminism is a happy end" 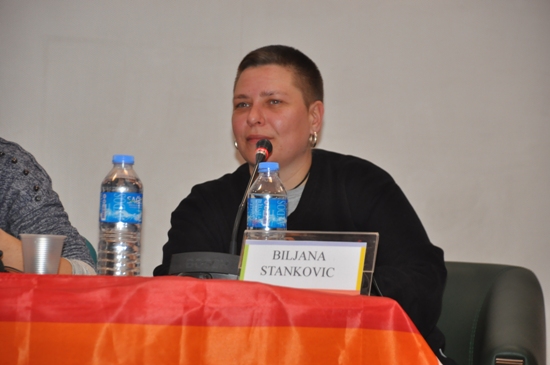 Serbian daily life still don’t accept feminism as a pro human and peace ideologue and action. After more than 20 years of empowering existence of minorities. Feminism is discriminated in state institutions and politics. mechanisms for revitalization of patriarchy, nationalism and male powers are ruining all good influences of feminism to education system, women’s health issue and lgbt rights. It is again the time for radical feminist model of protection of women’s rights, to raise our voices again and again, to protest and fight without delay for any injustice and violent reaction to women’s being. For some of us the smell of revolution is already present. For some other feminists there are other options in the fight for the same thing. Most important task for all of us is to stay united and get stronger. how we can reach this status inside of many mechanisms which attends to ruin what we already already build, to put women in a inferior and invisible position in society and to set women’s body as a object of male possession? Lesbians also need deconstruction of gay patriarchy. For me, feminism always was and always will be a life with happy ending for women. So, my activism can only be followed by respect for every human life. If this is not good enough for the rest of the world it won’t be hard going on with trying to change that fact because believing in equality and women’s power of change.