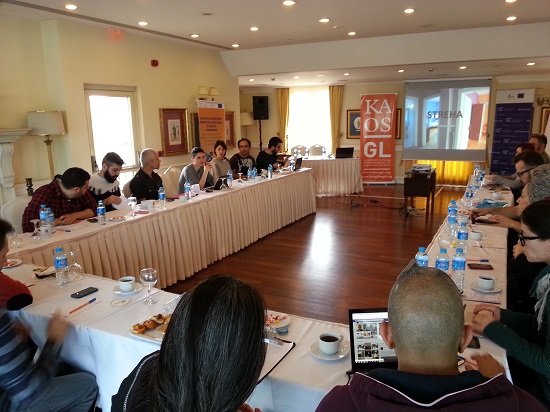 LGBTI activists from Balkans, the Middle East, North Africa and South Caucasia met in Ankara for the 6th Regional Network Meeting. The activists discussed their regional problems and how to tackle them.
LGBTI activists from Albania, Armenia, Bosnia and Herzegovina, Croatia, Greece, Israel, Lebanon, Macedonia, Serbia, Tunisia and Turkey met in Ankara on March 12-13 for the 6th Meeting of the Regional Network against Homophobia and Transphobia held by Kaos GL Association.
The 6th Regional Network Meeting started with People to People (P2P) Conference by TACSO titled “Anti-Discrimination and Equality on the Way to the EU.” The Conference focused on different ways to tackle discrimination and common problems around freedoms of speech, expression and assembly.
The second day of the meeting started with a discussion titled “common opportunities and challenges”, moderated by Yosef Mckyton from Israeli Queers for Palestine. Hate crimes and lack of anti-discrimination laws were counted among the biggest problems in the region.
Albania: LGBT shelter and social work
Xheni Karaj from the Albanian organization Aleanca LGBT talked about an LGBT shelter which was opened last year in Tirana. Karaj emphasized the importance of shelters in places where discrimination and hate crimes are prevalent.
Karaj stated that their work in the shelter includes psychological support, health care and employment for social integration and said “we are creating a place where LGBT people can find shelter, be empowered and develop their skills when social work services are not sufficient enough.”
Serbia: Bringing trans issues to LGBT movement
Adam Puskar from the Serbian organization Queeria Center reminded that they postponed the Belgrade Pride Week to September because of the floods in May last year. Adam underlined the importance of bringing trans, sex work and HIV/AIDS issues to the mainstream LGBT movement. 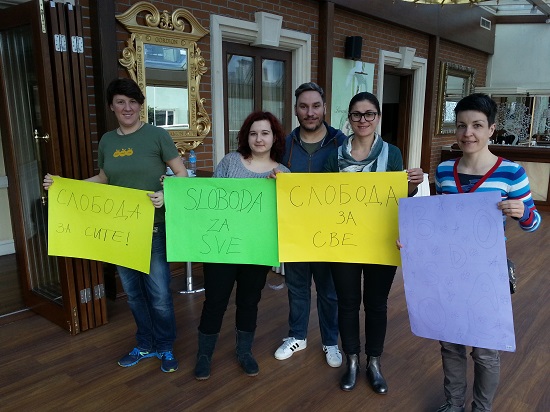 “Hate crimes and discrimination are systemic problems”
In the second session, the group discussed the common threats against LGBTI people’s freedoms of expression and association.
Omer Akpinar from Kaos GL Association, Jo Hammoud from Lebanon and Mamikon Hovsepyan from Pink Armenia made presentation in the session moderated by Yildiz Tar from Kaos GL Association.
Tar opened heterosexism and neo-liberal changes to discussion through the examples of Egypt, Tunisia, Greece and Turkey and said “We have to realize that hate crimes and discrimination in general are systemic problems and that radical interventions to the system are needed.”
"The Domestic Security Bill will increase violence against trans women"
Omer Akpinar explained the social developments in Turkey after the last year’s protests for Berkin Elvan, a 15-year-old boy hit by a tear gas canister fired by the police. Akpinar told that the New Domestic Security Bill will give more authority to the police to use violence, turning Turkey a police state:
“It can be said that the Bill will increase state-sponsored homophobia and transphobia. Especially violence against trans women will increase and be legitimized by the Bill.”
Akpinar also explained LGBTI people’s presence in last year’s local elections and in upcoming general elections. He also mentioned the hate speech from the Islamist dailies Yeni Akit and Vahdet, and the closure case against Ekogenc. 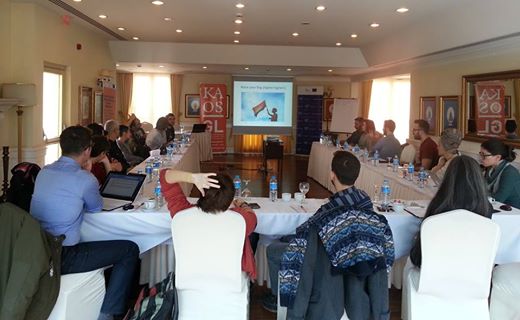 Egypt: Difficult to talk about freedom of assembly
Jo Hammoud talked about the regime’s pressure on civil society in Egypt: “People who talk against the regime get lost. It is not possible to talk about freedom of assembly in countries of the Arabian Peninsula.”
Hammoud told that situation in Lebanon differs slightly from the other countries, stating that freedom of assembly exists but it is under control of the Government.
Armenia and Georgia: The Church organizes discrimination against LGBTs
Mamikon Hovsepyan underlined that the anti-gay laws in Russia increase homophobic and transphobic discrimination in South Caucasia, too. “The Georgian Government sometimes mentions LGBT rights to be part of the EU; however, the religion has a strong power in the country which puts LGBTs’ freedom of assembly at risk.”
Reminding that the Armenian Church runs anti-LGBT campaigns, Hovsepyan told that 10% of the whole population left the country due to pressure, emphasizing an important part of the number being LGBT people. 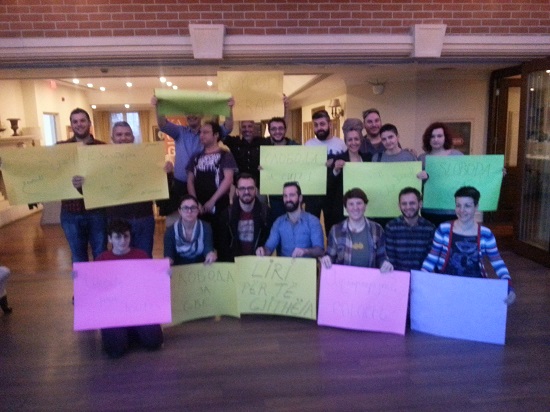 The last session of the 6th Regional Network Meeting dealt with the future of the network by the moderation of Ezgi Kocak from Kaos GL. After the meeting, the participants wrote “freedom for all” on papers in their native languages.