LGBTI+ associations shouted out from İzmir: Trans murders can be prevented!

LGBTI+ associations made a joint declaration at İzmir Bar about the hate attacks against sex worker trans women: The hate attacks and murders against trans persons are social and political! 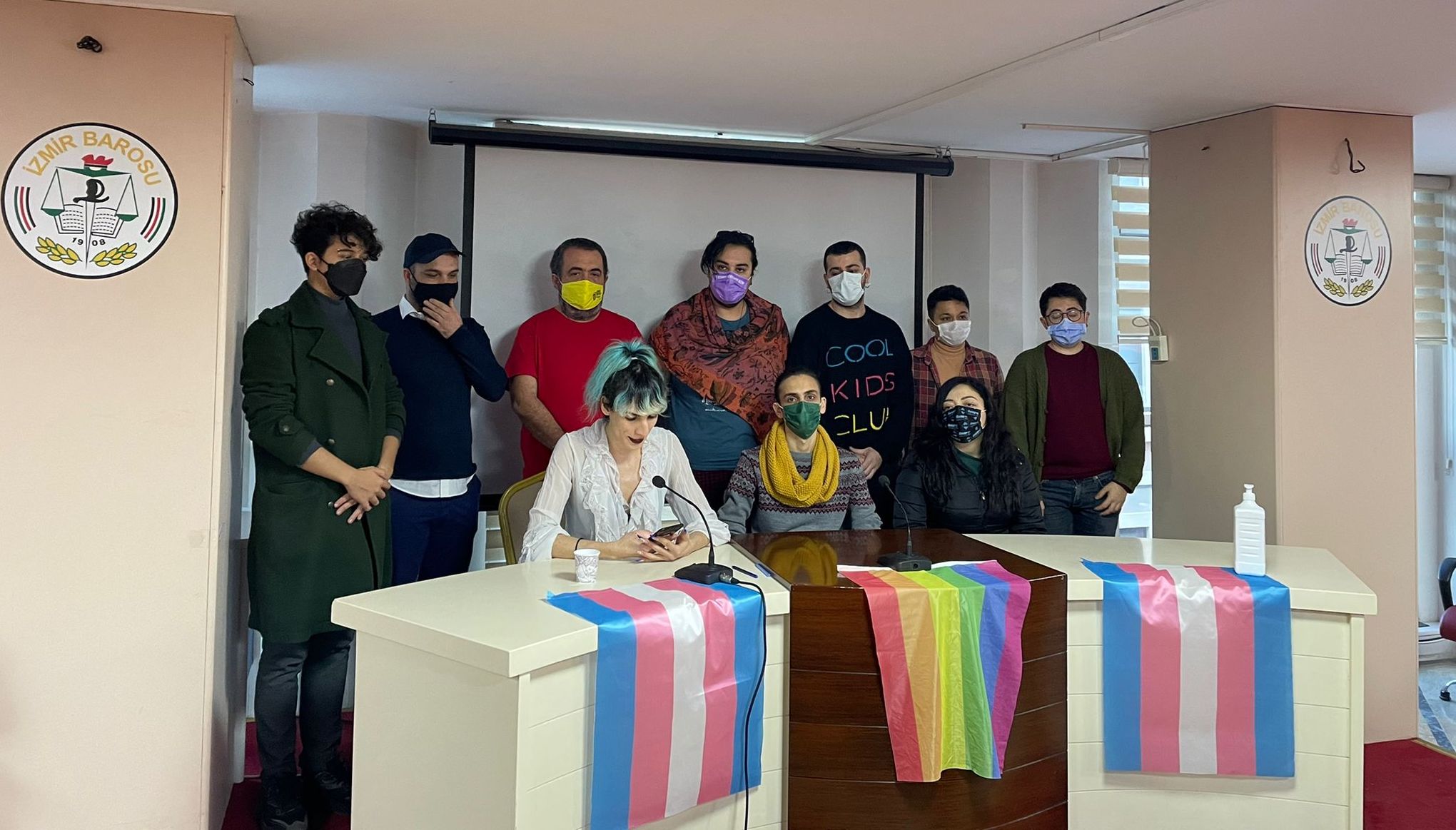 LGBTI+ associations came together against three hate attacks in İzmir targeting four sex worker trans women in the last month.  LGBTI+ associations made a joint declaration yesterday (December 17),  in İzmir Bar and once again they told “Trans murders are political” reminding their will to fight against hate and violence altogether.

The LGBTI+ associations like 17 May, Antalya BİZ, Young LGBTI+, Hevi LGBTI+, Kaos GL, Lambda İstanbul, Mersin 7 Colours, Muamma LGBTI+, Free Colors, Pink Life, SPoD ve ÜniKuir, reminded the hate attacks in İzmir and said “The government shirks its’ duty and tries to evade responsibility.” in the context of the joint declaration. They demanded that the perpetrators of all the attacks against trans women to be penalized on the upper limit by investigating the hate motive behind and operating all the social and public settings to prevent all kinds of hate crimes and murders.

The full text of the declaration is as follows:

We are sorry, angry and worried as the LGBTİ+ associations take part here…

Trans woman Berrak was slaughtered in a hate murder committed with transphobic motivation on Saturday on November 27!  We demand that the perpetrator, who is encouraged by the hate speech and targeting against LGBTI+s of the government, increasingly go on especially in the last five years, and who gets strength from the attacks especially against trans women in public areas and who relies on the impunity, to be penalized on the upper limit by investigating the hate motive behind!

The hate attacks and murders against trans individuals are social and political! The government who is responsible for preventing all kinds of discrimination and hate attacks, and carrying out an effective investigation and penalizing, shirks its’ duty and tries to evade responsibility! #TransCinayetleriPolitiktir #TransCinayetleriÖnlenebilir (Trans murders are political, Trans murders can be prevented)

The death of trans woman Derya, heard on December 4, is not ‘suspicious’ for us. Suicides of the trans individuals, whose all sort of fundamental rights have lurched, who are overtly shut off from public support instruments, excluded from the social life and exposed to all sorts of systematic discrimination and transphobic violence via all kind of sources of the government, are overtly  result of dragging to death and each of is a murder! #TransİntiharlarıPolitiktir #TransİntiharlarıÖnlenebilir (Trans suicides are political, Trans suicides can be prevented)

We hold over our lives with all our sorrow and anger for our friends who are passed away, but more insistently and aloud: We are all together against, particularly the transphobic hate attacks made in İzmir and resulted in grievous bodily harm and death last month, all sort of transphobic discrimination and violence and hate attacks! The perpetrators of these crimes against sex worker trans women should be penalized on the upper limit by investigating the hate motive behind!  All the social and public settings should be operated to prevent all kind of hate crimes and murders against trans individuals!

We demand everyone unconditionally to be in solidarity against political and social climate, which was created by binarist and heterosexist male power and based on hate and violence, and against the perpetrators who are encouraged by this climate, in order to prevent discrimination, hate crime and hate murders against trans individuals and to provide a judgment promptly and adequately for the crimes!

We were, we are and we will be! Long live life just to spite hate!