Hundreds on the street for İzmir LGBTI+ Pride Parade despite police blockade: We will win by resisting! 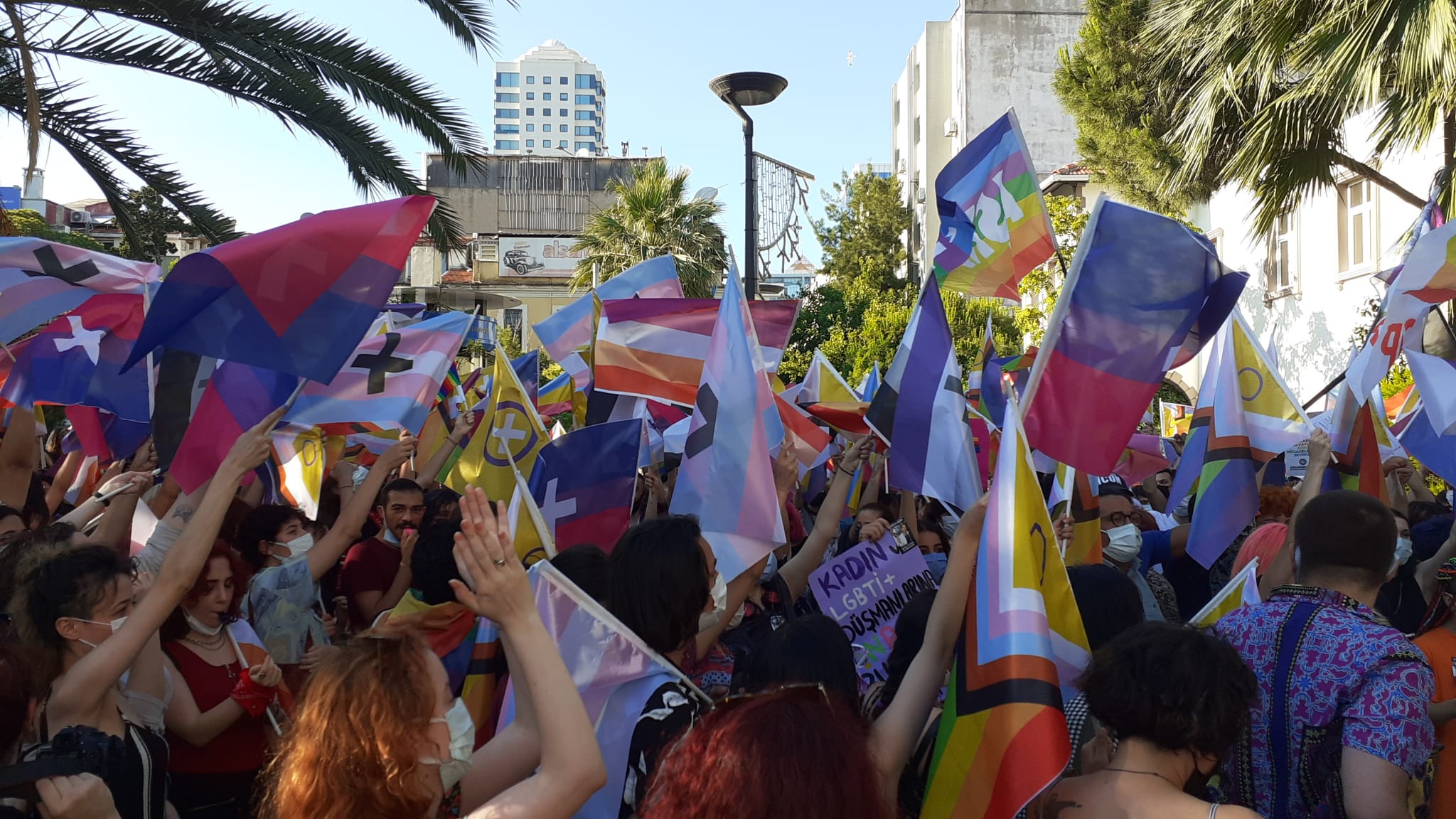 Police told that “they won’t allow the march”. LGBTI+’s started the press release with slogans after the threats of the police.

“Lesbian, mesbian we are here”

Throughout the press release, the crowd often chanted, "We exist, we will exist", "Just to spite hate, long live life in spite of hate", "Lubunyas will not be silenced", "Where are you, my love", "The whole world would tremble if the fags were free", "Lesbian, mesbian, we are here".