A section of Arkadaş Zekai Özger's life will be published as a graphic story in the daily internet magazine Ters Dergi. 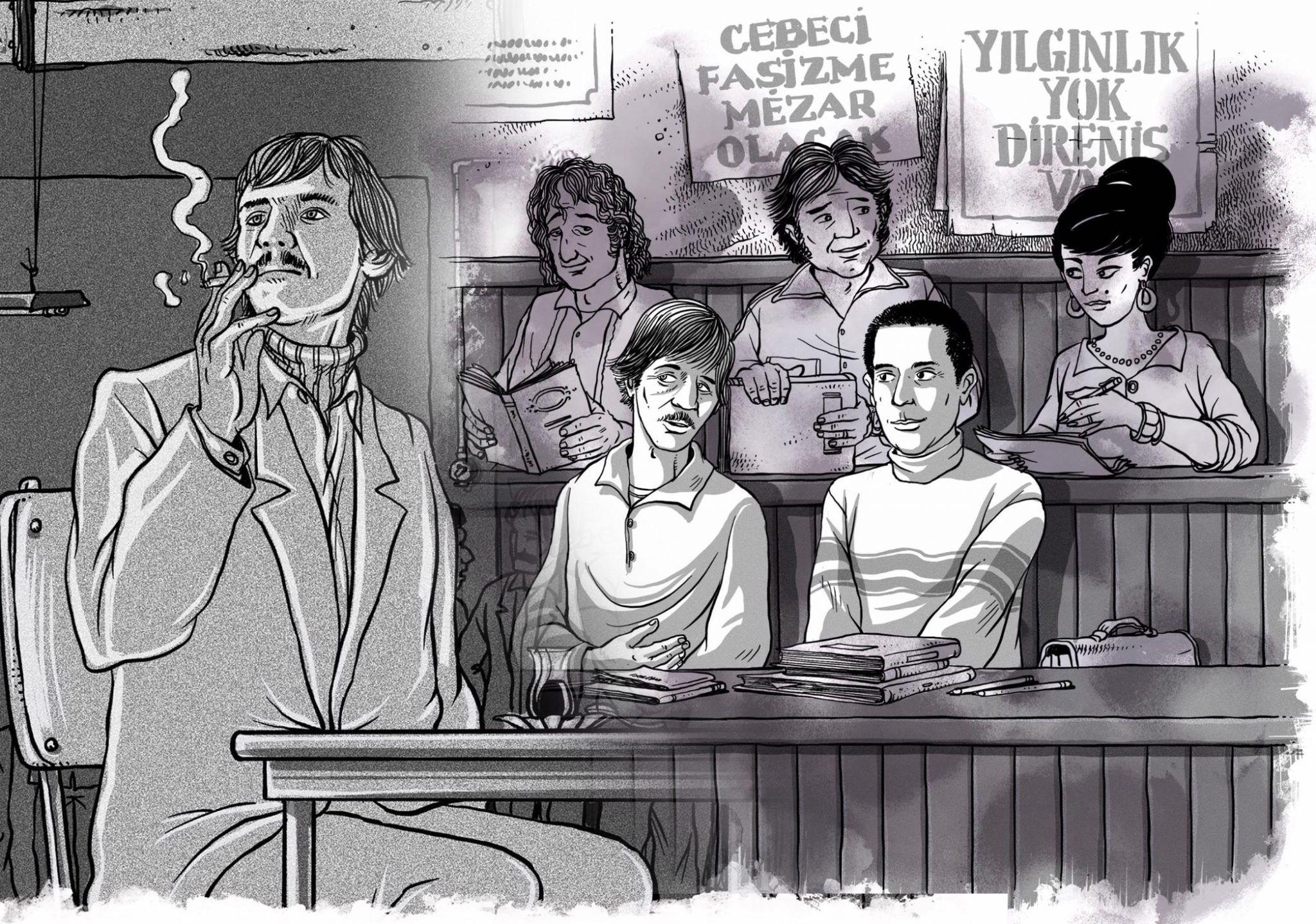 The daily internet magazine Ters Dergi announced the graphic story based on a section of Arkadaş Zekai Özger's life:

"A section of poet Arkadaş Zeka Özger's short life has become a graphic story. The illustrations belong to the master cartoonist Ali Doganlı and the story is written by Özge Yurttaş. It will be on the Ters Dergi very soon..."

Arkadaş Zekai Özger was born in Bursa, Turkey on January 8, 1948 and worked in TRT's Ankara offices after graduating from Ankara University Faculty of Political Sciences Faculty of Communication.

He was severely hit in the head during the events that took place before 1970, when his school was raided by the police. Years later, on May 5, 1973, he was found dead in the street, as result of a brain haemorrhage. Özger, the creator of the verses, "Do not believe, some day of course the direction of the wind which worships the sun and the penis will change".