Lots of guns but no trans! 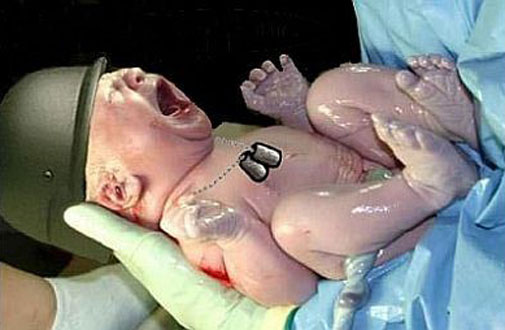 My name is Helin; I am a 26 year old transsexual woman. My adventure with the military lasted for about six days. And this process was such a tiring and wearing one… Even now, as I am writing about my experiences, I get goose bumps: I might end up having to re-experience this all over again as I write about it. I was a teacher for 3 years following my BA. I was so anxious about the military that I neither had the power to go to the draft office, nor to get a “pink report.” I didn’t want to get into trouble with these procedures. This year, along with the process of opening up to my family, I found that power in me.

Doctor: “Are your breasts real?”

I didn’t know what I was about to live through as I, along with my mother, set out to Cebeci Draft Office; nor did I know that my adventure was going to last so long. The appalling experience had already started in my very first moments as I stepped through the doors of the office. Once our belongings were searched, we were asked for our IDs. I find it very difficult to describe how I felt at that moment. I gave my ID card to the soldier in front of me with much haste and without looking at his face. But this haste couldn’t prevent the chuckles, the whispers, nor the sounds and gestures of disapproval, along with the humiliating looks, to surround us. Both my mother and I had become so tense that I don’t remember how we went from that doorway to the relevant office. Once there, they referred us to Mamak Draft Office, which was located at another floor of the same building. Here, we were surrounded yet again by the gaze of both the officers and the draft candidates who were receiving their conscription. The minutes that would truly wear me out were those when it was our turn to be served. I was asked to get 24 passport-style photos downstairs. Everyone was gazing at me as my photographs were being taken. Some were looking in a manner to harass me because they understood that I was trans, and others because I was a woman. Even though we were inside this office, there were even some who verbally harassed me, as if we were on the streets. I remember how I got hot flashes, how my hands started sweating, and how I wanted to die. Without my mother at my side, I wouldn’t have stayed there for a moment. But I endured. Because in order for me to do as I wanted, I needed that report that would brand me as “ill.” This was a great contradiction for me. I kept trying to explain to my family that I was not ill. And now, with my mother beside me, I was officially petitioning the state to accept that I was ill and to not draft me.

They referred us to Diskapi Region Military Hospital after a four hour ordeal at this office. We rushed there, only to find a queue formed by Reserve Officer Candidates like me being processed to appear before the military board. In the meantime, I have never seen so many soldiers in one place in my life even though I was a soldier’s daughter. From here, I was referred to the Psychiatry Department for examination. There was yet another queue. I handed my documents to the nurse. As we waited outside, the nurse came out to the hall and announced names of whoever’s turn it was. I became anxious again because the nurse was about to announce my name: “Alpaslan Gokce!” The name on my ID that I hated so much kept ringing in my mind. Again, the humiliating looks, again, the verbal harassment: “Wow! Look at that Alpaslan!”, “What an Alpaslan, I’d die for that!” “Since when are you like this? Does your family know about you? What do you call yourself? Are your breasts real? How long have you been ill?” asked the doctor before approving my documents, then we went back to the draft office. And I understood then that the ordeal and the hassle were just beginning. They referred me to Beytepe Gendarmerie Military Hospital after having our documents approved at this office.

Specialist Sergeant: “Are you a fag?”

The adventure started all over again. We woke up early in the morning and took the road for the hospital in Beytepe. We had to take a cab as there was no public transportation for the hospital. In the meantime, just to catch up with what they call “the board meeting time,” we had spent 80 TL [about $35] yesterday. Let’s see how much we have to spend today! We arrived to the guardhouse and went to the reception with the sealed envelope that the draft office had given us. I was harassed by the specialist sergeant here. He kept asking what my illness was. He said stuff like “Are you a fag?”… I gave him a piece of my mind and a watch officer came over, asking what was going on. I explained him the situation and he said: “attend to the lady’s business and let her go as soon as possible.” We began walking towards the hospital after giving the officer our IDs and phone numbers. We were about to go in to get registered for our transaction and, lo and behold, we were informed that the hospital did not have a Psychiatry Department! That enormous draft office managed to send us to the Psychiatry Department of a hospital that did not have one?! Following a 3-hour long ordeal, I was referred to the Etimesgut Military Air Force Hospital. That is, at the other side of Beytepe. We took another cab, spending so much money that we quite couldn’t keep track of it! I visited two psychologists here. The first one asked questions like “For how long have you been ill? How did your breasts get so big? Do you have sex with men? For how long have you been walking around like this? Don’t you feel shame when you wander around like this?” and said “I want you to take the MPI and HPT tests.” We went to the hospital 3 hours later and visited the second psychologist. He administered me the 560-question long MPI test and I had to waste hours answering them. When I completed the test, they told me to “come back the next day to get your results and show them to the other doctor.” And so was spent our second day.

We took the road early morning for the Etimesgut Military Hospital yet again. I thought I was going to get my test results and appear before the board. Of course, that didn’t happen… When we received the results and went to the doctor, he said the test was not completely administered and that the HPT test was not done, calling for the other doctor. He asked why the other test was not administered. And that doctor said “I don’t know that text, commander.” The commander, who himself probably did not know about this vastly outdated test, referred us to Gulhane Military Medical Academy (GATA). We took the road for GATA. And in the meantime, the weird looks and the humiliations never ceased.

On the road, both I and my mother started crying. We were spent; we were out of endurance for this hassle. My mother caressed my hair and said “It’s going to be okay, my girl. These bad days will soon be over. You’ll see, our hassles after this one will be for happiness.” When we arrived at GATA, the doctors first said that they did not know about such a test. Then they found the test and kept debating how to administer it for 3 whole hours. Finally, I was called to fill out the test. To describe its outline: they wanted me to draw a tree, a person, and a house and asked me about these. Once this was done, they told me to “come back tomorrow to get the results.” And so was wasted our third day.

The Doctor: “This is the price you have to pay!”

We took the road early morning for GATA. By then, both my mother and I had lost our footing. I felt so worn out that I hated being human. Fearing that I might do something either to myself or to the doctors, I kept struggling with myself. We were worn out both psychologically and financially so much so that neither I nor my mother could make a sound. We managed to get the test results on the spot. We got our referral back to Etimesgut and took the road. Traveling was almost impossible because of the heavy rain that day. Yet we had to catch the board meeting time, so we ended up having to take a cab yet again. We were out of money by then. We were thinking about how to get back home. We went to the hospital and handed the test results. We were informed to have the results approved by the Health Committee. After waiting for 4 hours and countless harassment and humiliation, we received the approval and went back to the doctor. The doctor told us that that we were going to see the board on Monday at 1:30pm. By then we had began feeling as if this all was a joke. We started laughing out of anger. The doctor, openly and without shame, told me that I had to endure all this and that there was a price that I had to pay.

We took the road, thinking that, finally, this was the day I was going to get my report. I was curious about what kind of a thing this board was and they taught me well that I should not have been curious about it. One of the doctors had a microphone. He said “Those whose name I announce and declare to be sound[1] should wait outside. Those whose names I announce and declare to be ill[2] should enter the board room.” The hallway was extremely crowded. A lot of candidates were waiting to be seen. In this crowd, the doctor, with the microphone in his hand, announced “Alpaslan Gokce.” I entered the room with everyone’s curious looks on me. I stood in front of the board. All the doctors were looking weirdly at my face. The board’s decision was read: “Alpaslan Gokce as identified has been determined to have advanced psychosexual defect and unsuited for the military both in peace and in campaign.” They put red ink on my finger after reading the decision and thumb-printed me on 5 different pieces of document, as if I were a criminal and told me that I “could leave now.” Of course, our business was not done yet. I handed the document they gave me to the draft office. I finally had received the report. Finally, branded as “ill[1]” and “sickened” in military perception, I was saved from the draft. On the other hand, I was hurt. While telling my mother and father for years that I was not ill, I now had a report declaring me “broken” and “ill.” Signed by a lot of doctors, nonetheless.

The money we were given by the draft office for expenses: 10 TL [about $5]

My mother and I are thankful to the draft office for the financial and psychological support they provided!