‘Notes of a feminist lesbian during wartime’

In this essay Lepa Mladjenovic talks about lesbian women during the Yugoslavian war. 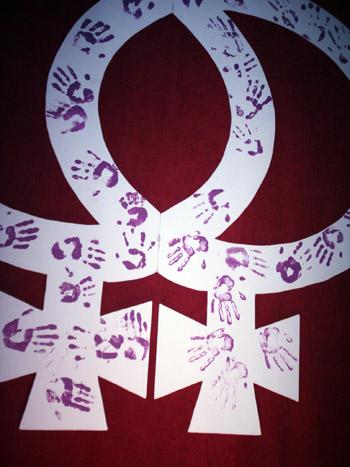 In this essay Lepa Mladjenovic talks about lesbian women during the Yugoslavian war.
in SERBIA, 13/04/2010
This is the essay that took me the longest time to write. I’ve never had all my life so delicately opened as a live fluid facing wartime death toll news: I was living the war in Yugoslavia - war in neighboring regions, fascist regime in my town ordering war in the neighborhood, and I was living myself a lesbian. I was making love in my room with back-up dilemmas of turned on or turned off little radio shouting battlefield news.
I wanted to connect and write about these two, but it took me years to have courage to even start. When I started to write, it was on English language. Maybe because it gave me enough distance to think about myself. Maybe because when I decided to write it in English I made imaginary feminist lesbian international community as my audience, and it felt safe. Wanting to write meant wanting to understand myself and the world around me. It meant working through my own homophobia, making transparent layers of fear, guilt, justice, desire and will to understand it all.
When I reread this essay I saw that I would have written it differently now. In the year of 2001 I am changed. The wartime made the knowledge of the meaning of my lesbian existence in wartime difficult and deep. After going through this process it all came to its place, connected. The two issues fused in me through fear of war and fear of being a lesbian in heterosexual world. Wartimes creates all kinds of fears, those of anti war activists, those of being Albanian in Serbian regime, of being disabled in the abled world... fears of abandonment. This essay tells me how difficult is this process of recognizing homophobia in oneself, how difficult is melting its destructive particles in one’s own body and heart during nationalist and fascist hatred of wartime.
This essay is as well about two dimensions of my interest: one, lesbians in peace movement and how visible we are. There were always lesbians in peace movement and there was always silence about us. We are silent about ourselves. What are our own dilemmas about it. And another dimension of this essey is about lesbians in the wartime. Where do their decisions to act come from?
Some have to leave, many have to leave to survive alive. Many have to stay. And most of us then realize that home is not in the culture that hate us. I know there are many lesbians in the regions of war, and I know that many have left these regions because it was a matter of their life. I wish to dedicate this essay to all women who love women who are stranded in the war zones, who choose to support their families and neighbors by being there, and who do not have means to read essays like this one or anything else which can inspire their lesbian bodies. I also dedicate this essay to my dyke-sister feminist lesbian Igballe Rogova, founder of the women’s rural group Motrat Qiriazi, who worked all throughout the war years in Kosova with women and girls and never denounced her lesbian self.