May Day of Ankara: LGBT Rights Are Union Rights!

The Ankara May Day demonstration was full of rainbow flags this year. 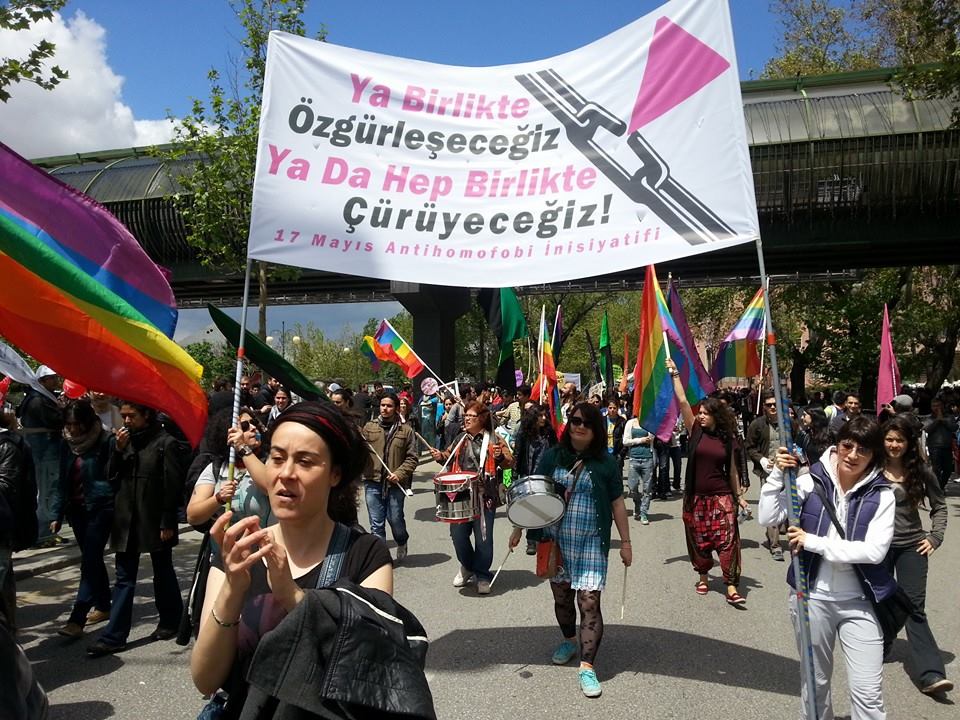 The Ankara May Day demonstration was full of rainbow flags this year.
LGBT (lesbian, gay, bisexual, trans) people gathered in front of Ankara Train Station to protest workplace discrimination based on sexual orientation and gender identity. Having taken the streets for the first time in 2001 as an organized group, LGBTs carried a banner which reads “We will get either liberated or decayed altogether!”
Kaos GL and Pink Life associations as well as independent LGBT activists participated in the demonstration with their rainbow flags.
LGBT Rights Are Union Rights!
Criticizing that Turkey does not ban discrimination based on sexual orientation and gender identity in its Labor Act, LGBTs shouted out the slogans “at school, at work, in parliament, gays are everywhere”, “LGBT rights are union rights”, “what divides the class is not gays but homophobia”, “we want a world with no bosses and no pimps”, “general morality – whose morality is that?”, marching to the Sihhiye Square. 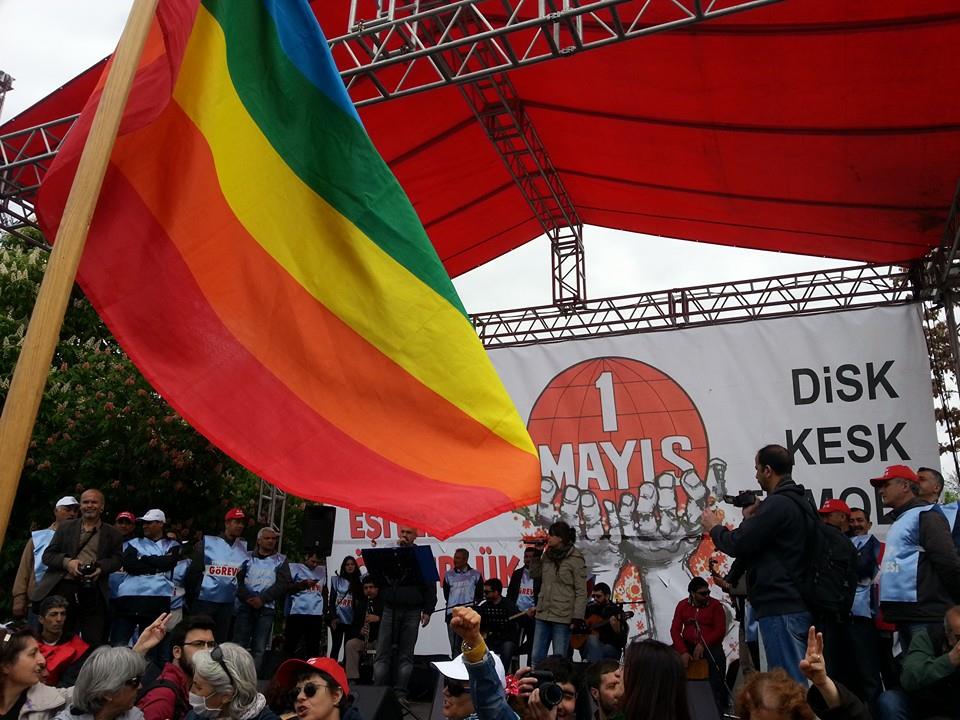 Feminist, animal liberation and peace activists made their demands visible in the Ankara May Day demosntration, too.