Let flaming become a state of being, a tool to reject the stoic solitudes of space as rigid, clean and permanent. 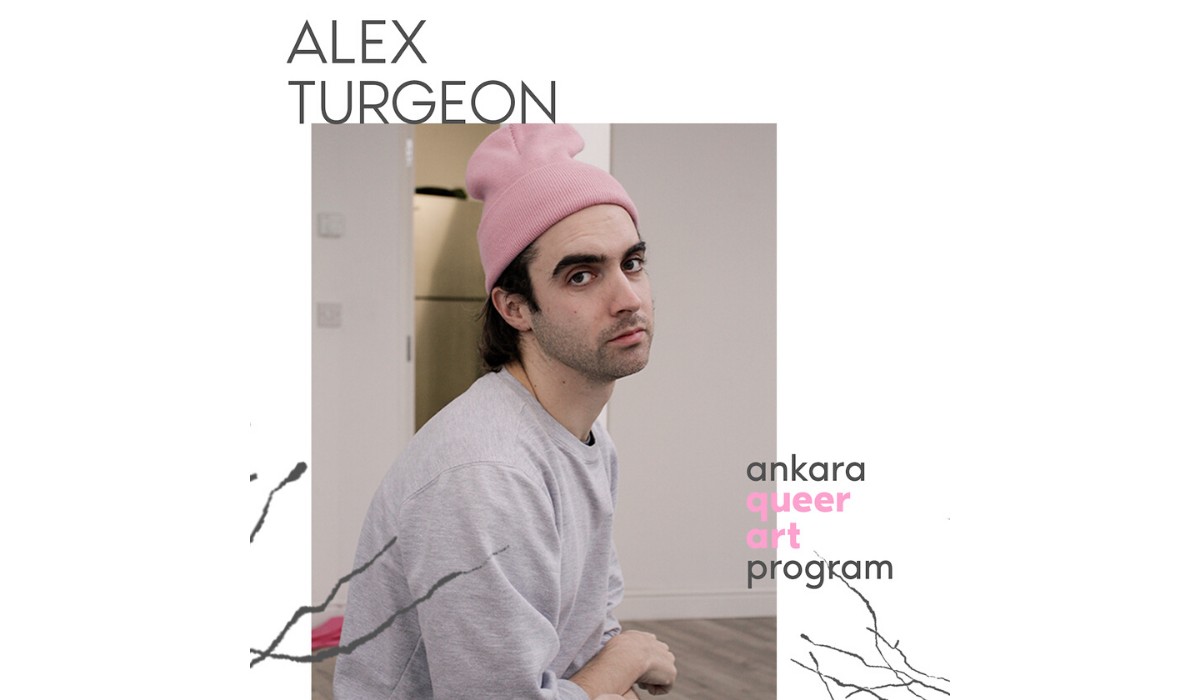 The selected participants of the Ankara Queer Art Program - Artist Residency, organized by Kaos GL, have been announced. The program plans to host visual artists both from Turkey and worldwide at Ankara.

Alex Turgeon is one of the selected artists. Alex Turgeon (Halifax, Nova Scotia) is an interdisciplinary artist primarily concerned with how the poetic space of architecture and the built space of language manage definitions of sexuality and queerness.

He received his MFA from Rutgers University in 2020 and BFA from Emily Carr University in 2010. His work has been performed and presented internationally at venues such as the Tate (Liverpool), KW Institute for Contemporary Art, Ashley, Babes Bar, Eclair (Berlin), Tunnel Tunnel (Lausanne), San Serriffe (Amsterdam) Contemporary Art Centre (Vilnius), Franz Kaka, Art Metropole (Toronto), Or Gallery (Vancouver) as well as part of ‘Poetry as Practice’ an online exhibition hosted by Rhizome and the New Museum (New York). In 2017 he published a collection of poetry titled Love Poems for Ceres with Broken Dimanche Press, Berlin.

“The home button, dark mode, and the detached abode all produce points of origin from which to loop around the cul-de-sac and start again whence we became. A cyclical process of endless fulfillment from here to there and back again maintaining a spinning rotation caught en route to pavestone for sidewalks that frame the residencies of origin. But what happens when such frameworks, upon our return, are found caught ablaze? How do we build a home in a house on fire? Rather than scramble to extinguish the blaze, let the house burn. Be it lit by flames ignited by faggots. We will build our new home within its charred remains of a scorched skeleton, not reconstructed from the post and beams, but started anew, on levelled ground. Let flaming become a state of being, a tool to reject the stoic solitudes of space as rigid, clean and permanent. Misuse and disuse form the buttresses for productive forms of engagement. Decay is queer.

“The impulse to redefine the concept of home, and the sanctuary it provides, has come into sharp focus in recent months. These configurations take on a new form of saliency as the majority of the global population are told to “stay in.” Under such novel circumstances, how do we establish sanctuary when living situations, especially in the wake of rampant unbridled gentrification and institutionalized racism, have become so precarious? If built space contributes to the boundaries of the self and the other, what happens when that space is awarded a subject position? How is functionality articulated when architecture is left to speak for itself, of itself, and to what end is the use-value intended or articulated? By considering how these subjects dictate definitions of functionality, safety and forms of moral code, my work attempts to scrutinize systems of power by extruding a critical poetics into material form.”