Minute by minute: What happened during Istanbul Pride?

We share what has happened during the Istanbul LGBTI+ Pride March minute by minute: 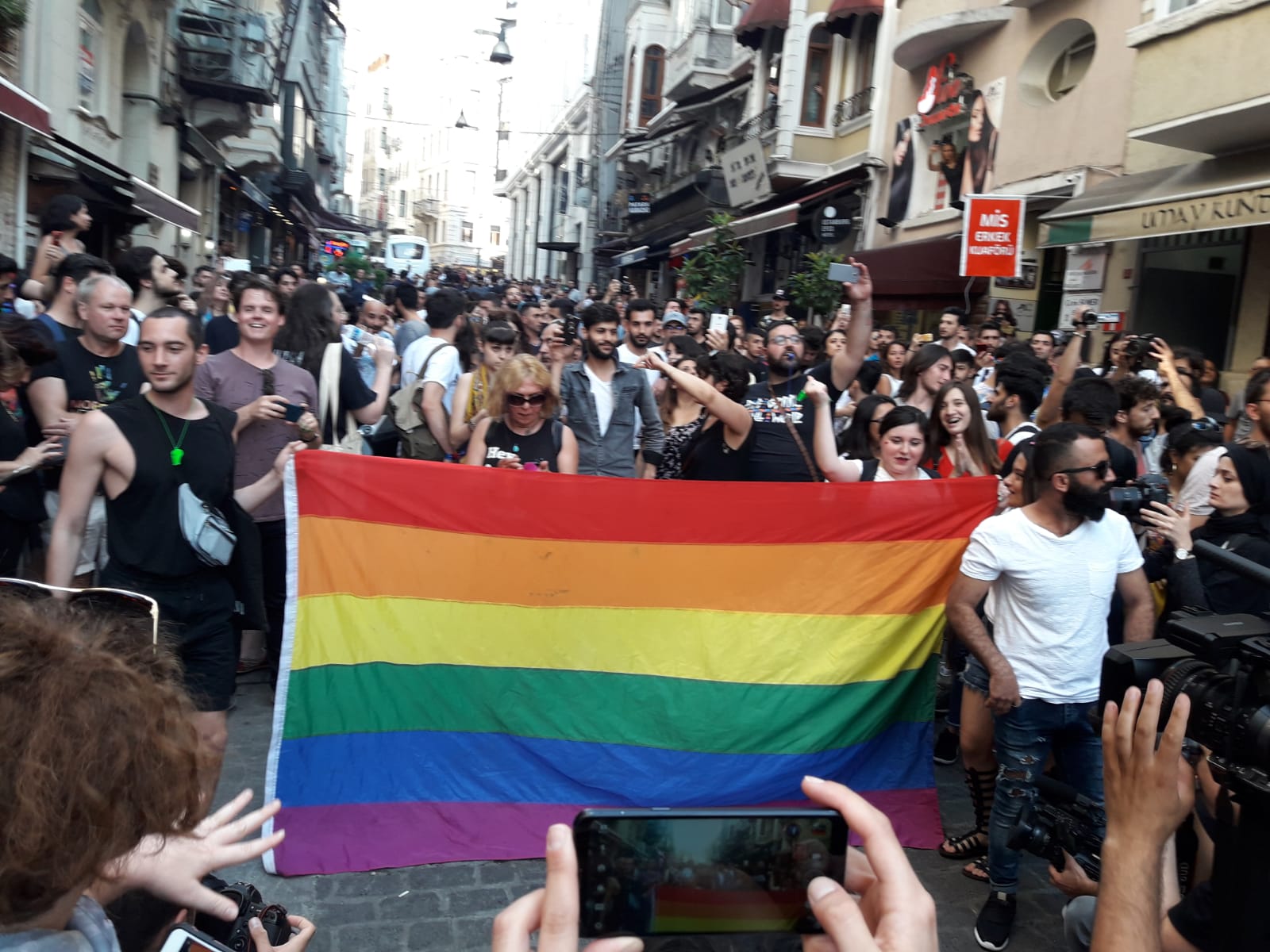 We share what has happened during the Istanbul LGBTI+ Pride March minute by minute:

Istanbul Governorship banned the Pride March fourth time in a row. In spite of the ban, Pride Committee called everyone to march in Taksim 1st of July at 18.00: “Just as it has been for 26 years, this year we will announce to press and public that we will carry out our Pride March with the same perseverance and we would like to remind you again that each LGBTI+ is a Pride March themselves.”

Before the March, Istanbul Police Station announced the roads to be closed down.

We share what has happened during the March minute by minute:

15.30: Istanbul LGBTI+ Pride Week Committee released their press statement before the March to be begin at 18.00 in Taksim. Committee urged everyone to read the statement in every street of Taksim until 18.00.

15.50: Pride Committee announced that police forces closed the beginning of Istiklal Avenue and started to close the other streets linked to the Avenue.

16.00: Police forces started to take LGBTIs out from the Istiklal Avenue forcefully. Gizem Derin from Mersim Muamma LGBTI+ Association told what has happened to KaosGL.org:

“We were 5 people. Police said one of our transwoman friend that if we will not go away, they know how to kick us out and they will beat us. Then they forcefully kick us out from the street. They threatened us with the custody and they insulted us.

17.35: Pride Committee told that police attacked a group with plastic bullets in Tarlabaşı.

17.38: The Committee announced that at 18.00 everyone will gather in Mis Street and they will read their statement.

17.40: In Mis Street which is one of the linked ways to Taksim, LGBTIs shouted slogans: “Love! Freedom! No Hatred!”

18.10: LGBTI+ Pride March press release was read in Mis Street: “We do not keep silent, we are not afraid, we do not obey!”

18.20: After the statement, the March continued in side streets.

18.40: Police forces started to attack people marching in side streets with plastic bullets and tear gas.

19.00: After the police attack, another LGBTI group read the statement in Odakule.

19.38: Police attacked people waiting in Mis Street again. They took many people into custody. Then they closed down the street completely.

20.10: Another LGBTI+ group gathered to read the statement near Cihangir. Then police attacked them with police dogs. They took some people into custody here as well.

20.30: During the Pride March, 11 people in total were taken into custody.

01.30: All the participants who were arrested were released.