Abortion is illegal in Morocco, and the Health Ministry said that it had not authorized the vessel’s visit or any procedures by nonresident doctors. 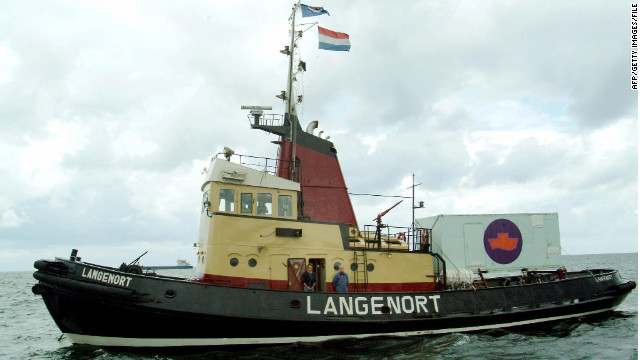 A ship filled with activists who say they are there to help women receive abortions was escorted out of the Moroccan port of Smir after the government initially blocked the harbor and prevented residents from accessing the vessel.
Abortion is illegal in Morocco, and the country’s Health Ministry said in a statement that it had not authorized the vessel’s visit or any procedures by nonresident doctors.
The "abortion ship" is run by Women on Waves, which was founded in 1999 by a Dutch doctor to provide abortions to women in countries where the practice is illegal.
The Women on Waves ship takes women into international waters to perform the abortions, which are legal under Dutch law, until 6.5 weeks into the pregnancy.
But authorities in the predominantly Muslim country seemed to effectively block the activists efforts on Thursday.
"The ship was searched, and the captains were informed that they had to leave the harbor," Women on Waves said in a statement. "When asked the reason why, they were informed that although no laws were broken, the ship had to leave Smir."
The ship was then "escorted from the harbor by the navy," though the crew plans to "stay near Morocco" and "strategize their next move."
"I will not be practicing as a gynecologist in Morocco," said Gunilla Kleiverda, a Women on Waves gynecologist aboard the vessel.  "We are not going to perform any abortions within Morocco. We are sailing out with women to international waters where in the international sea the Dutch law applies," she said.
A female member of the group told CNN that she and a number of other demonstrators had been in front of the marina in Smir. She said there was a big, aggressive protest taking place and police were present.
She said police said she was "not authorized" to be there.
"I am not going to be intimidated by them," she told CNN before the phone line dropped.
Women on Waves also advocates the use of a drug called misoprostol, which it says is available legally in Morocco, to perform abortions up to 12 weeks after conception. The group says it is establishing a phone hotline in Morocco for women to get information on how to perform the abortions at home.
Kleiverda said Moroccan women need access to safe abortions. About 90 women die from illegal abortions in the country every year, she said.
The ship has previously taken the campaign to Ireland, Poland, Portugal and Spain, but this is its first attempt to offer abortions for women in an Islamic country.
Women on Waves said on its website that it is looking into alternatives to get the ship into port in Morocco after the Smir harbor was blocked.