Pembe Hayat’s appeal to Ombudsman for banning of screening of “Queer Shorts”, is overturned. 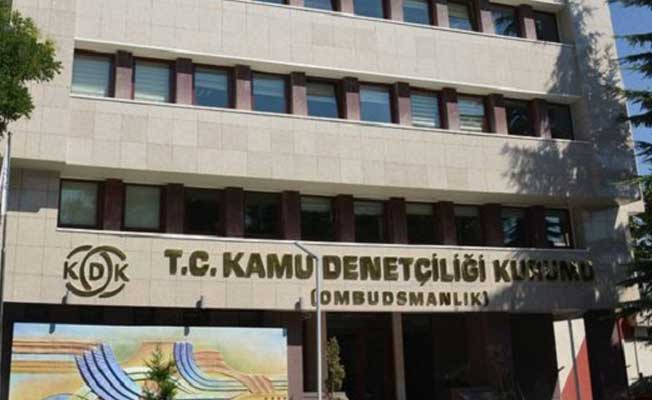 Pembe Hayat’s appeal to Ombudsman for Beyoglu Prefecture’s banning of previously postponed screening of “Queer Shorts”, to have taken place on 12 January 2018 in cooperation with Pera Museum and British Council, is overturned on the grounds that it cannot be examined by the Ombudsman.

Pembe Hayat Queer Fest’s screening of Queer Shorts in cooperation with Pera Museum and British Council to have taken place firstly on 25 November 2017 was postponed due to a notification delivered to Pera Museum by Beyoglu Prefecture. Another notification of banning was delivered on 29 December 2017 to Pera Museum fort he postponed event to 12 January 2018. The reason of banning was “to provide public peace by preventing any risks to personal safety, public security and peace.”

Following the ban from Beyoglu Prefecture, Pembe Hayat LGBTT Solidarity Association’s Attorney Emrah Sahin appealed to the Ombudsman on 4 January 2018 on the grounds of un-lawful banning of “Queer Shorts” screenings, and the notification of the ban was delivered on the last moment which caused the violation of freedom of expression by stripping off the right to access legal procedures for appeal, and it was violating the principle of good governance.

“The purpose is to keep public order and prevent criminal activities”

Beyoglu Prefecture, in their defense to the Ombudsman, stated that the “Queer Shorts” event may have been targeted by terrorist groups and this may have caused an irreversible internal war. The Prefecture stated that their purpose was not to oppress LGBTI+ people or strip them off their rights and freedoms, but it was a decision taken to keep public order and prevent criminal activities.

The Prefecture who did not state their cause of banning the last moment asked the Ombudsman to reject appeal request.

The Ombudsman decided not to examine the appeal request

The Ombudsman, following the defense by the Beyoglu Prefecture, rejected the appeal request on the grounds that the case did not fit in the “duties and responsibilities” of the Ombudsman.

“It is a sloppy and careless decision”

Pembe Hayat’s Attorney Emrah Sahin commented that this decision by the Ombudsman is sloppy and careless and it contradicts to the Ombudsman’s previous  statement on the case fitting into the jurisdiction but later saying that it doesn’t fit in their duty and responsibility. Both Beyoglu Prefecture, in their defense, and the Ombudsman related the movie screening event to the Istanbul Governor’s ban on “Pride Parade” on the grounds of possible threats and attacks by terrorist groups which would cause irreversible social tensions and damages. The Ombudsman did not even take into consideration of evaluating the case on the principle of good governance. Att. Sahin also commented that “as a lawyer, this decision has shaken my trust to the institution of the Ombudsman.”