Eight LGBTI+ activists were on trial because they joined the 2021 İstanbul Pride March. All activists have been acquitted at their final hearing. 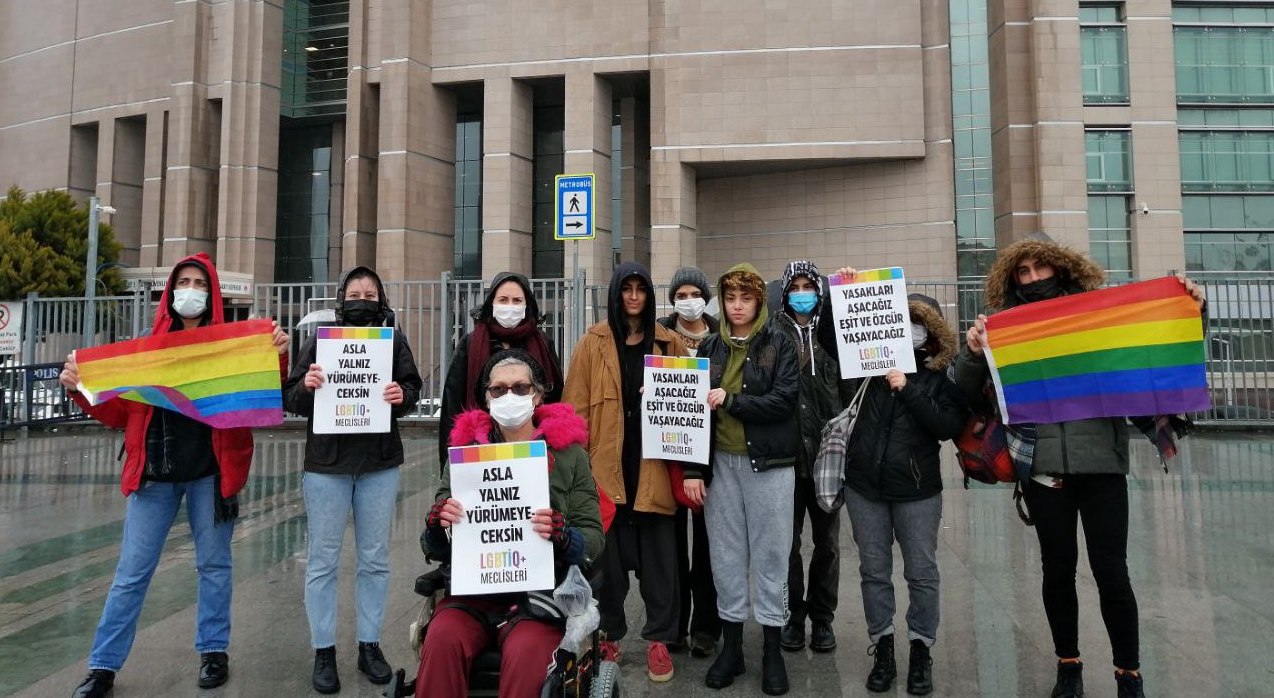 The trial of eight activists for joining the İstanbul LGBTI+ Pride March on June 26, 2021 continued at 8th of February.

Charged with "violating the Law no. 2911 on Meetings and Demonstrations", the LGBTI+ rights advocates from the LGBTIQ+ Assemblies have been acquitted of the offense charged as the İstanbul 16th Criminal Court of First Instance handed down its ruling at the final hearing.

Before the pronouncement of the ruling, the prosecutor's office shared its final opinion as to the accusations.

Referring to the Universal Declaration of Human Rights and the European Convention on Human Rights, the prosecutor's office underlined that the marches that do not disturb the public order and do not involve violence shall not be penalized even when the administration is not informed about them beforehand. The office demanded acquittal.

After this opinion was pronounced, the court board has ruled that the eight LGBTI+ rights advocates shall be acquitted of the offense charged as the elements of the offense were not constituted.

In the indictment against the eight activists from the LGBTIQ+ Assemblies, the banner of "You will never walk alone - LGBTIQ Assemblies" and the slogan of "Don't hush but shout, homosexuals exist" were cited as criminal evidence. As the justification for the charge, the indictment referred to the ban on demonstrations issued by the Beyoğlu Sub-Governor's Office.