Council of Europe Commissioner for Human Rights, Thomas Hammarberg, criticized that lengthy trial procedures and periods of detention bestowed a privilege on police officers against the defendants of these trials. 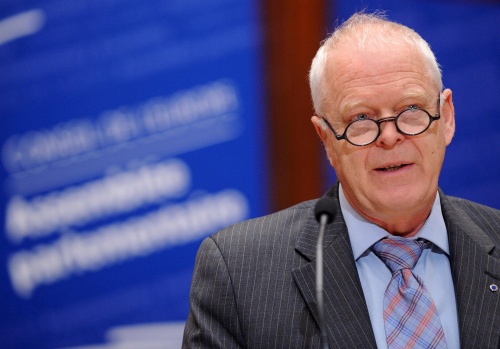 Thomas Hammarberg, Council of Europe Commissioner for Human Rights, made a critical statement about the Turkish judiciary system after his five-day visit to the country on 14 October.
According to his evaluation published on the internet site of the Council of Europe, Hammarberg stated, ""There are some long-standing, systemic dysfunctions in the Turkish justice system adversely affecting the enjoyment of human rights and fundamental freedoms.".
However, at the same the commissioner implied "his trust in the goodwill and determination of the authorities". Hammarberg encouraged "the government to step up its efforts and give effect to the judicial reform strategy it launched in 2009 in order to redress the structural shortcomings and fully align justice in Turkey with the Council of Europe standards and the Court’s case-law".
Additionally, Hammarberg drew attention to "excessively lengthy judicial proceedings". Referring to his visit at the Diyarbakır D Type Prison he commented, "The prison authorities informed me that out of the 740 inmates more than 540 were detained on remand. The excessive length of pre-trial detention in Turkey is another chronic, serious problem that adversely affects the personal liberty of thousands of persons."
According to Hammarbert, local courts often ignore alternatives to detention such as release on bail as provided by law.
The commissioner also criticized the vagueness in Turkish legislation regarding "criminal organizations" in particular and emphasized that the quality of evidence in corresponding trials was not sufficiently considered.
Hammarberg very much appreciated the abolition of State Security Courts (DGM) and in the same context criticized the establishment of special authority courts handling offences related to organized crime and terror offences.
"Whilst I am fully aware of the serious nature of these cases, I am concerned by a number of problematic practices of these courts and prosecutors, in particular in connection with the anti-terror legislation, such as the incommunicado custody for 24 hours, the restriction of the number of defence lawyers to one, the restriction of access by defendants to the prosecution file, and censorship of correspondence between the defendants and their lawyer", Hammarberg summarized his view.
Hammarberg stressed the importance of the struggle against "impunity for serious human rights violations, especially those committed by law enforcement officials", drawing special attention to Nigerian citizen Festus Okey who died in custody in 2007.
The full report of the commissioner will be published soon.
"The European Court of Human Rights (ECHR) delivered more than 2 200 judgments against Turkey in the period 1995-2010. Almost 700 of these judgments concerned violations of the right to a fair trial, and more than 500 related to the right to personal liberty and security", it was announced in the press release.  (bianet)
Source: Council of Europe.
Click here to read the full press release.