’Discrimination should be demolished to improve the society’’

At the first session of International Conference on Gender, Diversity and Social Inclusion, politicians from Turkey and all over the World discussed discrimination in terms of gender and the role of policy in relation to fight with. 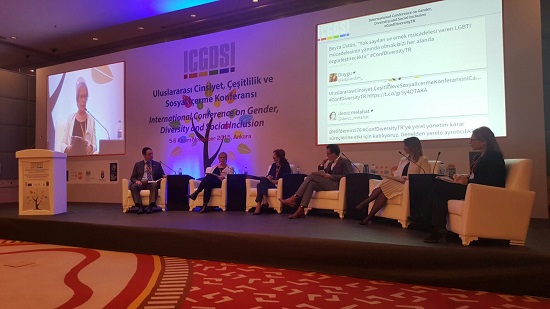 At the first session of International Conference on Gender, Diversity and Social Inclusion, politicians from Turkey and all over the World discussed discrimination in terms of gender and the role of policy in relation to fight with.

The International Conference on Gender, Diversity and Social Inclusion continues in Ankara at Rixos Hotel.

At the first leg of conference ‘’discrimination in terms of gender and the role of policy to fight’’ is discussed, under the moderation of Ayşen Candaş from Bogazici University, Department of Political Science and International Relations. In this session, Aylin Nazlıkaya as a Member of the Turkish Parliament (CHP), Jonas Gunnarsson as General Rapporteur on the Rights of LGBT People, Council of Europe, Emine Beyza Üstün as a Member of the HDP Central Executive Board and Colm Howard-Llyod as the Chairman of LGBTory, Conversative Party Group from England, took part. 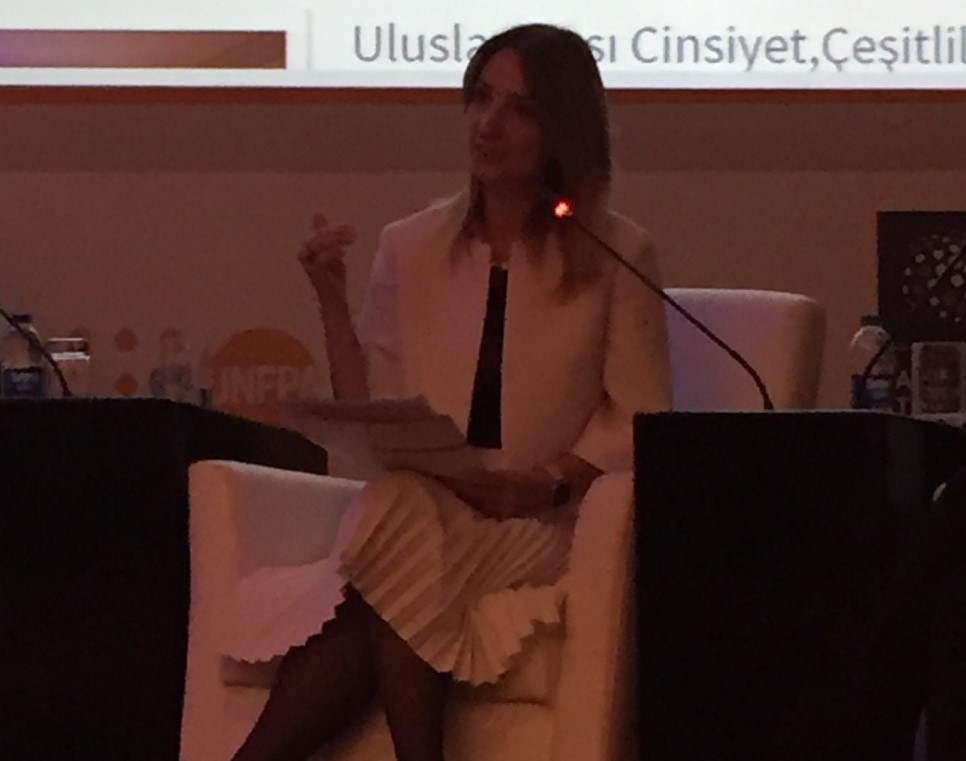 ‘’The issue in Turkey is in mentality’’

In this session, Aylin Nazlıaka who is MP of Republican People’s Party (CHP), talked about her personal and parliament works related to LGBTI people. Nazlıaka mentioned the works of CHP on LGBTI people’s rights:

‘’Countless LGBTI individuals are being exposed to different types of violence just because their gender identity and getting killed. Turkey is one of them. For example, bicolored identity cards cause transgender individuals to deal with indignity on official transactions.

‘’ We want to remove all kind of good conduct abatement for murderers and rapists. Turkey is ranked as the 9. country on transgender murders. Consequently, the issue in Turkey is not only about laws and regulations but also in mentality.

‘’The mentality of decision mechanism should be changed. As a country which creates difference from discrepancy, we have to get through on discrimination. 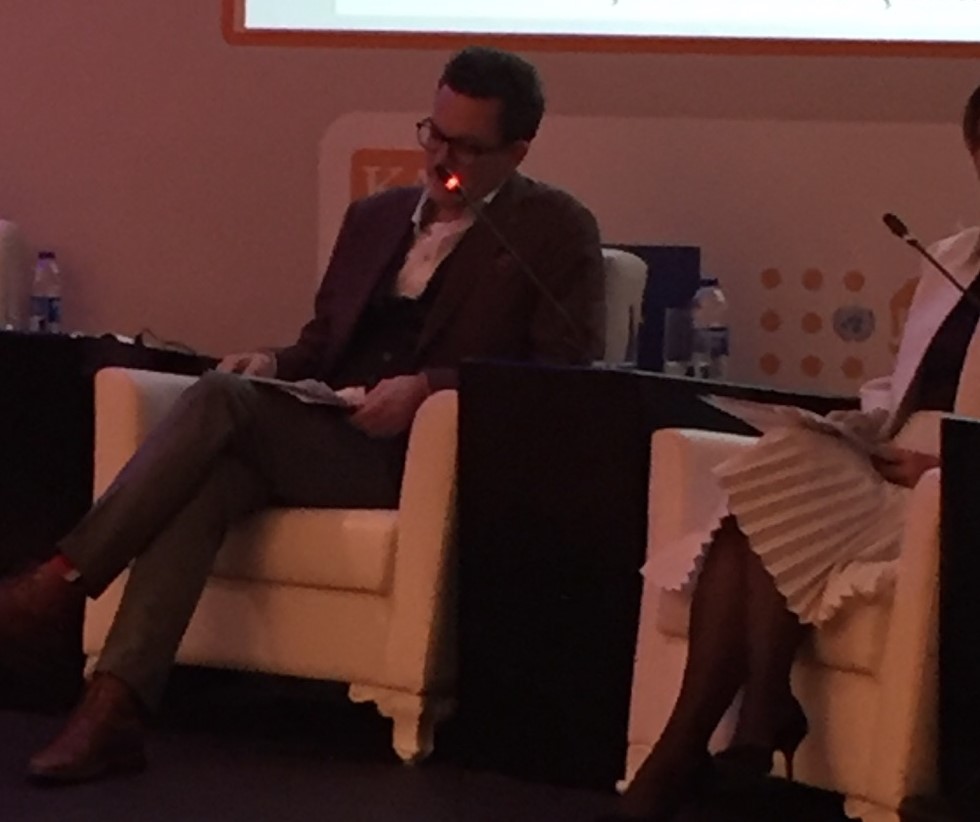 ‘’The duty of politicians is to make a embracing community’’

Jonas Gunnarsson as General Rapporteur on the Rights of LGBT People took the turn and stated that politicians’ duty is to make an embracing community:

‘’Discrimination should be demolished to improve society. Freedom of expression, freedom of assembly is fundamental freedoms of LGBTI people and attacking those is violation.

‘’There should be explicit provisions in the regulations dealing with discrimination. Family act needs to be amended and the numbers of countries which approve same-sex marriage have to reach satisfying numbers. 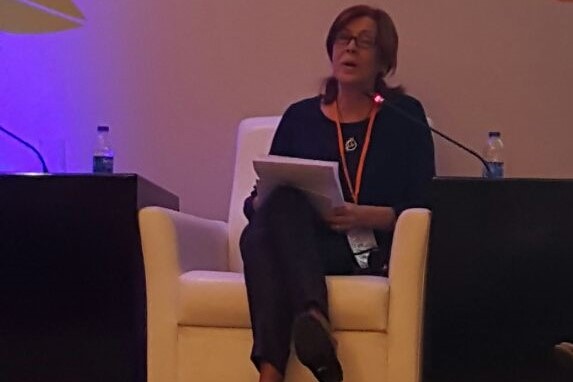 ‘’We are together with the associations fighting for freedom’’

Prof.Dr Emine Beyza Üstün as a Member of the HDP Central Executive Board, continued:

‘’Improving LGBTI people’s rights is the end of fascist regime. From 7th June to 1th November, as a result of masculine mentality, 1483 homes were invaded, 482 people were arrested for thought crime and two women were executed in their homes. 18 co-mayors were arrested. Those numbers are not only numbers, because the people included in numbers are not just one person.

‘’We are proud of being with associations fighting for freedom. We are going to fight against a constitution which doesn’t reflect the people’s will.’’ 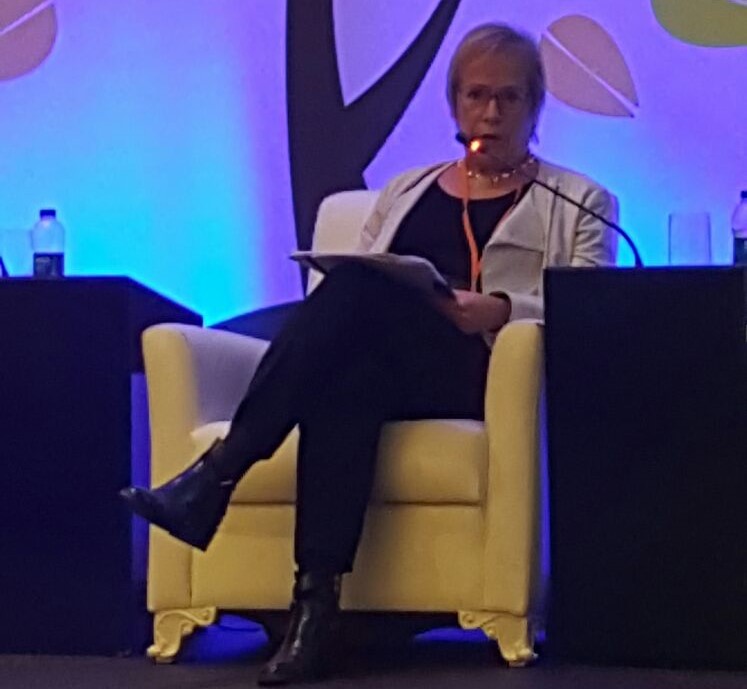 ‘’Love and sympathy shouldn’t be regarded as a crime’’

Ingıbjorg Solrun Gisladdor as Regional Director for Europe and Central Asia, United Nations Women, talked about her own political experiences. Gisladdor stated that parliament is a defense field:

‘’If we are going to approach to discrimination, inequality and human right violation issues,  we have to do it at an international level since we require all kind of statements. Civil Society should lead politicians and force them to explain; should give ideas, not only criticize.’’

Gisladdor finished her speech with the sentence of ‘’Love and sympathy shouldn’t be regarded as a crime.’’ 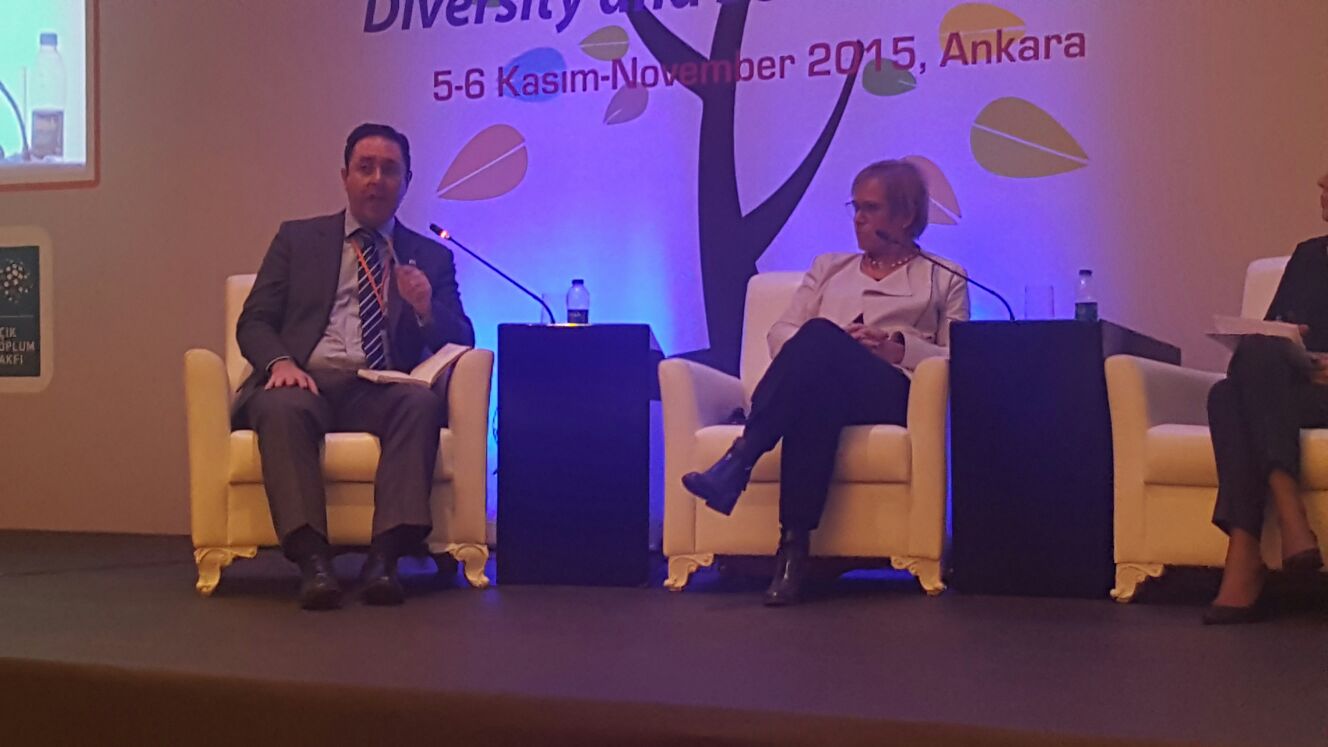 ‘’LGBTI representation in parliament must be increased’’

At the final session, Colm Howard-Lloyd as the Chairman of LGBTory, Conservative Party LGBT Group, had speech. Lloyd’s speech caught the audience attention in terms of conservative party lines. Lloyd mentioned the importance of representation of LGBTI in parliament and stated the rising existence of LGBTI people in English Parliament.

‘’Campaigns should be started as to pull more LGBTI people to politics. Our party is center-right, even though we had some bad history twenty years ago, now we have covered a great distance in last few years. No matter what party you support, the party you support will get better once you support LGBTI people.’’ He said.

Conference will be continued on the afternoon with the session of Supporting LGBTI Rights with Social Diversity. In this session, Dilek Kolat as the Senator for Employment, Integration and Women, Berlin, Yasemin Kotan as the Deputy Mayor for Şişli Municipality, Istanbul, Hasan Bermek from Office of the Commissioner for Human Rights, Council of Europe, Paul Lappalainen as Senior Expert, Swedish Equality Ombudsman, will be involved in.