Ruling party MP considers homosexuality ‘one of the biggest threats’

Turkey’s ruling Justice and Development Party (AKP) MP Ayse Dogan made a homophobic statement during a meeting of the Turkish Parliament’s Committee on Equality of Opportunity for Women and Men meeting. 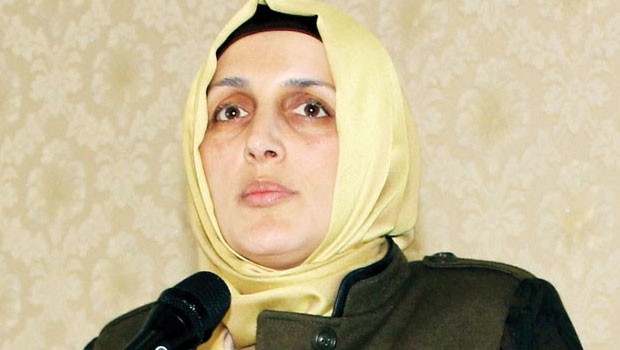 Turkey’s ruling Justice and Development Party (AKP) MP Ayse Dogan made a homophobic statement during a meeting of the Turkish Parliament’s Committee on Equality of Opportunity for Women and Men meeting.

AKP MP Ayse Dogan objected to a suggestion by an opposition MP for the inclusion of LGBT people during a committee meeting on Tuesday, saying “There is no use of bringing up private genders and lives of different groups in their bedrooms. Everyone knows that these are one of the biggest threats to be posed against our society.”

The Committee on Equality of Opportunity for Women and Men discussed a draft proposing the foundation of Human Rights and Equality Agency, which is supposed to protect and improve human rights, ensure equal treatment and eliminate discrimination in exercising legal rights and freedoms.

According to daily Hurriyet, main opposition Republican People’s Party (CHP) MP Candan Yuceer pointed at the fact that lesbian, gay, bisexual and trans people face discrimination and killings. She added that ignoring them and interpreting the recommendations in international conventions arbitrarily means neglecting those who actually suffer from discrimination.

Pro-Kurdish Peoples’ Democratic Party MP Filiz Kerestecioglu emphasized that protection on the grounds of sexual orientation and gender identity should be added to the draft because “no one disappears just because you ignore them”.

AKP swings between pinkwashing and teargassing

Ruling party MP claimed that “sexual tendencies that are unnatural and against our traditions” should not be the focus of the committee.

The AKP government, which has been ruling Turkey since 2002, insistently ignored all calls and parliamentary questions for legal protection based on sexual orientation and gender identity.

Although the party even portrayed the growing LGBTI activism in Turkey as a proof for the government’s tolerance and guarantee for “all sorts of lifestyles”, last year’s Istanbul Pride Parade was attacked by water cannons and tear gas by the police.