We asked Esmeray about theater, quarantine, and plans for the future on March 27, World Theater Day. 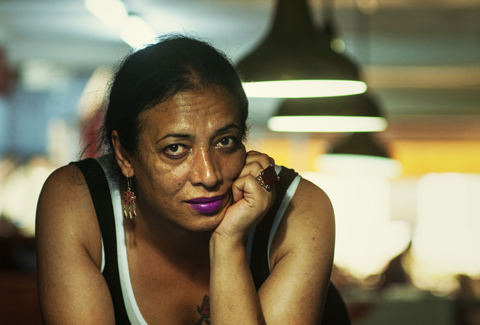 We have spoken with Esmeray, the writer and actress of the plays “Witch’s Bundle” and “Uncut Stories” on March 27, World Theater Day. We asked Esmeray about theater, quarantine, and plans for the future.

Actress Esmeray explained that her fundraising project through Fongogo for her new play in June had failed, but that it allowed another play to be written:

"Unfortunately, that project has not been successful. We were going to try again after a while, but I was exhausted in that process. I also asked the Actors’ Union for support for my play, thus our paths got crossed with Meltem Cumbul. We talked about my play and we've been working together for a new play for six or seven months."

Yes, a great actress, a great director. She is responsible for dramaturgy too. In my previous plays, I was not using my body but from now on you'll see body acting too. We worked on the stage for a month and I’ve learned a lot from Meltem Cumbul.
Can we see it as soon as the Covid-19 pandemic is over?

Hopefully. Rehearsals were going very well, and we were even going to premiere on April 17, unfortunately, the pandemic and then the quarantine came... I'm continuing to rehearse at home.

Can you give us a hint about the new play?

Until now, my plays were mostly between performance and experience transfers. When we were working with Meltem Cumbul, we said "it is time to create a work of art", and an Ülker Street themed, monologue dominant play was created.

Besides, we were studying Dario Fo's plays in a theatre study I attended years ago. I came to realize today that the coach who taught there was a total TERF. I wanted to play Medea, Medea is a solo woman play, about the drama of a mother who killed her children to punish her husband who left her for his young lover. The coach told me I couldn't play that role and when I asked her why she said "You're not a woman, you can't get pregnant, you don't have a uterus. But you can play on the rape scene because you can be raped."

Anyway, there's a Medea scene in the play we work on with Meltem Cumbul, and this is good news, and I'm going to play that role, even if years later.

Good news indeed. What do you think about the cisgenders acting for transgender roles?

Of course, I can't argue something like let the Kurds act for Kurdish roles, workers act for worker roles... But a transgender character should be acted by a transgender. Stages are limited for transgenders as it is. And what will happen if transgender roles are acted by the cisgenders too!

There would be no equality on stage, we won't have any space under these circumstances. I wouldn't want to watch.