Former IMF Chief Strauss-Kahn, accused of 2 rape cases and getting involved in a prostitution ring in 3 major cities, becomes the new economy advisor for Serbia. 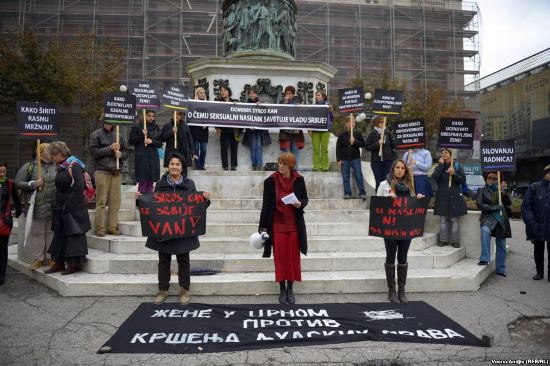 Former IMF Chief Strauss-Kahn, accused of 2 rape cases and getting involved in a prostitution ring in 3 major cities, becomes the new economy advisor for Serbia.

On 13 September 2013, Serbian Deputy Prime Minister Aleksandar Vucic announced that Strauss-Kahn would become the economic adviser to the Serbian government. Straus-Kahn has been hosted in Belgrade many times since the announcement.
To protest this decision of the Serbian government, members of feminist group Women in Black have gathered on October 2 in Belgrade in front of Republic Palace.
Lepa Mladjenovic, lesbian feminist anti-war activist, who was also the main speaker of Kaos GL’s 2nd International Feminist Forum in Ankara, commented on the invitation Strauss-Kahn has received:
“This guy committed many sexual violence and harassment cases. You can imagine how many unreported violence must be in the meantime. The feminists from Women in Black have made a protest against this decision.”
Feminists had stickers in their palms that said “Strauss-Kahn, our of Serbia!” and “Not in our name – Not with our money!”. 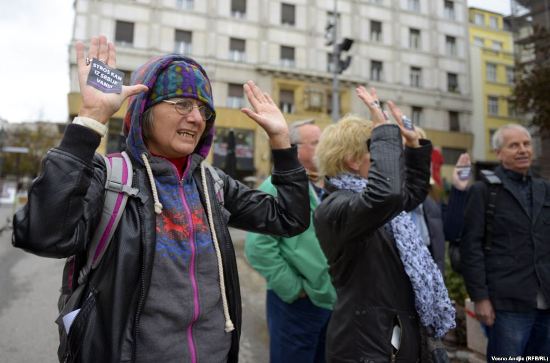 On 14 May 2011, N. Diallo stated that Strauss-Kahn had raped her at the Sofitel New York Hotel. After completing an investigation, prosecutors filed a motion to drop all charges, stating that they were not convinced due to serious issues in the complainant’s “credibility and inconclusive physical evidence”. In September, Strauss-Kahn admitted that his liaison with Diallo was a “moral fault” and described it as "inappropriate" but that it did not involve violence or aggression. He then reached a settlement with Diallo for an undisclosed amount over the civil suit.
Following the New York arrest, other allegations were made against him. The journalist Tristane Banon came forward with a claim that Strauss-Kahn had attempted to rape her.
In March 2012, Strauss-Kahn came under investigation in France over his alleged involvement in prostitution rings in Lille, Paris and Washington. On 26 July 2013, French prosecutors announced that Strauss-Kahn was going to face trial concerning allegations of "aggravated pimping" at the Carlton hotel in Lille.