Summary of 2021 for LGBTI+s: At least 8 hate murders, ever increasing torture, no freedom of expression!

According to the report published by Kaos GL, LGBTI+’s freedom of expression was denied to the highest degree, at least 8 hate murders were reported, torture against LGBTI+ activists gradually increased 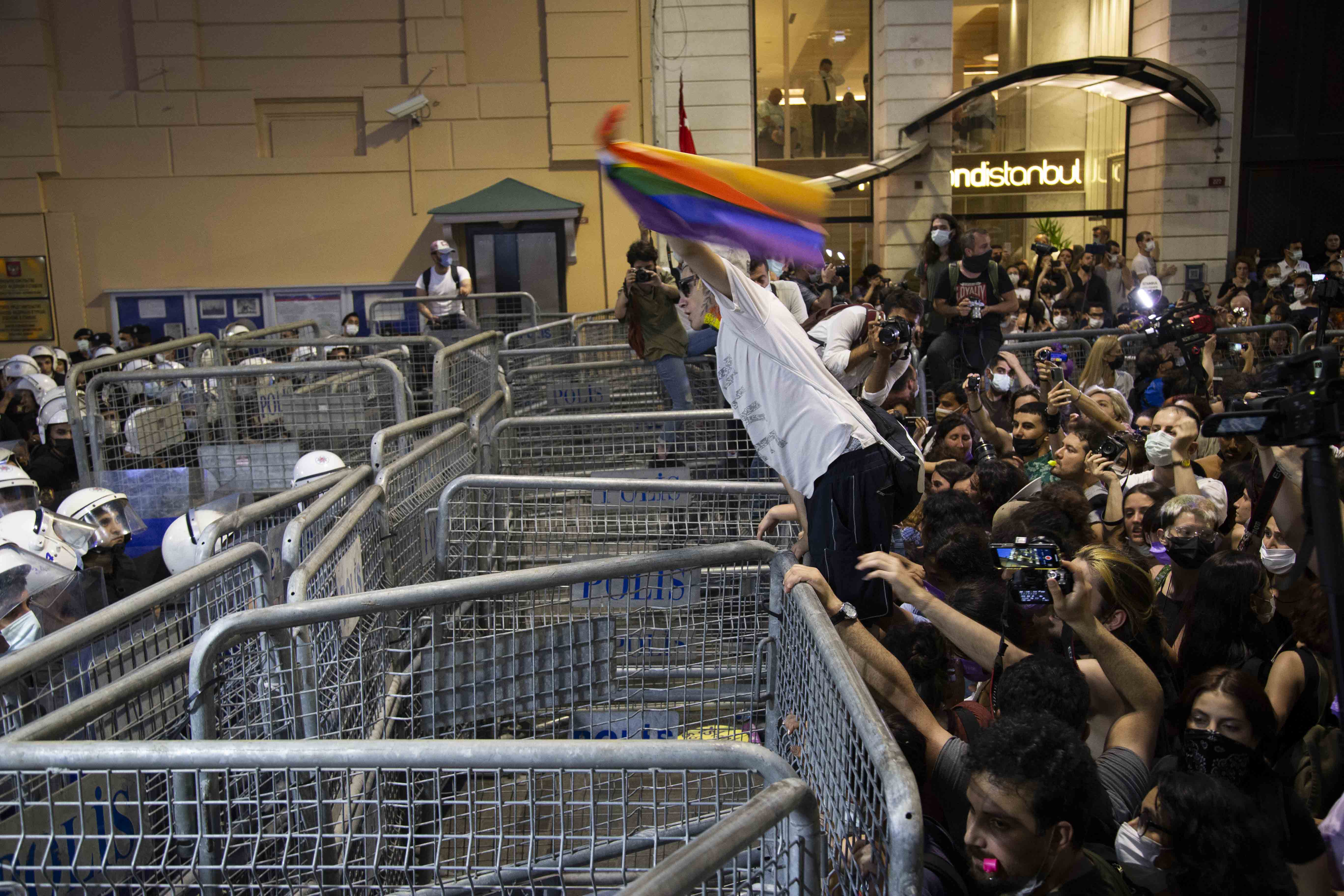 Kaos GL Association has just published LGBTI+ Human Rights Report of 2021. The reported which was published with the headline “Against All Odds”, is a part of human rights monitoring studies carried out by the association since 2007.

The report, which is prepared through the violations that were reflected in the press and the applications received by Kaos GL Association and other non-governmental organizations, reveals the situation of LGBTI+ rights in 2021.

The report was declared to the public with an online meeting today (February 23). Lawyer Kerem Dikmen, writer of the report, and Defne Güzel, Human Rights Monitoring Expert, evaluated the year 2021 and the findings of the report.

Summary of 2021: Violation in all categories!

According to the report:

*2021 was a year in which LGBTI+s’ freedom of expression was violated to the highest degree. It comprised almost 30 percent of all types of violations.

*Kaos GL reported 8 hate murders in 2021. However, it is thought that this number is a lot more and most of them were not reflected in the press.

*The police violated the prohibition of torture and ill-treatment, especially during or after meetings and demonstrations, many times in 2021. This prohibition was violated in at least seven incidents taken place in Aydın, Çanakkale, Ankara, İstanbul and İzmir, against at least 12 people. Police headquarters or Ministry of Interior did not provide information if judicial or administrative investigations brought against the police who violated the prohibition of torture and ill-treatment.

*Ill-treatment which has become widespread during the support acts for Boğaziçi University, turned into torture against LGBTI+ activists.

*Harsh state interventions related to the right to congregate and demonstration brought too much violations against the right to freedom and security over. Hundreds of LGBTI+s were debarred from their right to freedom and security and they were taken into custody by using violence considering all activities like Boğaziçi actions, women marches on March 8, protests against İstanbul Convention, pride marches.

*While the curfews imposed on the grounds of the epidemic, imprisoned LGBTI+s to their homes, public institutions and followers of the parties of coalition government went on coming together at collective activities.

*It was admitted that LGBTI+s, who were participated in dormitory protests were blacklisted by Interior Minister, himself.

*Musicians were exposed to stage bans on the grounds of being LGBTI+, in Konya, Diyarbakır, Gaziantep, and Bursa.

*A good part of LGBTI+ right organizations, which were established before 2020, were audited without any justification and some of them had to pay administrative fines.

The perpetrator is the state!

In result section of the report, this grand scheme is evaluated as follows:

“The failure of the state, with all persons and institutions, to provide an access to any right for LGBTI+s by turning them into a target; its’ efforts in order to wipe the present opportunities out and apart from these the actions and speech targeting LGBTI+s existence directly, are the most important signs of mentioned decline.”

“Despite this all-out attack, it is seen that LGBTI+s, as a part of public opposition, are the most dynamic group in the field of human rights and they are insistent to exercise their rights, especially freedom of expression, without acceding to pressure.”

The report, which was acquired by transferring news, that came to Kaos GL’s attention during monitoring activity or took place in the daily bulletins of news agencies followed, to database constituted just for reporting, is the most comprehensive study in the field of LGBTI+s human rights in Turkey.

Monitoring and reporting LGBTI+s’ human rights since 2007 Kaos GL, enrich the report thanks to consultancy service provided by it, or the information gained from relations with non-governmental organizations, personal and professional relationships, besides the data reflected in the press. One of the main sources of the report is KaosGL.org online newspaper that performs rights-based journalism.

Kaos GL LGBTI+ Human Rights Report is acquired by transferring information obtained as a result of the research to a database developed on the grounds of HURIDOCS (Human Rights Information and Documentation Systems) created in 1982.

In addition quotations from the interviews made with beneficiaries take place in the 2021 report. Lawyer Kerem Dikmen wrote the report which was published with the headline “Against All Odds”. And the data entry was made by Defne Güzel. The cover design of the report and the photographs belong to Ateş Alpar.