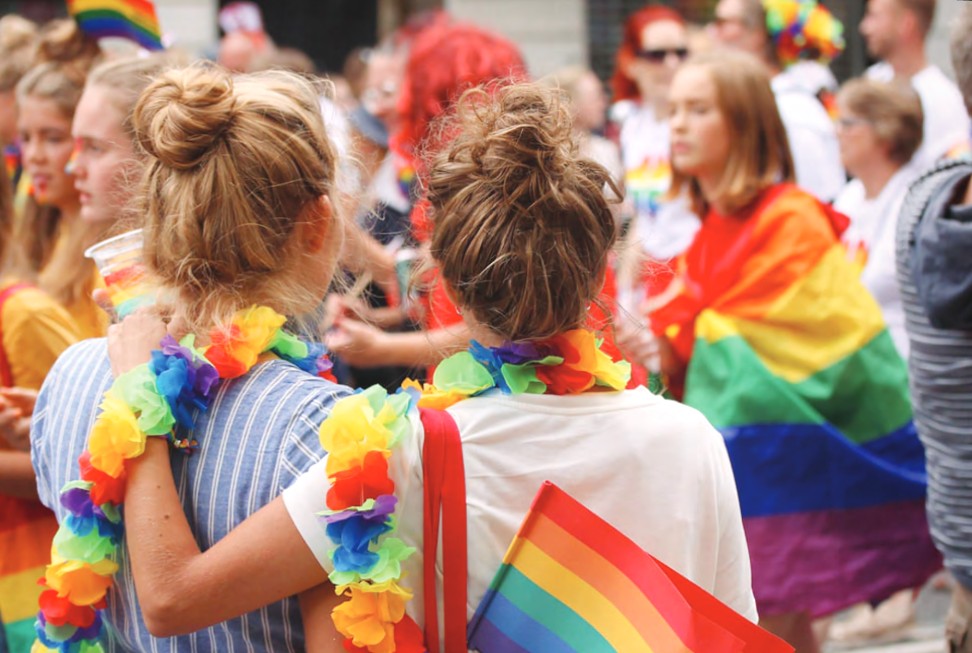 I am old enough to have experienced a very different Sweden. When I grew up in the late fifties and early sixties mothers were supposed to stay at home and fathers to be at work. Only around 30 percent of women had entered the labor market. I remember feeling that my mother, a teacher, was an exception in that regard.

Today that figure is roughly 81 percent. In Turkey I believe the comparable figure is around 39 percent.

When I grew up, LGBTQI-persons were barely visible in society, and I remember the intensive political debate when a civil partnership-legislation was adopted in 1994. Today same sex marriages are legal since several years, and it often happens that party leaders and even Prime Ministers participate in the yearly Pride-festival.

And today we have a Government with a feminist foreign policy, initiated in 2014 and now followed by several others. It wouldn’t have happened 50 years ago.

systematize our work so that any new issue is analyzed with a focus on rights, resources and representation – and taking a fourth r, the reality, as a point of departure.

A report from World Economic Forum recently told us that we have 135 years left to gender equality. The global realities are disturbing, often appalling:

-        35 percent of women have experienced gender based violence.

-        In some countries 40% of girls are married before they turn 18. I have been sitting in another country talking to girls whose primary concern was exactly this, to have to get married before 18. I will never forget that experience – nor them.

-        Only one in four parliamentarians in the world is a woman.

-        In peace processes women are almost absent around the negotiation tables.

-        Women bear three quarters of the burden of unpaid care and domestic work globally, and the pandemic is making it worse.

Hence, we have rights-based arguments for gender equality. Those should also be acknowledged in the case of LGBTQI-persons, painfully often victims of harassment and discrimination all over the world.

And we have the simple fact that gender equality, as the World Bank has formulated it, is smart economics. The potential for economic growth through women’s economic empowerment and particularly through their entry into the labor market is enormous.

All this is recognized in the European Union where Sweden is a dedicated and committed member since 1995.

So, how can we make change happen?

Certainly many challenges remain in Sweden, but I believe three factors were important for the progress made during my lifetime:

-        The demand for an increased labor force. Taxes were reformed to provide the right incentives.

Yes, the political will matters. And national reforms have been reinforced by universal  norms and international conventions like the Istanbul Convention against gender based violence. Sweden is a strong supporter of the multilateral system for protection of human rights through i.a. the UN and the Council of Europe. And women’s rights and the rights of LGBTQI-persons are certainly human rights. The Istanbul conventions is the international gold standard for the fight against gender based violence, so I really hope that Turkey ultimately will stay in the convention in spite of the recent decision to withdraw.

So, what more should be done?  A lot in all areas. Here three examples:

-        Gender equality should move to the center of political decision making. It is not a “women’s issue” that could be dealt with when the big decisions already have been taken. On the contrary, it should be the focus of the big decisions at the highest levels. As an illustration, women, peace and security is a key priority for the ongoing Swedish Chairpersonship in the Organization for Security and Cooperation in Europe (OSCE).

-        Women should be present on the labor market in all countries on the same conditions as men. To secure their economic independence and for the economic growth it generates.

-        We, men of all ages need to take a stand, speak out, engage – and act. For child care. For paternal leave. For sharing the unpaid domestic work. For the rights of LGBTQI-people. Against violence and discrimination.

We should simply try to be role models and fight the gender stereotypes that limit the freedom of us all, men as well as women.