The Governorate of İstanbul banned the Pride March, LGBTI+s will be at Taksim despite the ban 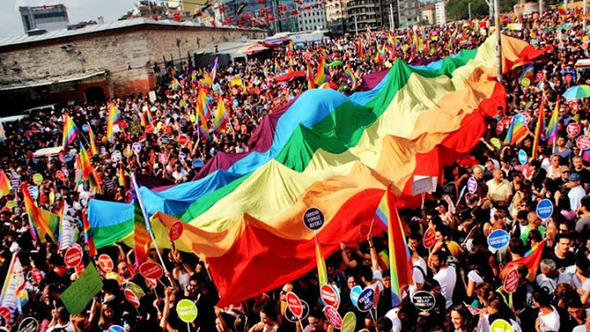 The application of Pride Week Committee for the 19th İstanbul LGBTI+ Pride Parade to be held at the Maltepe Rally Area was finalized. The Governorate of İstanbul denied the request once again this year, under the same pretext.

The governorate banned the Pride Parade, a celebration of rights and freedom struggle of LGBTI+'s, by saying "in order to protect the peace and security of the people including those attending the meeting, the protection of the safety, general health and general morality, the rights and freedoms of others, to prevent possible violence and terrorist incidents, to prevent provocative acts and incidents".

“The ban will not prevent queers from getting together”

"Today, our application to the Governorate of İstanbul to hold our 19th İstanbul LGBTI+ Pride March at Maltepe Rally Area on Saturday, June 26, was rejected. The reason for the ban is the same old thing.

They will not be able to prevent queers from coming together and being visible with their ban decisions, which they have re-issued with changed dates with the same sentences for years. On June 26th, we will find each other on the streets and celebrate our pride.

Stay tuned for the details of the Pride Parade!"

İstanbul LGBTI+ Pride Week Committee, called everyone to be at Taksim on 26th June, 17.00 pm fort he march.

You can follow the developments related to the 19th İstanbul LGBTI+ Pride Parade on #SokaklarBizim (The streets are ours) and #OnurHaftası (Pride Week) hashtags.