‘The Regional Network Against Homophobia’ releases its second newsletter focusing on late 2013 and early 2014. 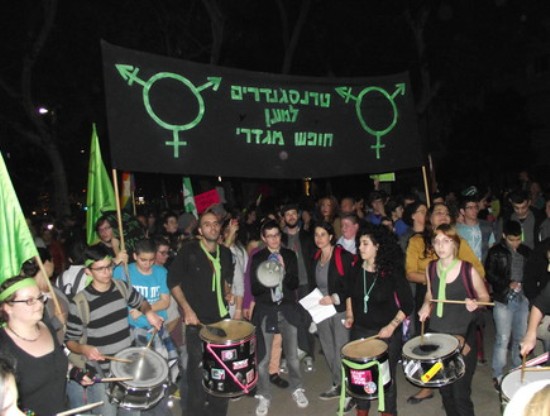 “The Regional Network Against Homophobia” releases its second newsletter focusing on late 2013 and early 2014. The newsletter aims to cover LGBT developments and struggles from countries in the Balkans, Caucasus, the Middle East and North Africa. In March 2014 Newsletter, the Network will take you to a tour of human rights violations, trainings, legal changes and demands, and solidarity.
Human Rights Violations
In Egypt, at least 14 men were arrested for “practicing homosexuality” in a Cairo sauna in October 2013. Prosecutor Mohammed Sayed Ahmed ordered that the sauna be closed and that the men be detained for at least four days after their arrests.
Israel
In Israel, a trans woman was attacked by 11 masked men from the Israeli border police, using pepper spray and electric shockers, in January 2014. While the attackers were arrested, the biggest trans demonstration was held in Jerusalem to protest this violence with about 1000 people.
Trainings
While the institutional homophobia and transphobia makes up a big problem for LGBT people, Sarajevo Open Centre in Bosnia and Herzegovina organized trainings on LGBT rights for police officers as well as pedagogues and psychologists from high schools. The Centre also worked with journalists on mainstreaming LGBT issues through art.
Kaos GL also organized trainings in 23 different cities all around Turkey since September 2013. The association visited various universities to organize LGBT events for students and it cooperated with an education trade union to give human rights trainings to high school teachers.
Legal Changes and Demands
The Grand Chamber of the European Court of Human Rights declared in November 2013 that the Greek civil union law only for heterosexual couples, violates the European Convention on Human Rights, and that Greece must change its law to comply. A new version of hate crime law published by the Justice Minister in November 2013 omits sexual orientation and gender identity from its list of protected groups.
With the CoE, the Ombudsman and the Ministry of Social Welfare and Youth it was announced that within the first 6 months of 2014 Albanian Parliament will amend the Family Code in order to allow LGBT couples to be legally recognized in a Cohabitation specific law. A draft amendment for the Family Code and also an entirely new law for gender recognition were presented during a high level conference in Tirana in December 2013.
Turkish Parliament accepted a hate crime law in March 2014, which does not include sexual orientation and gender identity. The law accepted as part of what is known as the 6th Democratization Package brings more restrictions on freedom of assembly. 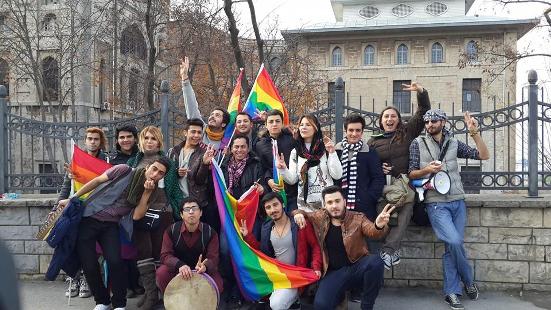 Turkey
LGBTI activists in Istanbul joined the “City Meeting” and demanded their right to the city. LGBTI candidates will also run for the local elections to be held in late March this year.
Solidarity
Macedonia had a radio campaign in October 2013 called ”Macedonia has love for all”. The campaign involved LGBTI people and their families talking about their personal experiences of hate and violence and ended with a March of tolerance with the participation of 16 human rights organizations, including LGBTI Support Center. 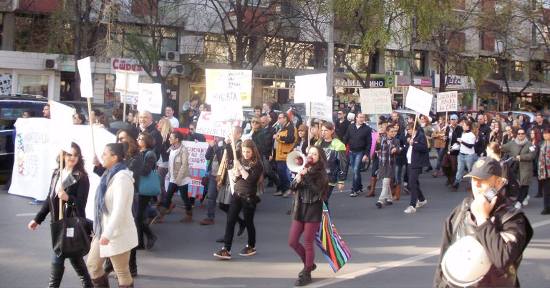 Macedonia
In Israel, The association of Israeli gay fathers was founded to meet the needs of gay man who are or who want to be fathers. Moreover, the Queeristan film festival was held for the 2nd time, screening 12 non-Western queer films. The trans remembrance day was held on November 20 with hundreds of participants, this year with a specific emphasis on trans sex workers.
In Lebanon, a small independent group called “Whispers” fundraises for Syrian gay refugees. “Whispers” gives psycho-social support to individuals and also organizes a collective Drama Therapy.
In October 2013, a number of prominent Armenians in the Diaspora issued a statement of support for LGBT human rights in Armenia following the proposal of anti-gay legislation much like the one that was passed in Russia in June 2013. On December 2 large protests were held in Yerevan coinciding with Russian president Vladimir Putin’s visit and the agreement of the Armenian government to join the Eurasian Customs Union. Activist Lala Aslikyan marched with a rainbow flag in honor of LGBT rights, but she was harassed by nationalist groups that also attacked the Diversity March of May 2012.
Kaos GL organized the 2nd Symposium Against Discrimination in December 2013 focusing on the problems of LGBTI students in Turkish education system. The association organized a panel for the first time on sexual orientation and gender identity in the 8th International Law Congress of Ankara Bar Association in January 2014.