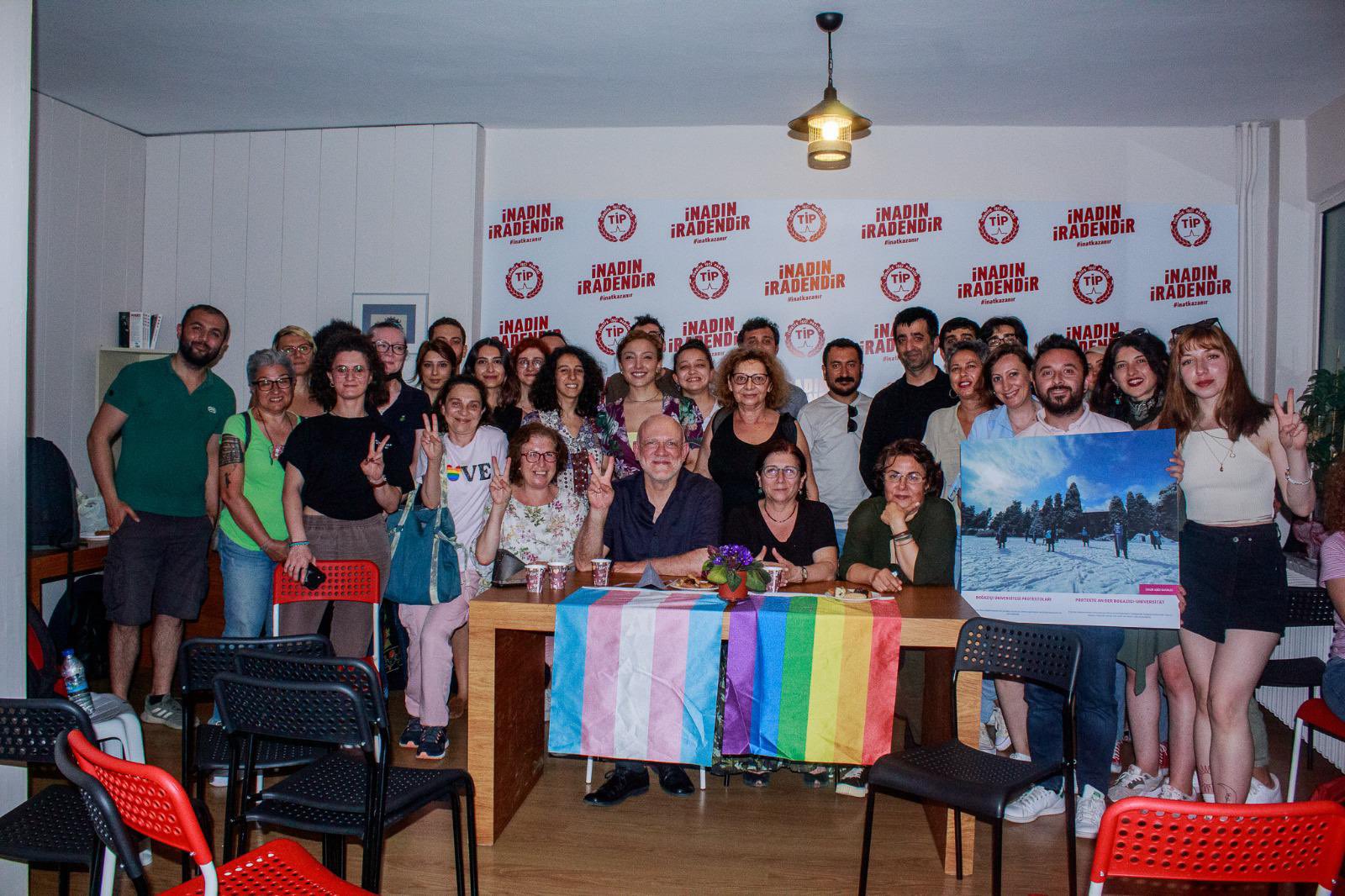 Workers’ Party of Turkey (TİP), İstanbul Provincial Organization screened the documentary called “My Child” on Friday, May 21, at the county building in Beyoğlu.

Following the screening, a conversation was conducted with Can Candan, director of the documentary, and Families and Friends of LGBTIs in Turkey (LİSTAG). The experiences and challenges of LGBTI+s were discussed within the context of the conversation.

“My Child”, which was directed by Can Candan and co-directed by Boysan Yakar was released in 2013. It is a feature-length documentary that reflects the stories of the parents to audiences by focusing on a group of mothers and fathers from LGBTI+ families in Turkey.

The documentary, which defines what being a parent and an activist at the same time means in a conservative, homophobic and transphobic society by sharing the experiences of the parents, puts audiences up five houses in İstanbul. We witness the studies conducted by LİSTAG from weekly meetings to monthly gatherings thanks to the documentary. LGBTI+ parents with similar experiences, go out of their homes and are organized in order to found a support and solidarity group, that is to say, LİSTAG. Moreover, the documentary, which narrates the background studies in the frame of visibility, recognition and equal rights by the parents, shares the preparation process for Pride March and participation in it, with the audience.