June 1, 2011&lt;br /&gt;BİA News Center &lt;br /&gt;&lt;br /&gt;Former referee Dinçdağ sued the Turkish Football Federation after he was sacked as a referee when his homosexuality was made public. Dinçdağ claims compensation for monetary and non-pecuniary damages. The next hearing will be on 20 October. 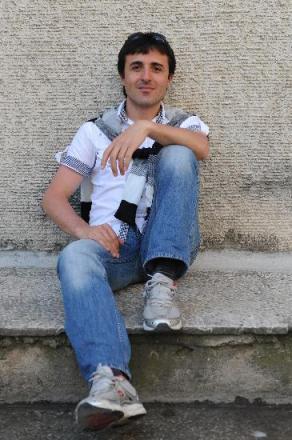 The second hearing of the case of former referee Halil İbrahim Dinçdağ against the Turkish Football Federation was held before the Sarıyer (Istanbul) 2nd Civil Court of First Instance on Tuesday (31 May). Dinçdağ filed a compensation claim for monetary and non-pecuniary damages against the federation after he had been banned from working as a referee because of his homosexuality.

As a result of the investigation carried out by the police it was registered in the case file that Dinçdağ was left in a difficult economic situation because he has been unemployed since the incident was made public. The former referee is making ends meet only with financial help from his sister. The judge postponed the trial to 20 October 2011in order to hear a number of witnesses. Plaintiff lawyer Fırat Söyle said he was expecting a decision to be reached within the coming two or three sessions.

Complainant Dinçdağ announced after the hearing, "They sacked me because I am homosexual. Am I the only homosexual in the whole football community? What is the Federation going to do with the rest of them? People who are not being tolerated in their job because they are homosexual are being doomed to either hide themselves or starve. I have been struggling under very difficult conditions for two years. I still trust the law. I believe that this trial will result in a fair decision".

Dinçdağ was supported at the hearing by representatives of several LGBT (Lesbian, Gay, Bisexual and Transgender) organizations. Yeşim Başaran read out a press release on behalf of the LGBT organizations. She said, "The Central Board of Referees did not refrain from their decision when Halil İbrahim Dinçdağ said that he had not been exempt from military service for health reasons but because he was homosexual. They violated Dinçdağ's right to private life by having his related petition leaked to the press. We will support our friend and follow up his legal struggle that will pave the way to many social and legal changes in Turkey".

Dinçdağ was not being appointed as referee any more after the Turkish Armed Forces (TSK) had issued a report regarding his exemption from military service because of homosexuality. Thereupon, the Central Board of Referees decided that Dinçdağ should not work as a referee any longer. The decision was based on a clause of the Turkish Football Federation Management stipulating that "individuals who were exempt from military service by health reasons may not work as a referee".

The Turkish Football Federation is facing charges of "violation of private life" because they allegedly informed the press about Dinçdağ's homosexuality in May 2009. Dinçdağ was not able to carry on with his profession in the course of the developments. Hence, he litigated the federation and started his legal struggle for compensation.