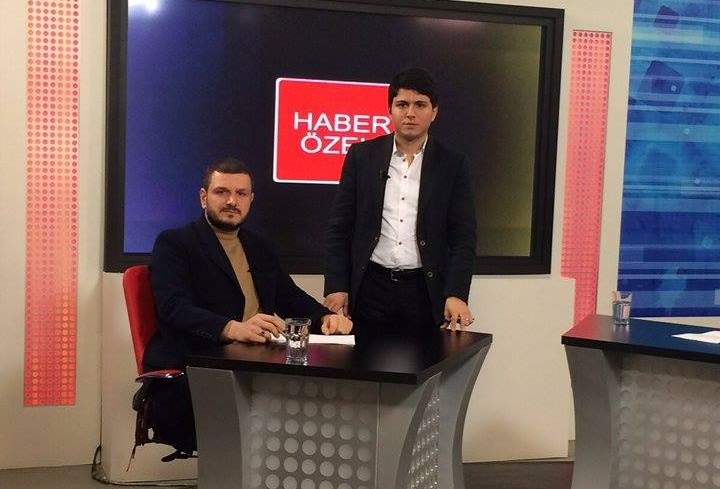 Ultranationalist and Islamist group The Alperen Hearths has threatened the Istanbul LGBTI+ Pride March. They had threatened last years march too and the trial about their hateful comments continues.

Kürşat Mican on the left

“If the state allows it, we will not. We will not allow them to walk. Wherever they march, we’ll also go. We will close down that street and they will not be able to go there. If we want, our numbers can reach 200,000.”

Mican had threatened the March last year too. There is still a trial continues about his hateful speech last year.

“They want to destroy the unity of family”

He continued his hateful comments.

“Their project is to create a structure in every neighborhood. We are warning our intelligence agencies. This is part of a project by capitalist, communist and imperialist powers. By popularizing homosexuality, they want to destroy the unity of family, stop reproduction, end relations between wives and husbands, and prevent children born in such relations from growing up to be propitious to their land and country,” he said.

“This is dynamite to the foundation of the family structure. They have especially started to work on the neighborhood level. Under no circumstances will we allow them to march. I call on the Turkish people: These structures are very dangerous. We need to prevent this immorality or it will expand very seriously” Mircan added.

Organized by volunteers and held with the solidarity of all participants, 25th Istanbul LGBTI+ Pride Week events will take place in various venues with the theme “What’s in that distance between us?” between 19-25 of June. The week will end with the Pride March on the 25th of June.

Celebrated throughout the world during June with various events and marches, the Pride month was celebrated in Izmir, Mersin, Antep and Kocaeli in Turkey. Istanbul Pride Week will begin with the joy of these events and marches held in these cities.

The march had been conducted in peace in Istanbul for several years, but in June 2015 it was prevented by police who fired tear gas and rubber bullets at thousands of people who attempted to gather. It was also banned by the Istanbul Governor’s Office in 2016, citing security concerns and public order and police arrested marchers.