Union activists to meet in Ankara: LGBT rights are not a ‘private problem’!

Check out some of the speakers’ highlights for Kaos GL’s Symposium against Discrimination to be held on December 13-14 in Ankara. 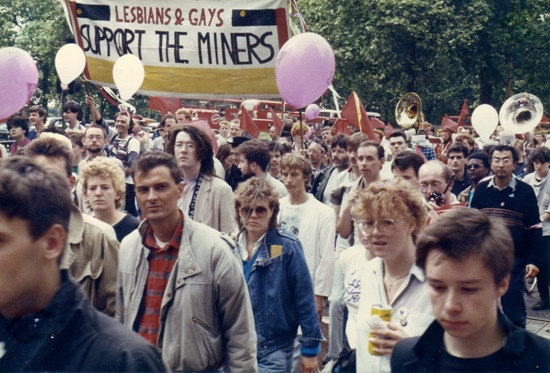 Union activists from Belgium, Germany, Italy, the Netherlands, Northern Cyprus, Switzerland, Turkey and the United Kingdom are gathering in Ankara to discuss right to employment through the lens of union activism.
The 3rd International Symposium against Discriminations will be organized by Kaos GL Association in Ankara on December 13-14.
The symposium will take place in dedication to the International Human Rights Day, December 10, at Tum Bel-Sen (Trade Union for All Workers of Municipality and Local Administration Services) Conference Hall. All the events are open to all and for free.
The Symposium that has been organized around the themes of rights-based struggle and social rights of LGBTs since 2012 will open “unions and the problems of LGBTs, women and youth workers” to discussion this year.
Check out some of the speakers’ highlights:
Sandra Vermuyten, Equality and Rights Officer, Public Services International (PSI)
Realising rights: Free from fear at the workplace
“No worker should be afraid at his or her work place because of other people’s prejudices. Labor unions tackle discrimination by promoting collective bargaining of fair working conditions and benefits, including domestic partner benefits in union contracts, for prohibitions forbidding employers from firing lesbian and gay workers because of sexual orientation, for programs to help end discrimination in the workplace and recruiting and retaining LGBT workers.”
Dr. Peter Purton, Policy Officer for Disability and LGBT Rights for the TUC (Trades Union Congress), the Confederation of Trade Unions in England and Wales
Trade unions and LGBT equality in Britain: An unfinished agenda
“From the start, LGBT trade unionists were also active in social movements. LGBT activists created a solidarity campaign with the great national miners’ strike that lasted for one year (1984/5) and this solidarity was a critical turning point – unions that were members of the Labour Party helped to win the first ever policy on LGBT rights at that year’s Labour conference.
“The TUC has played a major part in winning legal equality for LGB and T people under Labour governments (1997-2010): ending discrimination in the criminal law (age of consent for gay men etc), making discrimination at work and in goods and services illegal, securing equal family rights (adoption rights, civil partnerships – now consolidated with equal marriage 2012), by lobbying government, and working with LGBT communities... There has been a transformation in social attitudes from a large majority hostile to equality to an equal majority in support, over 20 years but the big challenge now is that prejudice and bigotry remain strong in schools/colleges, communities and workplaces. The evidence for this is large scale surveys of workplaces confirm LGB people 2.5 times more likely to be harassed at work; and LGBT community groups are struggling to survive in an age of austerity (a TUC survey confirmed this).”
Detlef Mücke - Confederation of German Trade Unions
From “It’s a private problem” to diversity mainstreaming via antidiscrimination legislation
“Since 1988 trade unions have campaigned government for an antidiscrimination law in order to get a legal basis for reforming other laws and for fighting for equal rights for LGBTI*- persons in society and in the workplace. In 2000, the European Parliament voted for an antidiscrimination law which led to a national law in Germany in 2006 (AGG). One result of this law was the creation of antidiscrimination agencies at national and federal level. Since 2001, there is also a law on same sex partnerships. Since this day there is no longer any legal justification for being discriminated against by the state. For schools it means that now heterosexual and homosexual lifestyles are to be treated equally. This situation has led to a public discussion and large firms are now calling for diversity mainstreaming, including the acceptance of sexual diversity. Right-wing groups, such as Orthodox Protestants and Catholics and right-wing political parties oppose these initiatives, leading to heated debates throughout Germany.”
The full program of the Symposium can be found here.