19 people are on trial, indictment consists of 3 paragraphs

İstanbul Pride March Case, in which 19 people are on trial, was postponed to December 23. All the advocators who are on trial, emphasized that they had exercised their constitutional rights and they would be at the Pride this year as well. 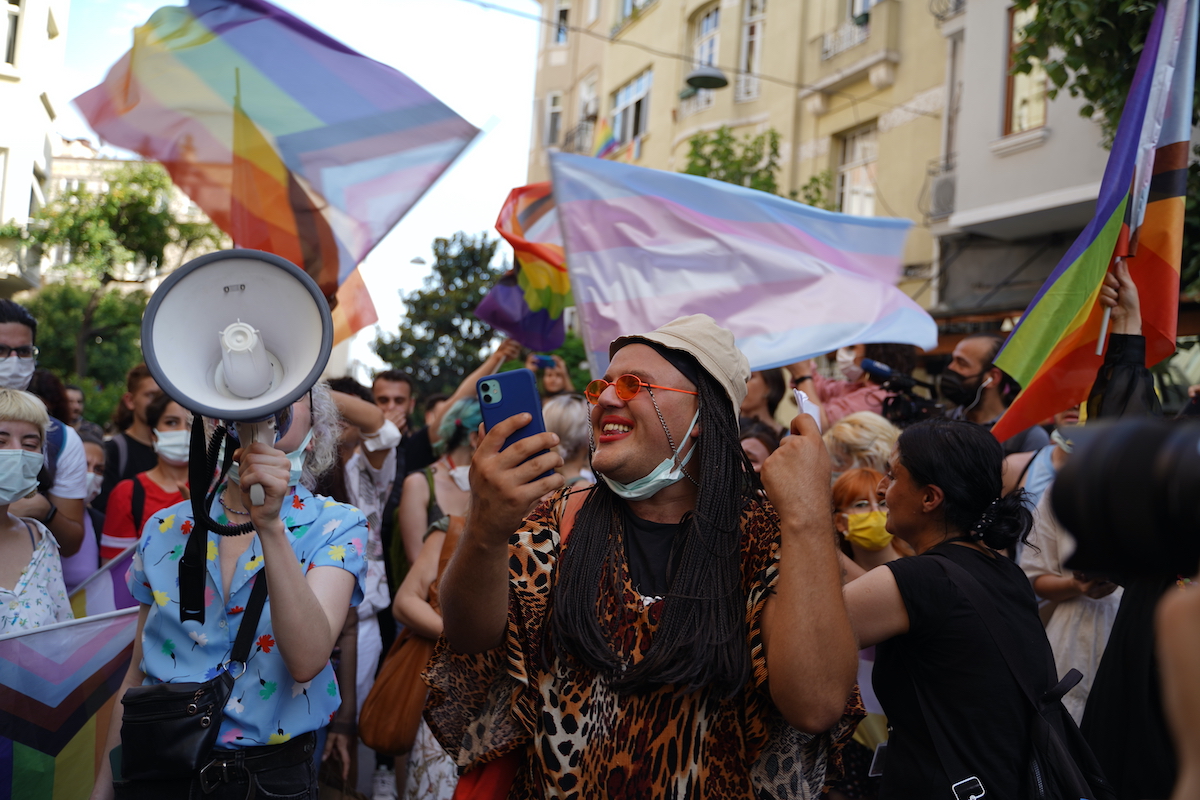 İstanbul Pride March Case, in which 19 people are on trial, commenced at Çağlayan Courthouse on May 13. The case was followed by MP Sera Kadıgil from Workers’ Party of Turkey (TİP), Member Council of TİP Meltem Kolgazi, Kaos GL, SPoD, Media and Law Studies Association (MLSA) and Amnesty International.

The press statement which was planned to be made in front of the court just before the trial, was prevented by the police.

Attorneys’ request for a larger hall was considered by the judge and all journalists and audiences were allowed to enter in, despite the prevention attempts by the police before the hearing.

Following the defending of the defendants and the lawyers, the judge postponed the trial, which went on almost four hours, to December 23, at 10.00 am, by considering the additional time request of the prosecutor in order to make up a shortage related to the file.

Following the identification, Att. Umut Rojda immediately requested acquittal. Yıldırım told that the investigating authority did nothing more than copying the police enquiry report and the indictment was prepared careless. Yıldırım underlined that even the ban decision of Beyoğlu District Governorship did not take place in the file. Yıldırım reminded that the ban decision was made at 17.00 pm however their clients were taken into custody by the police at 15.00 pm so detentions were unlawful.

The prosecutor, immediately expressed his opinion about the dismissal of acquittal. This request was rejected by the judge.